Hooray!
I finally finished illustrating my upcoming book with Philip Reeve, Jinks & O'Hare Funfair Repair!
The book's not finished; Jo Cameron still has to do a lot of placement work with all the files I've had to fix because there were little picture mistakes, and Liz Cross is checking with the proof reader that there aren't any text mistakes, and then it has to go the printer, etc. With Cakes in Space, Liz, Clare Whitston and Jo had to send the books back to the printer because I'd used SO much heavy ink with all the black outer-space stuff that the pages didn't have enough time to dry and went wrinkly! (But the printer fixed it and everything was okay in the end.) 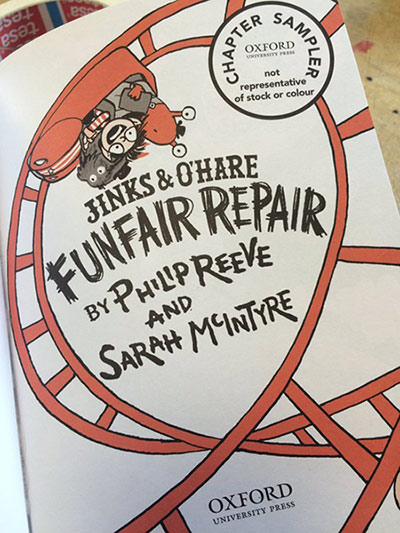 For Bologna Book Fair, the OUP book team printed up a sampler with the first three chapters, so here's a little peek at them. These are what are called the 'endpapers', even though they're right in the beginning and set the scene. 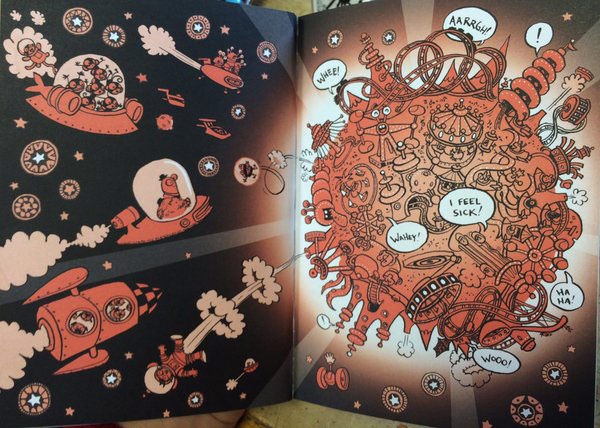 Philip really likes the slappy satellite. (I'm not sure why it's slappy, I just stuck a glove on it to make it look more interesting.) 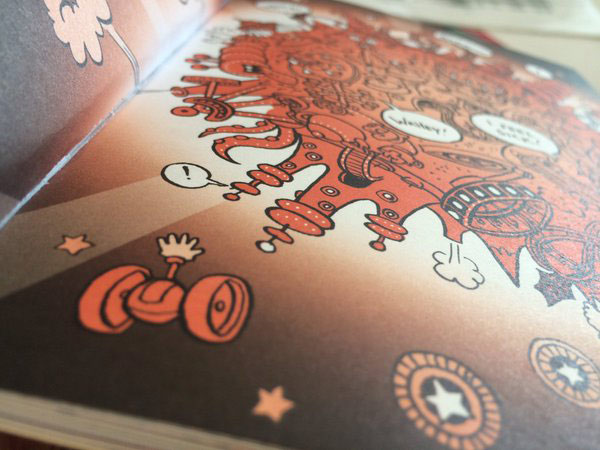 And here's Emily, in her bedroom on Funfair Moon! 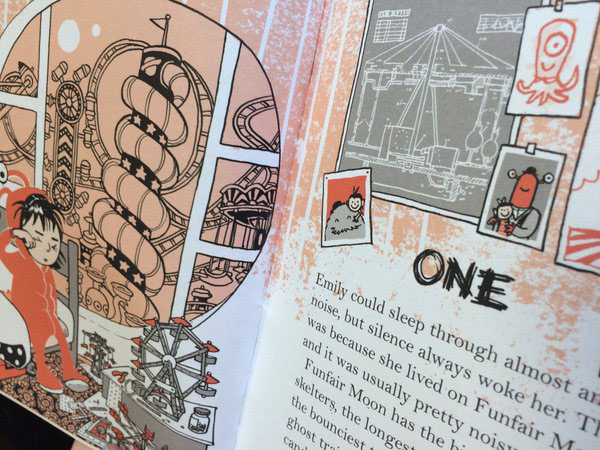 Emily's based very much on my studio mate Elissa Elwick and Emily wants to be a funfair engineer more than anything in the world. (Not our world, an alien world that's all funfair.)

That's Elissa on the right in the yellow, celebrating with cake, and craft team Lauren O'Farrell (who designed the knitted Pug, Sea Monkey and Jampire patterns) and her working partner Sami Teasdale. 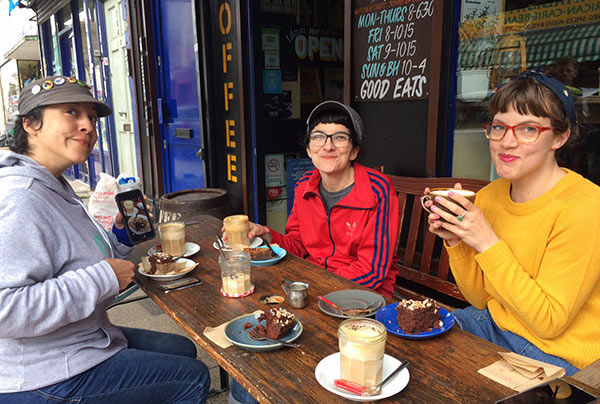 The book doesn't come out 'til September but I'm already excited! Go go Jo and Liz and book team! :D

Edit: Here's a photo just in from designer Jo, who is ON THE CASE! :D 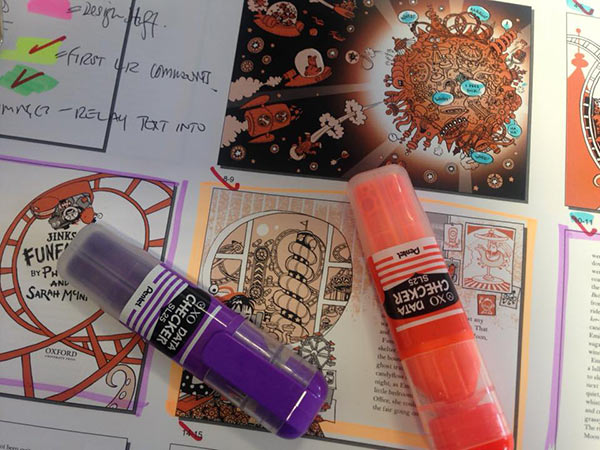 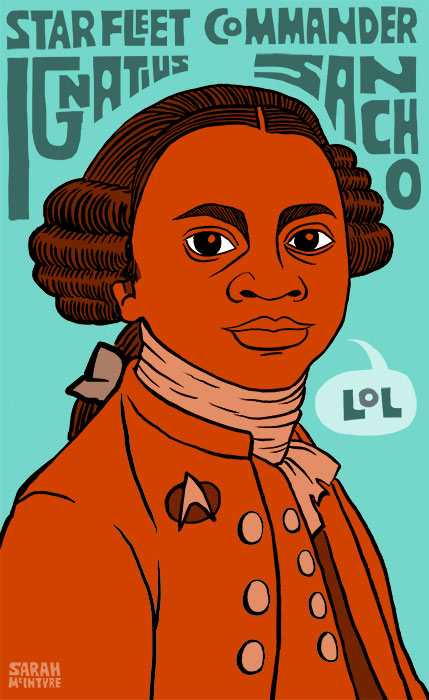 Here's my #PortraitChallenge for today! It's a 1750s portrait of Ignatius Sancho, painted by Allan Ramsay. (You can find out more about it here.) 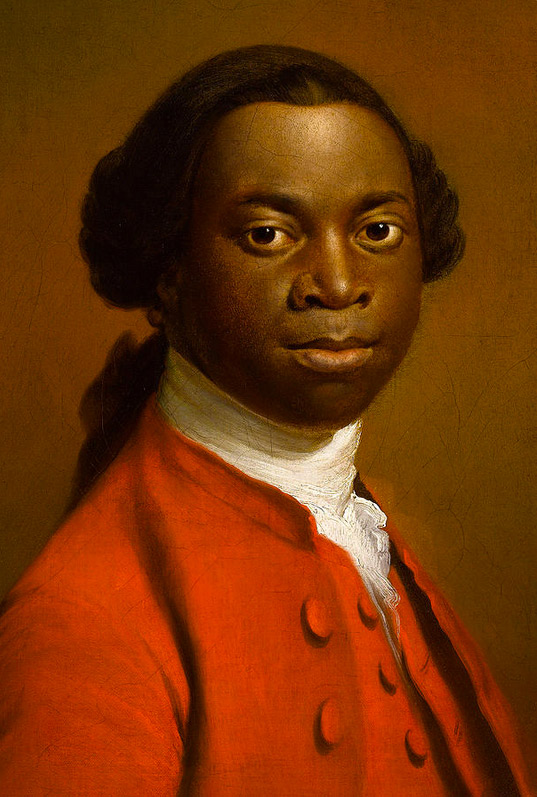 I did another one in the end, a bit more loosely, in watercolour. I've been doing a lot of digital colouring lately and it's nice to get the paints wet again. 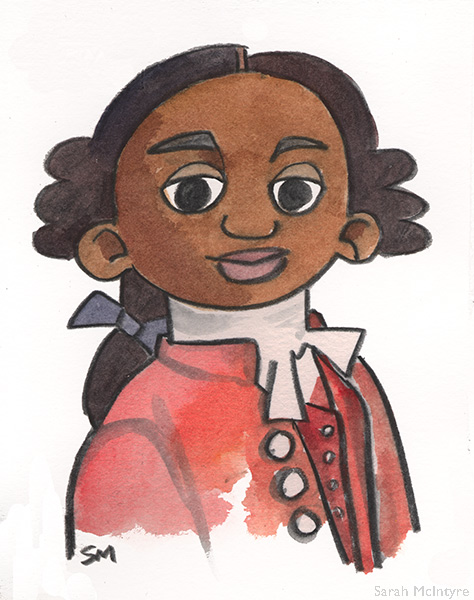 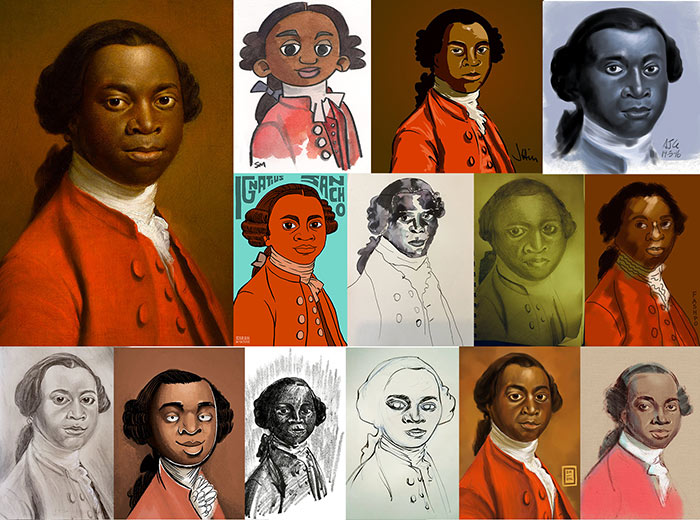