Something very exciting happened today... I went to the Scholastic UK offices and got to meet Alan MacDonald, the writer of our upcoming picture book, The Prince of Pants!! (You might recognise Alan as the writer of the Dirty Bertie books with David Roberts.) 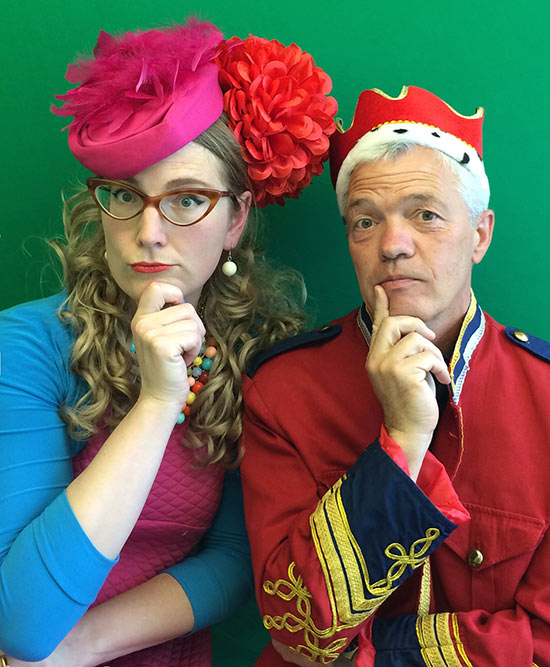 Lately I've gotten used to working on books with people I already know, but Alan's text was so good, and had so much space for me to put fun stuff into it with the pictures, that I jumped on it. But I kept being like, WHEN ARE WE GOING TO MEET??! HUH? HUH?? So FINALLY. (And he's ace.) Also fabulous are the team we worked with on the book! Here's our editor (who's from Finland!), Pauliina Malinen, and I worked on the pictures and layout with awesome designer Strawberrie Donnelly (on the right). 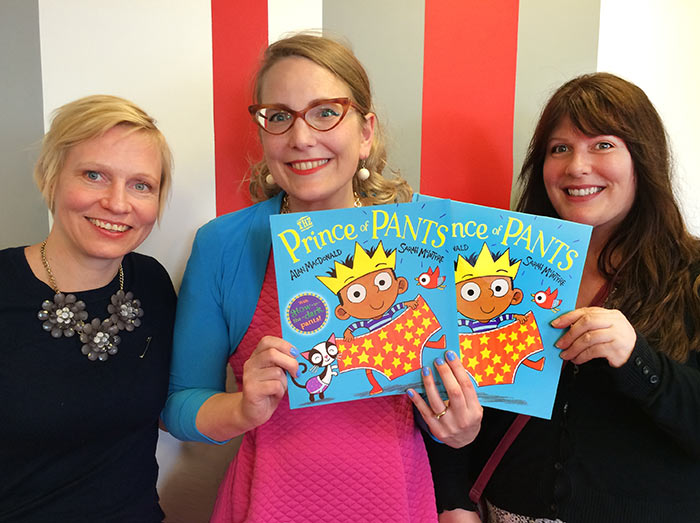 Strawberrie took a big risk with this book because she tried out a brand-new kind of ink, and we had no idea how it would turn out. On the first test print run, everyone's skin came out bright orange, like Donald Trump, and we were so nervous that it wouldn't work on the second batch... but it did! The colours look awesome and... oh my goodness, are they BRIGHT! I hope you get to see what I mean, you could almost get a suntan if you looked at the interiors of this book for too long. And the glow-in-the-dark pants at the end really glow!

Here are a couple development paintings I did right at the beginning of the project, to try to figure out how Prince Pip would work. You might recognise the fat pony from the #PictureMeanBusiness campaign. I've been slightly obsessed with fat ponies lately. (Credit to Philip Reeve, who actually painted the first fat Pegasus picture.) 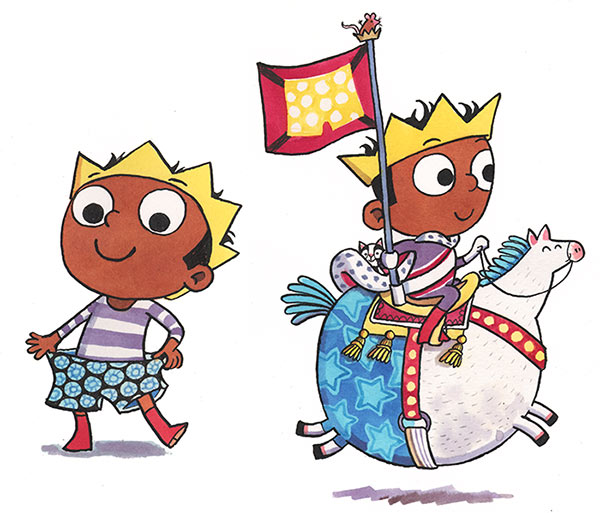 And here are our publicity team who helped us make some videos, Lucy Richardson and Olivia Horrox. I did a couple drawing tutorials (which I hope I can show you later), and we even filmed ourselves singing our new PANTS song. I was super-nervous, I'd only practiced it the night before, and I didn't know if I'd be able to play it without fluffing it every few strums on the ukulele. But I was super-proud that we did it in one take, even if I broke out in a massive post-traumatic stress sweat afterward, like all the menopauses at once, ha ha. 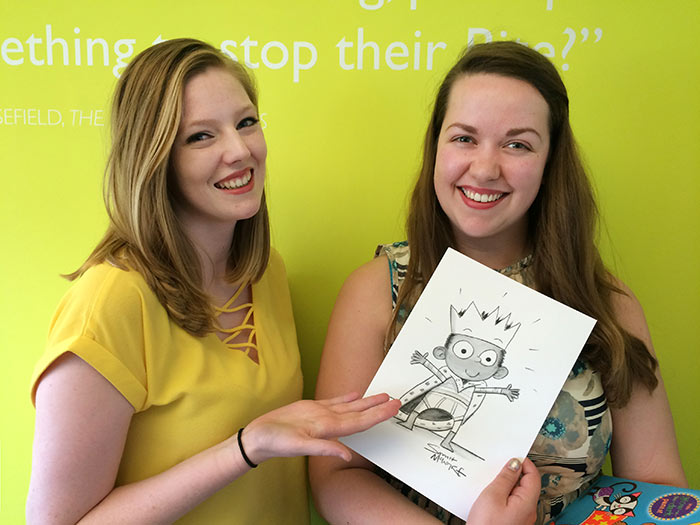 The Prince of Pants comes out in October, and we can't wait to show it to you!
Collapse