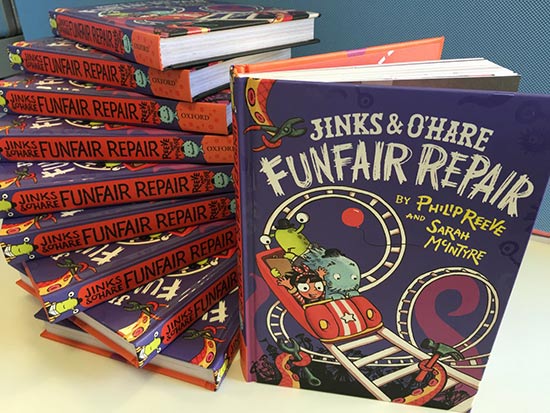 'So what inspired Jinks & O'Hare Funfair Repair?' you may ask. Where you and your co-author Philip Reeve get the idea?

When I was eight years old, my mother woke me up and popped a question: if I could go anywhere in the world, where would I want to go? I think I said, 'The Seattle Science Centre', which sounded about as cool as a regular day could be. But my mother said, 'I mean ANYWHERE in the world'. So I said, 'Disneyland, of course'. (As IF I'd ever get to go.) And my mother said, 'Well, pack your bags, our plane leaves in a few hours'. And I was completely gobsmacked. My parents hadn't been sure if the trip would work out, so they left it to the last minute, and after we went, if you asked me that year, what the best thing in my whole life had been, I would have said 'Going to Disneyland' without hesitation.

So it seemed right, when Philip and I could set our book anywhere in the world - in the universe, in fact - to choose a big amusement park. And the best bit, I could go to Disneyland Paris AS RESEARCH!! 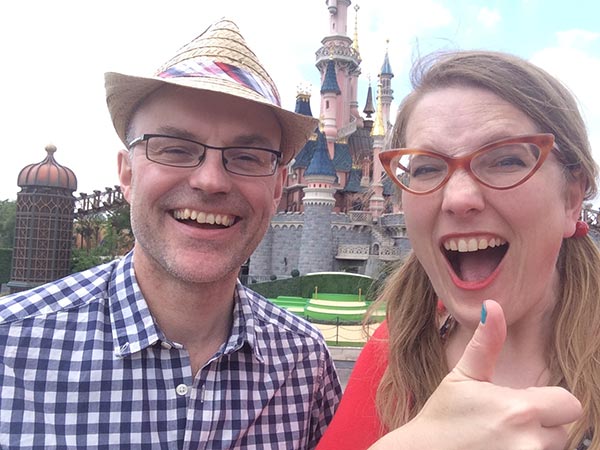 That alone would have made my eight-year-old self say that I have the coolest job ever. So Stuart and I did go, with some friends who had a very obliging five-year-old.

Thunder Mountain was still my favourite ride. Space Mountain was closed just like it had been when I was a kid, Pirates of the Caribbean was a little less convincing but still cool, the Haunted Mansion was very disappointing because I remembered it being WAY more magical in California all those years ago with a ghost that would actually sit in the pod with us. The much newer Buzz Lightyear ride was a great surprise because we got to do lots more than sit, but actually shoot at aliens. The Indiana Jones roller coaster had all mechanics of a good ride, but I realised the reason Thunder Mountain is so much better... it's because its designers treated it like storytelling: the roller coaster design used a lot of the same techniques of getting the passengers excited, building intensity and revealing a great view of the scary bits just before sending us flying down a slope. That gave me a whole new appreciation of roller coaster engineers, who are basically building a story.

Jinks & O'Hare Funfair Repair was the very first project Philip and I got published, originally as a four-page comic strip in Issue 44 of The Phoenix Comic. I knew Philip more as a writer and he knew me mostly as an illustrator but we swapped roles: I wrote the story and Philip drew it (and then I coloured it). 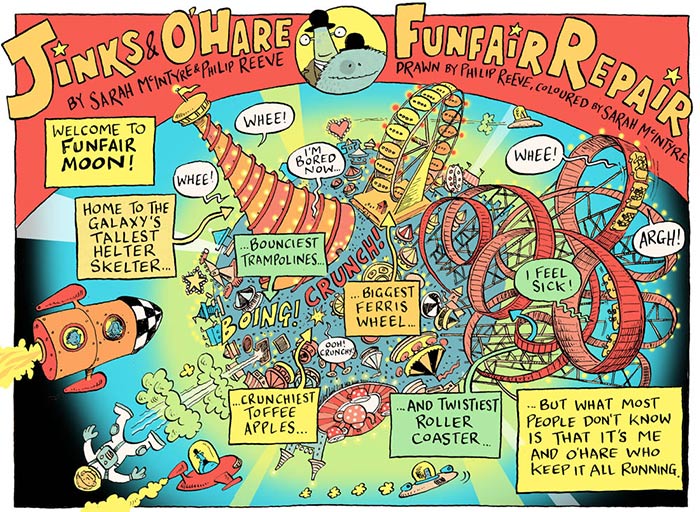