Last night I watched the second US presidential debate and it seemed to me that Donald Trump should have lost utterly; he bullied, he wouldn't answer questions, he didn't talk about health care and Syria as much issue forth a string of nonsense phrases. Hillary Clinton was calm and professional, but from what I can gather from the response, that's exactly what Trump supporters hate about her: they think her professionalism is a nasty facade, that Trump in his blundering and blustering 'tells it like it is', that he's someone much more real than she is. 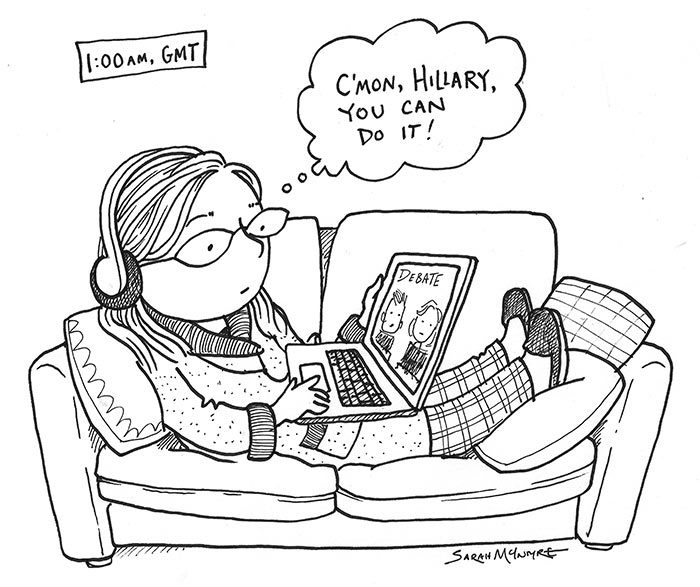 I'm still trying to get my head around it. When I go on Twitter, I see two different kinds of people: one group talks about identity politics, discusses how to use gender pronouns without causing offense, argues about cultural appropriation, gets upset when women and minorities are belittled. The other group sees this kind of talk as some bizarre foreign language and bristles at it for being pretentious and fake. And for all the arguments put out on social media, neither side seems to have much power to convince the other because they have so little common ground or even the same vocabulary.

A lot of what the left are arguing about often seems to come down to Good Manners: making people feel accepted and valued, not belittled. And what the right seems to be arguing is that they want people to be genuine, not belittle each other by using academic buzzwords that other people can't understand, they don't want people to make them feel stupid.

When I use the term 'Good Manners', it feels prim and old-fashioned, from the days when we as American schoolchildren were taught about equality and respect as ways of being good citizens. We looked to our president as not just a political leader, but a model of graciousness and decency.

But then we grew up. We learned that while we'd been taught about equality, there was a reason no one in our classroom was black, while kids in classrooms in poorer part of the inner city were mostly black. We learned that the government did bad things, even though they were polite on television. Even though we'd been taught that the Bible endorses capital punishment, we found out that people on death row were disproportionately black and that people with mental handicaps were being sentenced to death; suddenly the obvious 'scriptural' arguments didn't seem so obvious. We'd been taught that 'God is love' and we saw people of this faith being vicious to gay people. We discovered that the pursuit of the American dream could mean bankers pocketing vast sums at the expense of the little people in their companies.

We said, 'What are these 'Good Manners'? They had a musty Victorian smell and smacked of power imbalances: a man holding a door for a woman because she was 'the weaker sex'. Children calling adults 'Mr' and 'Mrs' and too afraid of their elders to report abuse. A lot of these manners got thrown out to the tune of Bob Dylan songs: anyone could hold the door, kids called their friends' parents 'Bill' and 'Marcia'.

And then the Internet arrived: social media, where everyone could have an equal say. Anyone could say things to popstars, authors, politicians, celebs. Except it wasn't really equal, popstars didn't pay attention to your average Joe with 65 followers, and the only way Joe could be heard was to be so utterly offensive as to shock people with threats and make them notice. But most people weren't like that, they watched and worried and felt confused, angry and sad.

It seems to me that both left and right are trying to reinvent 'Good Manners'. The right are angry that they're not listened to or taken seriously when they protest their area is losing jobs. They want themselves, and people like them, to be taken seriously and respected. The left argue that they'd developed ways to listen to everyone and take everyone seriously regardless of race, gender or sexual preference. But they're angry that the right isn't taking time to learn the increasingly complicated language they've developed for it. The right feel incensed at what they see as a waste of their tax money on schemes exploring this inclusive language that just seems designed to make them feel stupid because they can't keep up with the latest PC trend.

So each side rails at each other: 'Respect me! Respect my people!'

And neither side attempts to understand the other side because the other side just seems plain selfish and rude. One of the marks of respect is trying to put ourselves in someone else's shoes, imagine we're in their situation. But when the divide is so great, we can't. People on the left genuinely can't put themselves in the shoes of someone who believes in small government and tries to make up the slack with grass-roots community efforts. All that work that right-wing person did, helping in soup kitchens, tutoring Mexican kids, working in prisons, goes unseen. And a person on the right doesn't see the left-wing person trying to affect changes in the government so the poor, marginalised and disabled don't get overlooked.

There are good things happening on both sides of the political divide, but that's not the stuff that goes viral on social media. It's outrage that makes good clickbait. 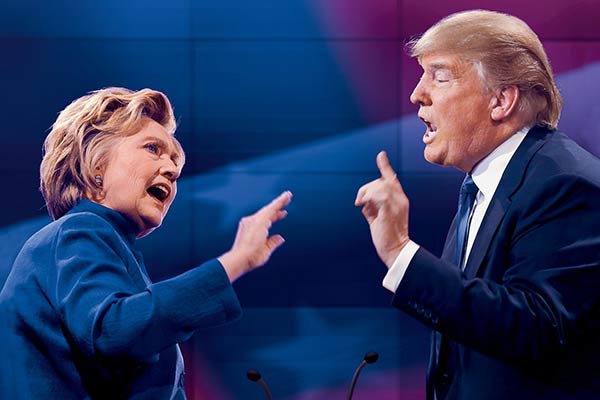 Photo from The Atlantic

So we don't know how to communicate respect across the gap because we don't share a coded system for good manners anymore. But we do share one thing: we don't want to fall back on false codes of conduct, we want people to be genuine. We don't want politicians who say all the right words about the economy but still let it crash as bankers run off with our money. We don't people only to stop saying the 'n' word, we want equal social justice for black people. We all want people to listen to us and take us seriously as human beings. ...This is not a bad thing!

But there are so many people to listen to. We can't hear them all. We get overwhelmed. In the old days, we listened to our neighbours, the people at school, work, at the supermarket, a few columnists in the newspaper. Now we have a digital wall of light and sound and noise and we pull back in fear. David Bowie, The Man Who Fell to Earth

At least with political sides, that reduces the number of people we need to get to know, we can shun those on the other side and put our efforts into talking with our own people. But then all the nuances are lost and we can only understand the other side through stereotypes. And as stereotypes grow, people grow into their stereotypes, take them on as identities, and feel proud of them as a mark of belonging to that one set of people.

Belonging is a big part of feeling respected. We're among our people, they understand us, they won't make us feel stupid.

So when Republicans leaders start defecting to the Democrats, or at least refusing to vote for Trump, suddenly people who don't 'belong' with the left, or speak its language, enter our arena. The left don't know what to do with them, they're alien. They talk about respecting women because they have mothers and daughters, and the left shout, 'But you should respect women as humans, not because you have a family link to them!' The left even go so far as to call them 'cowards' for stepping over the line. 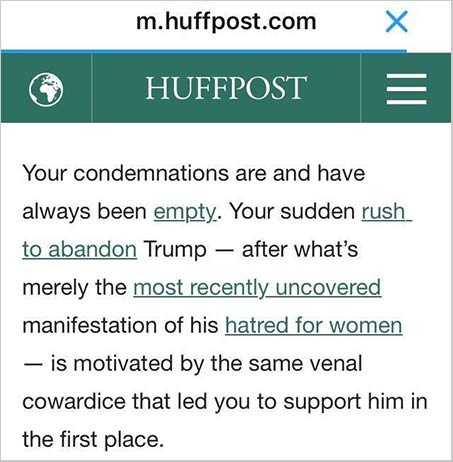 And that's where I think the left may be going wrong. Unless we want an entirely divided country (and this is happening in Britain, too), we need to find ways to let people step over the line on both sides. We need to find ways of letting people feel respected and that they belong, even when they don't speak our language. We need to have the humility to say that the right might sometimes have good points to make, or at least listen so we hear their side of the story. And as tempting as it is to jump down somone's throat the minute they don't speak the language of the left, we need to find a way of talking with them that won't send them running straight back to the right in anger, where they 'belong'. Sometimes we need to translate our leftist coded language, not expect people from the right to speak it fluently as soon as they arrive. Just talking more loudly doesn't help.

Is this possible? I don't know how to do it on the large scale of politics. It's a tricky balance, standing against what we see as injustice and having the time and humility to listen to people whose ideas offend us. Like Trump, we keep wanting to interrupt the first moment we don't agree with something.

How do we do this? How do we make everyone feel respected and listened to, because we're genuinely respecting them and listening... when there are just so many people out there? I think that's the hardest question in politics right now.
Collapse