Here's a peek at my drawing for today's #PortraitChallenge over at @StudioTeaBreak on Twitter: 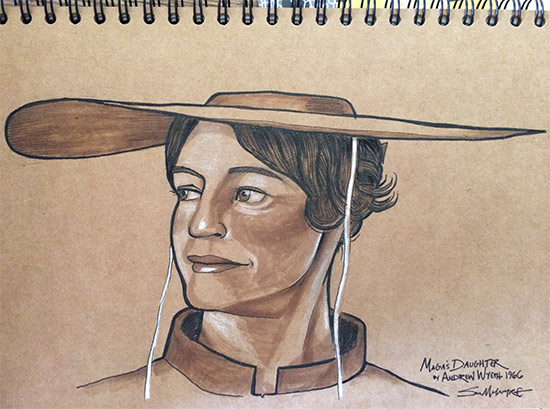 The original painting's called Maga's Daughter by Andrew Wyeth, from 1966. See more interpretations of the picture over on the Virtual Studio page! :) 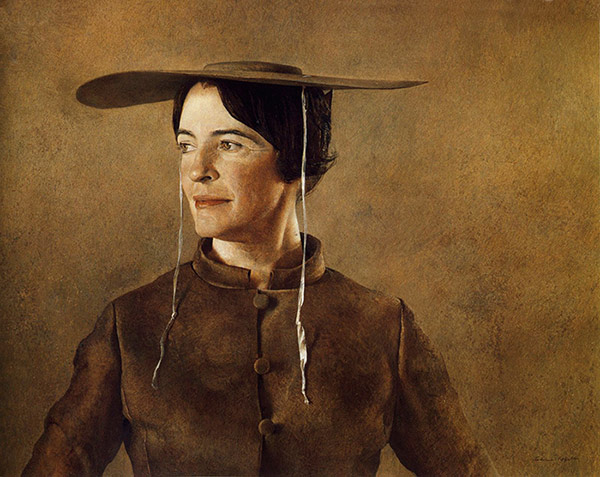 I've been travelling and trying to draw in my sketchbook. It's fun drawing on brown pages, it's a bit more forgiving than stark white. Here are a couple more portraits, both drawn from photos stored up on my camera. One is Hannah Penny, a new publicist at Oxford University Press, and the other is Andrew Salmond, the manager of Gosh Comics shop in Soho (where Alan MacDonald and I recently signed a bunch of their Prince of Pants stock. 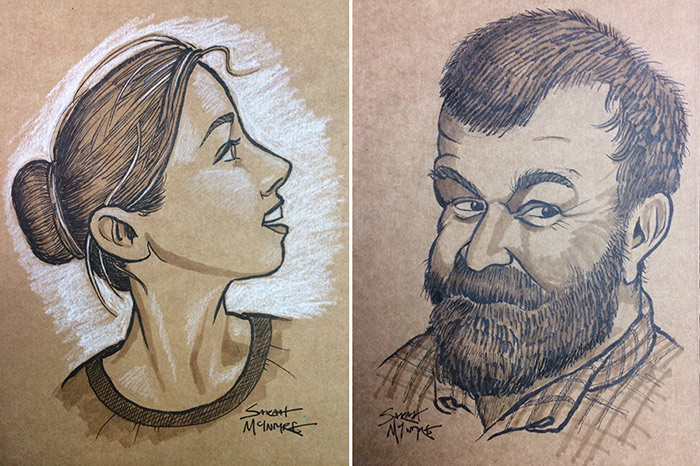