I'd never visited the Midlands town of Loughborough before, so when my Jinks & O'Hare Funfair Repair co-author Philip Reeve and I visited for their Loogabarooga Festival, I was keen to explore. I think this was our highlight, a statue known as Sock Man: 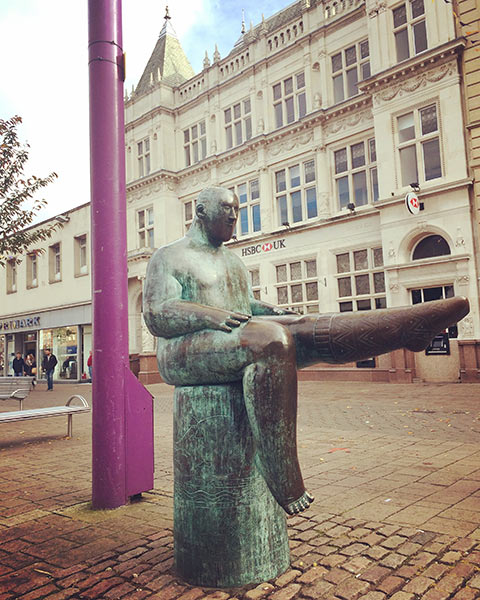 I looked up Sock Man on Wikipedia, 'a bronze statue celebrating Loughborough's association with the hosiery industry'. Sock Man really does look terribly pleased with his sock, and I gave him a little massage. 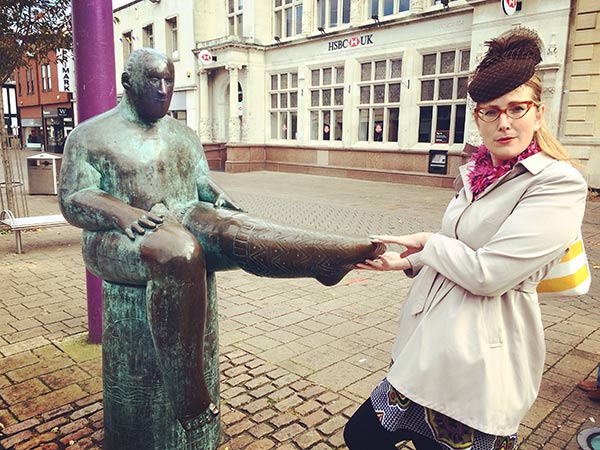 I’ve been running about on stage at various book festivals and wearing flamboyant costumes with my co-author Philip Reeve for several years now. We talk about our books together, but if we invite the audience to ask questions, there’s often one that pops up: ‘Is there any news about Peter Jackson turning Mortal Engines into a film?’

But ten years since the film was first discussed, Reeve has a new answer: YES. Peter Jackson IS going to make a Mortal Engines film!

You can read Philip's new blog post about it here. Cue mega-excitement among long-time fans! And Scholastic UK’s decision to reissue David Frankland’s original covers for an anniversary edition really starts to make sense. From what I understand, it will be shot in New Zealand, with a script by Peter Jackson and Fran Walsh. Christian Rivers will be directing, and it's first film but he was an assistant director on The Lord of the Rings and King Kong, so he'll know his stuff.

Some links to breaking news, starting with Peter Jackson's Facebook page, follewed by: 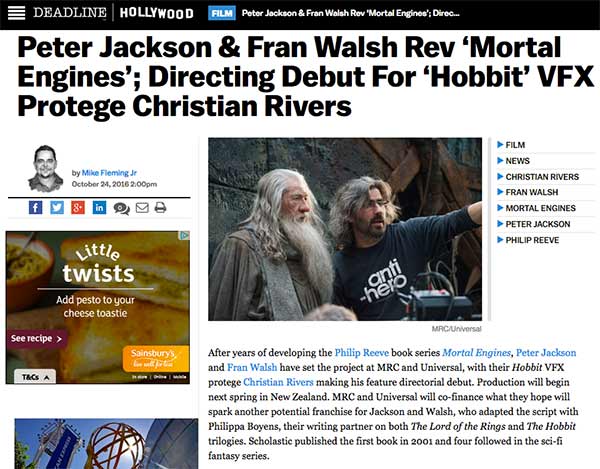 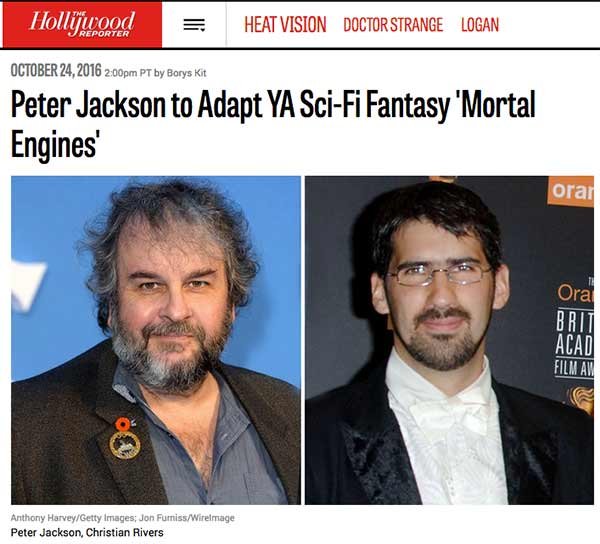