Exciting times: this week in Ireland, a lot of people in the children's book industry are taking a stand for illustrators getting proper credit for their work. Sparked off again by an awards ceremony, this time it was illustrator Margaret Anne Suggs who was left out of credits for her winning picture book. You can read the details cited by Children's Books Ireland in yesterday's Irish Times: 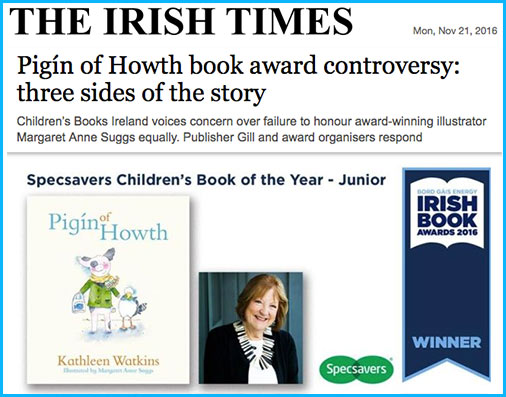 Awards ceremonies are taking a lot of flak right now for not crediting illustrators properly, but it's what makes them so important, and why we owe them a debt of gratitude. Most people never notice the small-fry stuff when illustrators get overlooked. Often even the illustrators themselves don't see when they're not credited for tweeted images or listed in bookselling metadata. But awards are right there in your face, people pay attention and there's public debate. The people who stage the awards are almost always fervent book lovers, and they want to get it right; their positive responses can set off a tidal wave of change in the industry.

I think a lot of illustrators will be able to relate to something Sheena Dempsey wrote:

Read all the articles here in today's Irish Times. 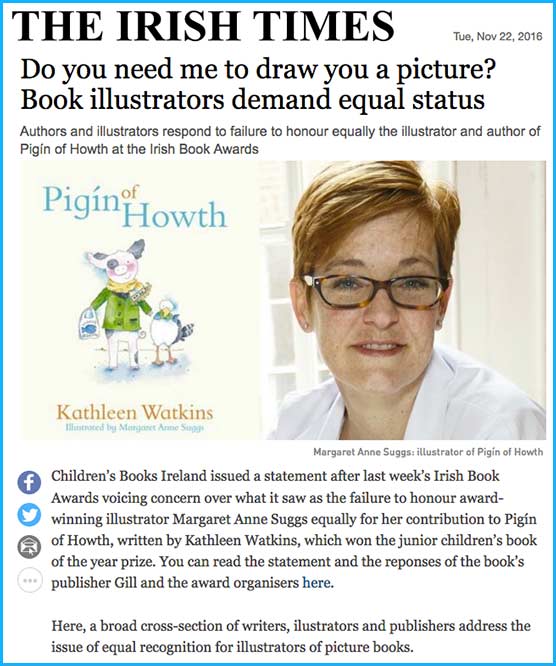 Another name you should note is artist Declan Shalvey, he's been working hard on the similar #ArtCred campaign in the comics industry.
( Collapse )
Collapse