It's so exciting to see the new teaser trailer for the film based on the first book Philip Reeve wrote that he ever had published, Mortal Engines. Hurrah!

When Philip and I first became friends, we did a lot of drawing together and finally thought we should collaborate on a project. The very first one was a Mortal Engines Christmas story, featuring young Hester and Shrike, which you can read here on Philip's blog. 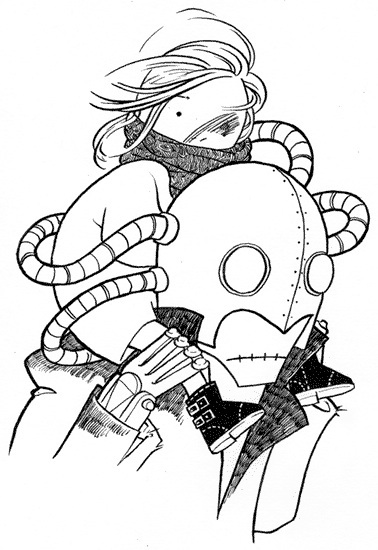 Philip's not on social media that much at the moment; I think he's not that interested in hearing people's theories directed at him about why the film is going to be brilliant because [fill in the blank], or a total failure because [etc], before anyone's actually seen it next Christmas. The film production team will make something new (a film always is something new, not a repetition of the reading experience), and hopefully wonderful. I'm absolutely thrilled and looking forward to whatever it will be! In the meantime, you can read Philip's blog here about his recommendations for what order to read the Mortal Engines quartet and the Fever Crumb prequel trilogy. (I started with Fever Crumb, but most people start with Mortal Engines; either one works fine.)

And here are the four books we've created together! We think up ideas for stories (often starting with Philip asking me 'What would you like to draw?') and then Philip writes them and I draw the pictures. But Philip's a great illustrator (that was his job before writing), so I often get help from him, and he phones me up when he's stuck for where the story should go next. You can find out more about each book and get links to various book-related activities on my website.

And here's our latest, an activity book based in the world of all four of the story books. It also contains the origin story of Kevin the fat flying pony, who's starring in our next book! 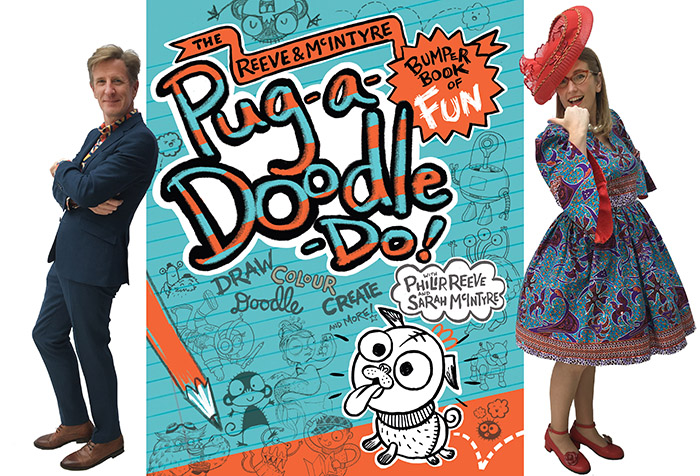