It's fabulous seeing schools get on board and get creative with our Reeve & McIntyre book Jinks & O'Hare Funfair Repair! But we realised not everyone knows how the story origially came about... 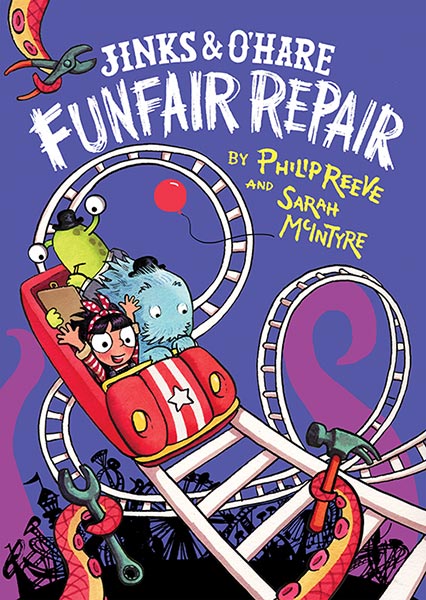 Even though we call ourselves 'co-authors', a lot of people assume Philip Reeve thought up the idea and wrote the story, and then I illustrated it. But that's not how we work! For each story, we've done it a bit differently, but we always like to think up ideas together, often starting with Philip asking me, 'What would you like to draw?' Jinks & O'Hare Funfair Repair was one of our earliest ideas, and started with a dare. Since Philip was mostly writing by then, and I was mostly drawing, I dared Philip to make a four-page comic strip with me for The Phoenix Comic: I would write the story and then he would draw the comic. So I wrote out a script about these funfair repair aliens, thinking it would be a great set-up for future stories if we wanted to create them: rides could endlessly go wrong on Funfair Moon, for various bizarre reasons, and need fixed.

In the end, Philip did some of the writing, too, because while he was drawing it, he thought of funny little details and we changed the script a bit to accommodate them. Then after he did the black ink lines, I went in and added the colour in Photoshop on my computer. And here it is, from Issue 44, all four pages! (Do check out The Phoenix Comic website for a fabulous weekly magazine and compiled books of their family-friendly comics!) 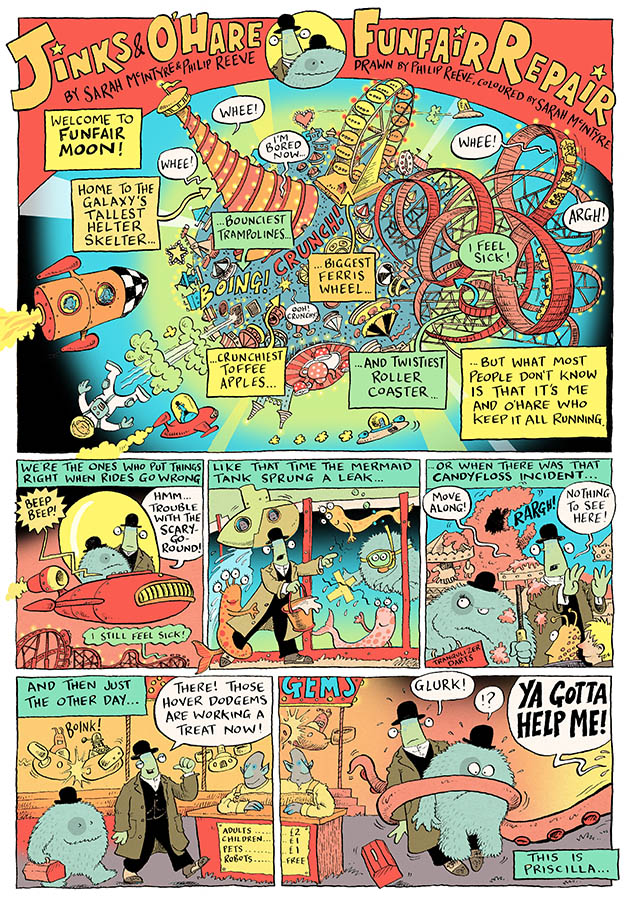