I've been signing 100 bookplates to send off to lovely Stephen Holland, the owner of Page 45 indie bookshop in Nottingham. (I got them printed at printed.com, on their heaviest 'gesso' paper, and they turned out well!) 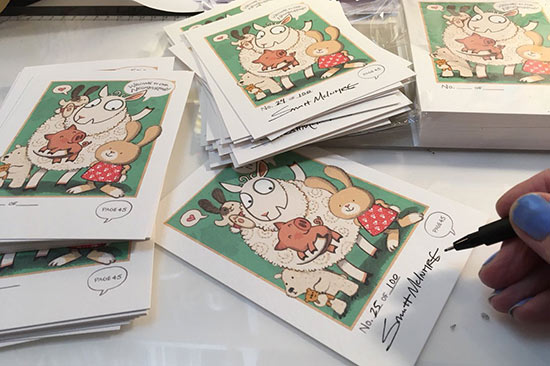 Stephen's running a special offer where the first 100 pre-orders of The New Neighbours (in hardcover or paperback) will get a bookplate edition. He says the orders are coming in fast, but you might still be able to get in there if you order now. (He ships worldwide!)

People often ask me how I make the artwork on the pages of my book, and it varies, from book to book, depending on what I think might work best with that story. Here are my four stages of illustrating The New Neighbours:

1. Thumbnail roughs: I started with very rough versions of each two pages (or 'double-page spreads' as they're called in the book business). This version is called a 'thumbnail', because often it's very small, like a thumbnail. These just have to be detailed enough to give my David Fickling Books editor - Alice Corrie - and my designer - Ness Wood - a very basic idea of what will go on each page. I scribbled them with my mouse pen on a Wacom tablet, leaving room for the words I'd been working on with Alice to get just right: 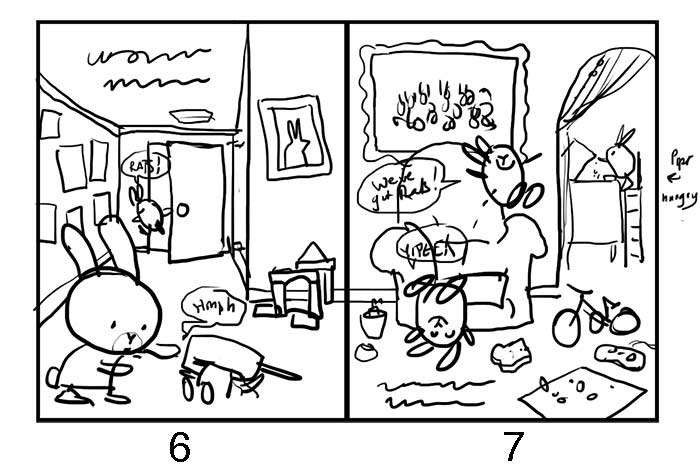 2. Pencil rough: For this stage, I cut some thin, plain cartridge paper to 110% of the size that the actual book page is going to be. This time I drew more carefully, and tried to make sure nothing important (such as a character's face) might disappear down the middle of the book, known as the 'gutter'. I also didn't want to draw anything important too close to the edge in case it accidentally got cut off when the printers trimmed the paper. Sometimes when other publishers reprint the book in other countries, they slightly resize the pages, and I needed to give them a little bit of wiggle room. 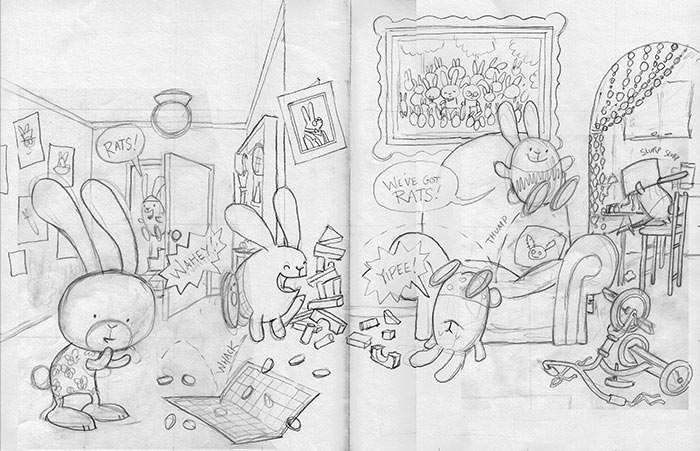 3. Final pencil outlines: When Alice and Ness were happy with the pencil roughs, I moved on to working on the final artwork. I drew all the basic lines in black watercolour pencil, to try to capture some of the softness of the bunnies' fur and get some more texture than I usually get with black ink. I drew the words and speech bubbles on a separate layer and added those in Photoshop, but you get the basic idea here. (The reason the text has to be added separately is because the book will be translated into different languages, and they'll need to remove the English words.) 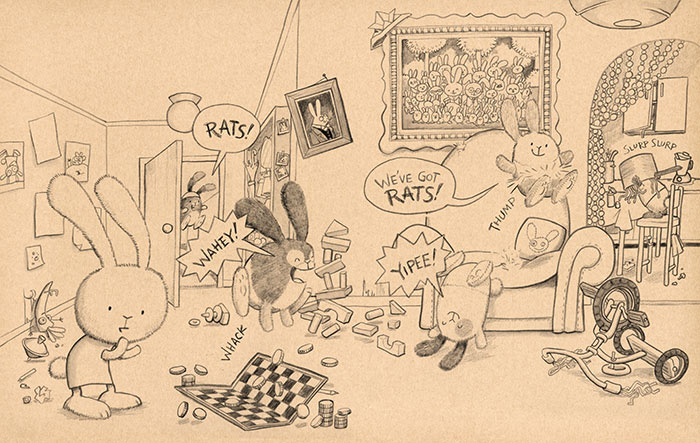 4. Adding colour: After I scanned in the pencil art, I started building up layers of colour in Photoshop, and the occasional collage bit, such as the kitchen linoleum (which is from a photo of the kitchen in the house where I grew up!). 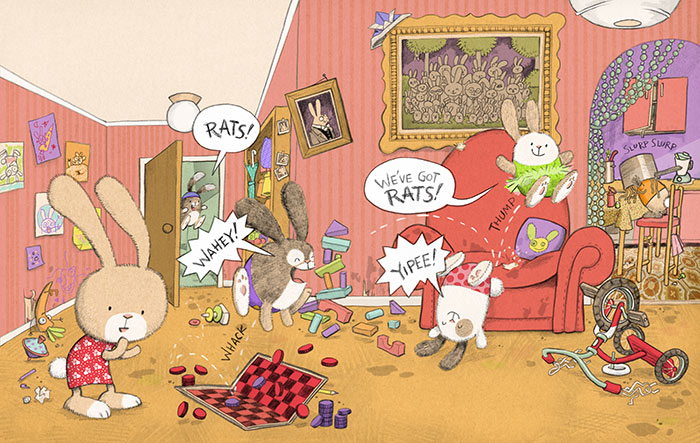 This is the stage where I e-mail all the double-page spreads to Ness (300 dots per inch, full size), and she adds the final text and creates the InDesign file to send to the printer. This time we sent the files to Toppan Leefung in China, who printed and bound the books, using Forest Stewardship Council certified paper from responsibly managed forests.

The New Neighbours launches March 1st, and I'm very excited! If you can pre-order if from an independent bookshop, that will help the bookshop a lot - so they know how many books to order - and help me, too, because the numbers from first-week sales let other bookshops know to stock it! (Here's that Page 45 link 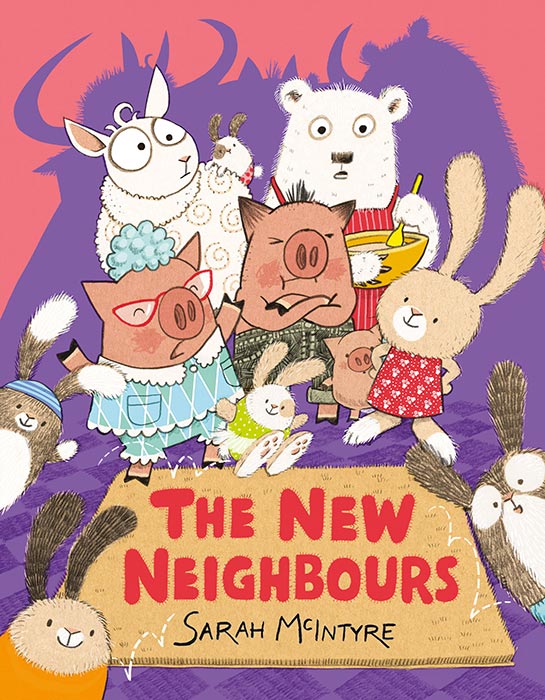