Wahey! So proud to be in this new collection of women comic artists! Remember that brouhaha a couple years ago, when Angoulême comics festival executive officer Franck Bondoux explained the lack of any women on their award nominee list of 30 comic creators? His explanation: "Unfortunately there are few women in the history of comics. That's the reality. Similarly, if you go to the Louvre, you will find few women artists... The festival loves women, but we cannot rewrite the history of comics."

The Inking Woman shows this argument is untrue. And this book doesn't even include ALL the women who make comics in Britain, it's a selection that makes a good read and shows off different styles. I'm so proud to be included in it! You can find out more about it on Myriad Edition's website. (Photo by Rachael House) 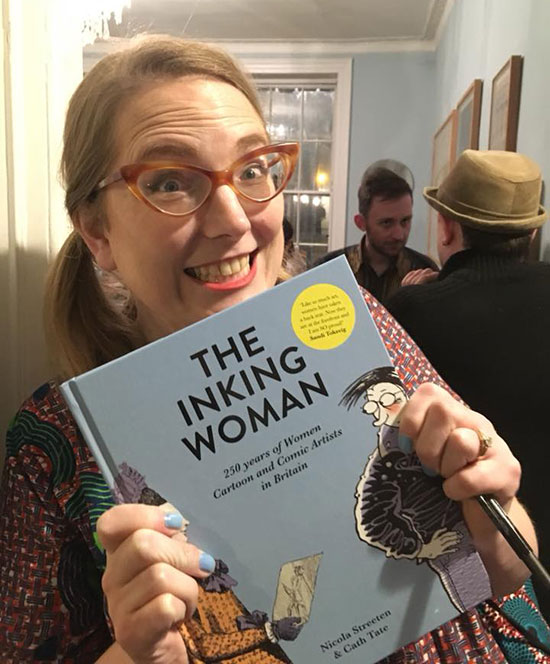 When the Cartoon Museum hung up my Vern and Lettuce comic next to one by Posy Simmonds, it was a highlight of my career. And now I'm next to Isabel Greenberg, another hero of mine! Super chuffed. I wasn't in the original Inking Woman exhibition there (I mostly do children's books, not comics), but there was a little gap that my Funday Times Shark & Unicorn comic (edited by Karen Robinson) fit into so they squeezed me in at the last moment. Both the Cartoon Museum and the House of Illustration featured exhibitions of women creators at the same time (hurrah!); you can read about Comix Creatrix: 100 Women Making Comics in this blog post. 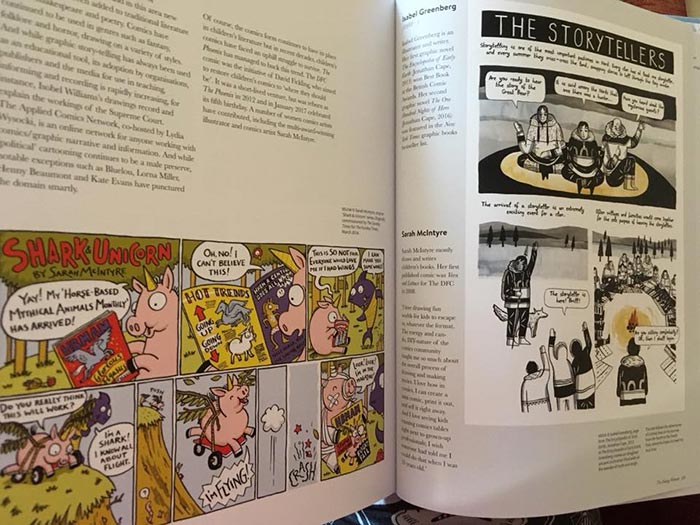 The woman on the left is Nicola Streeten, co-writer of the book with Cath Tate, and the woman who, with Sarah Lightman, set up Laydeez Do Comics. I was honoured to be a speaker at one of their very first meetings back in 2009 (maybe their very first?), and again in Dublin in 2013, and now they have meetings in Leeds and Birmingham, among other places. If you're interested in meeting people and finding out more about women comic creators (and they have some male speakers, too), do pop along to one of their meetings! The woman in the middle here is comic creator Ros Asquith, and the woman on the right is Roz Streeten (also known as colouring book creator Rosie Flo): 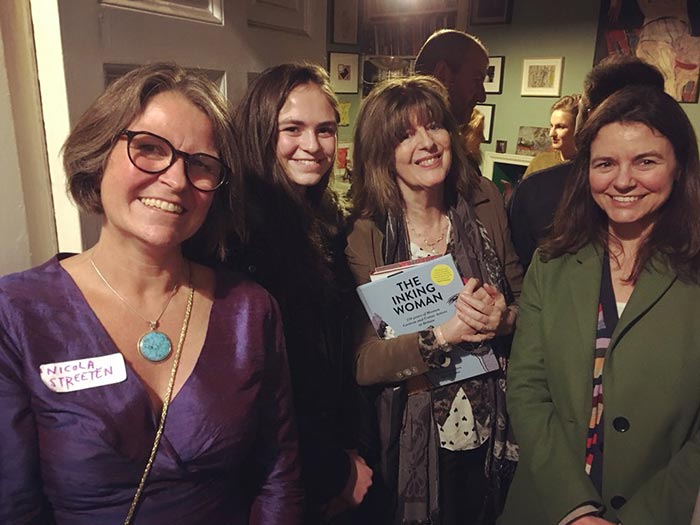