So Philip Reeve is my undercover agent at Bologna Children's Book Fair (actually no, he's being hosted by Scholastic to promote his Mortal Engines and Fever Crumb books). But he's just spotted our book coming out this September, The Legend of Kevin, at the Oxford University Press stand! Yay! 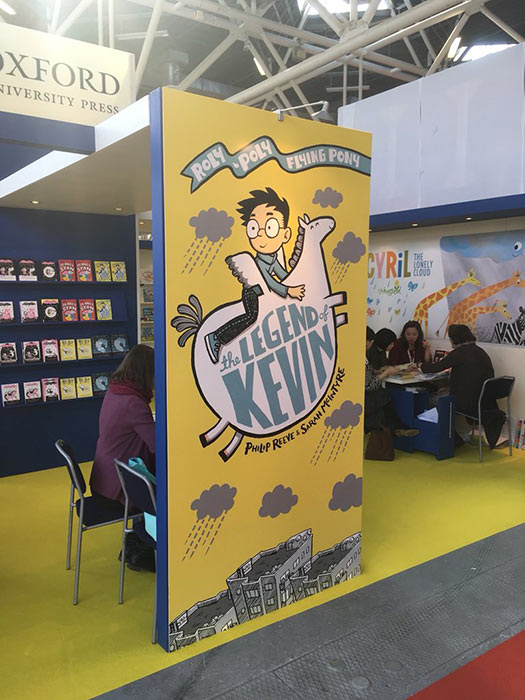 The Bologna Children's Book Fair is the biggest children's book sales event of the year, what the majority of our deadlines are focused on, and worth going out to see if at some point if you're an illustrator. Keep an eye on the English-language Twitter hash tag - #BCBF18 - for updates! (Philip's tweeting from @philipreeve1 and you can find out about our joint books here.)
Collapse