Who says you have to be physically present to run around the world's biggest children's book fair in Bologna? My Reeve & McIntyre co-author Philip Reeve got invited out by his Mortal Engines publishers, Scholastic UK, while I stayed back in London to work and recoup from an op. But I still really, really wanted to go. So Philip took a Mini Me along. We did a handover at Paddington Station, right before he flew out, and I tweeted these photos. 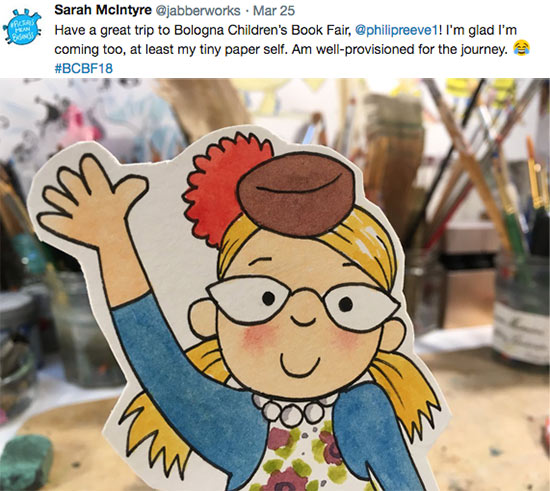 I didn't want to be a nuisance by demanding my own fancy hotel room in a city with hotels that are chock-a-block for the festival, so I took along a warm sleeping bag: 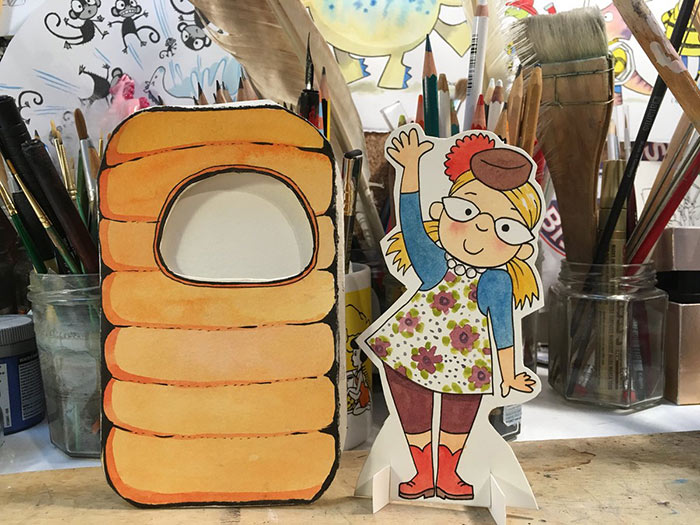