SHE'S BIG, SHE'S BLUE... AND SHE'S COMING TO A BOOKSHOP NEAR YOU!
Dipsy the Diplodocus has wanted to be a firefighter almost since she hatched from her egg. Launching 1 May with Scholastic UK, Dinosaur Firefighters follows her journey from being a little Diplodocus with a dream to being a HUGE force on Dinoville's firefighter squad. 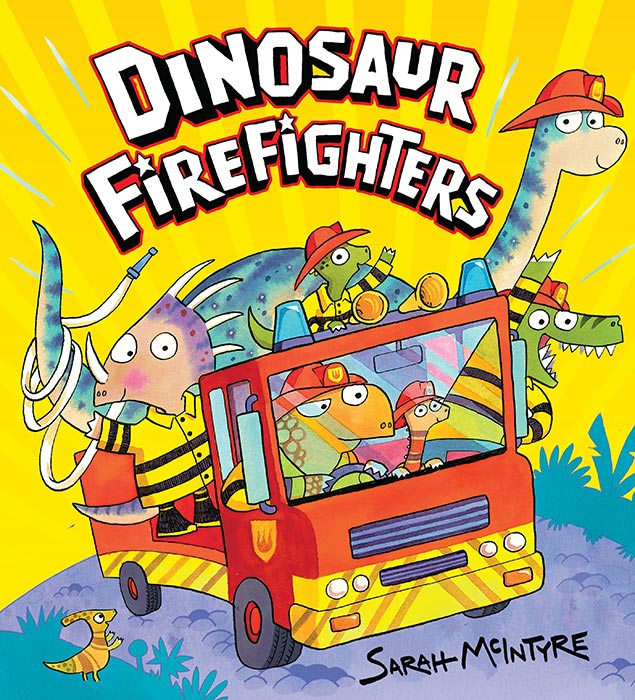 I had fun coming up with Dipsy. She's not conventionally girlish looking: I painted her blue and decided against giving her the eyelashes that often signify a character's female. In fact, you wouldn't know she's female except for the pronouns, and I think that's kind of awesome.

When I was a very tall pre-teenage child, I didn't look like a girl to most people, either. With my short spiky hair, wearing jeans and rugby shirts, my chest flattened by a sports bra, older ladies would sometimes look aghast to see me in women's loos and yell at me to leave. (I always left because I was too shy and embarrassed to explain.) But I was a girl, all the same, and I had various dreams to be an archaeologist, president, explorer, artist, horse trainer; not thinking of any of them as gender-specific careers. Dipsy's like that, and I hope girls will find her inspiring, and boys who love all things to do with firefighting will happily take on board a female dinosaur joining the fire service. (The hardest things isn't usually convincing children, it's getting browsing parents and grandparents to buy a book about a girl for their boys. With this book, they probably won't even notice until they've read it with their kids.) 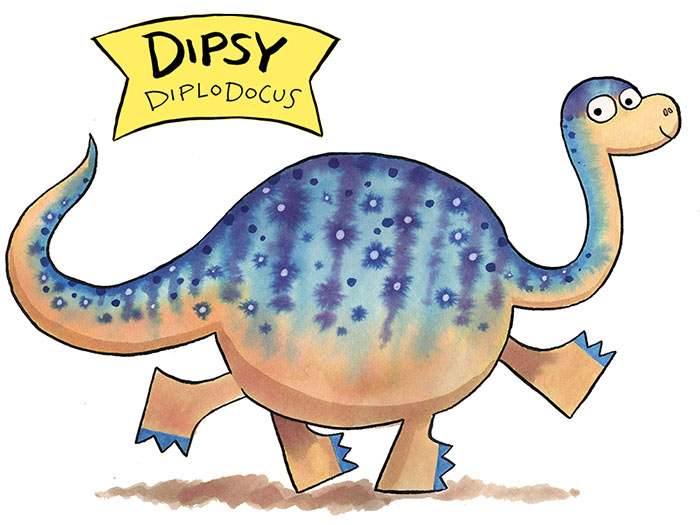 Here's an article I recently read in the Guardian by Donna Ferguson, wondering why there weren't more monsters, villains and BIG main characters who are female in picture books. Well, here you go! A monstrously big firefighting female dinosaur. I think these characters actually do exist, they just don't always appear in the bestsellers everyone knows about. We can make them, but if people don't buy them, people will keep asking, 'Why aren't there more books about [fill in the blank]?' 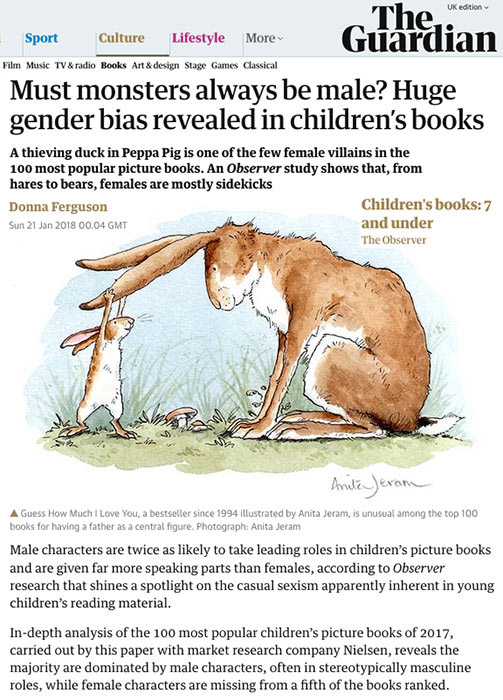 Another quote from the Guardian article about their study:

Nope, Dipsy's no bird, cat or insect. I remember in my primary school, there were quite a few of us girls who were a lot bigger than the boys; they didn't catch up until high school. And being big can be just as awkward and embarrassing as looking tiny and vulnerable. Here's Dipsy at her interview: 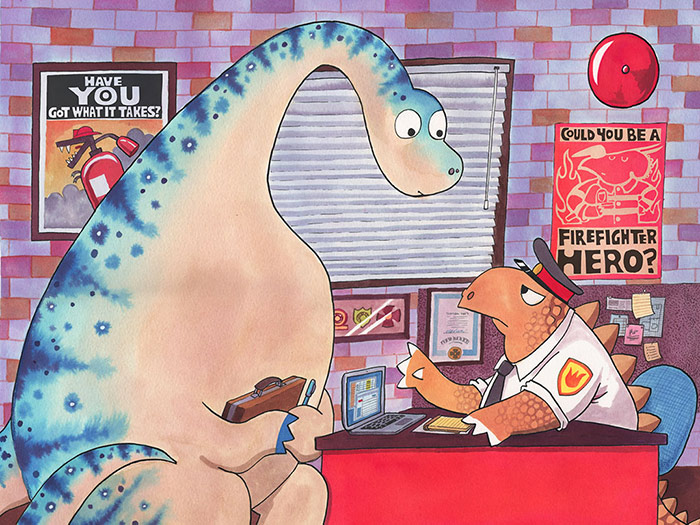 The worst part of being a big kid was when I had to squeeze into old school polyster 1970's sports uniforms and the shorts were super-short on me and everyone could see waaaaay more of my white, chunky legs than I wanted them to. My biggest fear every year was that they wouldn't have a uniform that fit me at all, and then they'd have to give me a special custom-made version that wouldn't match the other uniforms and everyone would know it was because I was just SO BIG. Dipsy goes through something similar; you can see Pablo the Parasaurolophus looking put out as he has to go on the Internet and order Dipsy a special XXXXL uniform. Dipsy's size starts out in the story as a terrible indignity; she really doesn't fit in.