Being a children's book illustrator is such an odd experience. You go into it, thinking you're going to be sitting at your desk all day, working in your pyjamas. But then you get put on stage to 'talk about your book'. So last weekend I went to the Hay Festival, in Hay-on-Wye in Wales, to do that thing I do. 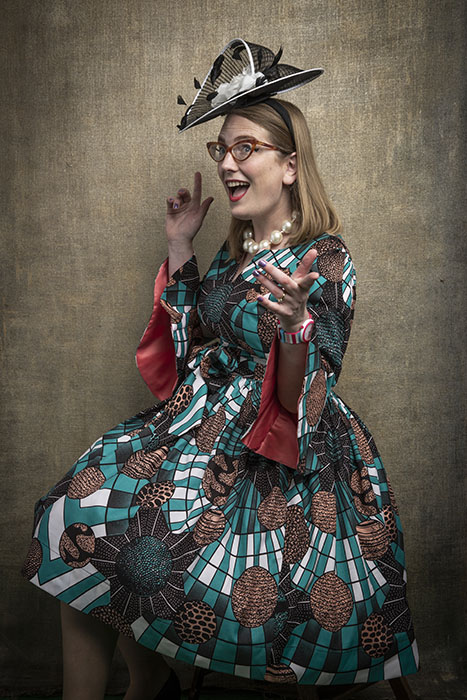 Going on stage to present my books is a bit scary, but also kind of exhilarating. Most of all, you want to give everyone a good show, and make them glad they came along. This year I did an event combining two very different picture books: The New Neighbours (with David Fickling Books) and Dinosaur Firefighters (with Scholastic UK). The thing that unites then is they're both set in worlds where I've taken out all the people and replaced them with fun animals, so that's how I played it: Bunnies vs Dinosaurs. I always worry my step-by-step drawing lesson will be too tricky, but the audience did admirable jobs following along and giving their drawings of a bunny and a Diplodocus their own unique personalities.

It's so fun seeing how kids interpret characters; sometimes I get really good drawing tips from them on making pictures more energetic or funny. 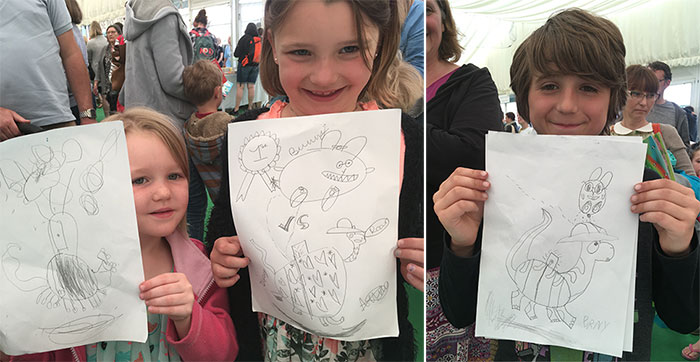 These two kids came to the booksigning to show me the drawings they'd done based on my book with Philip Reeve Jinks & O'Hare Funfair Repair. So wonderfully detailed! 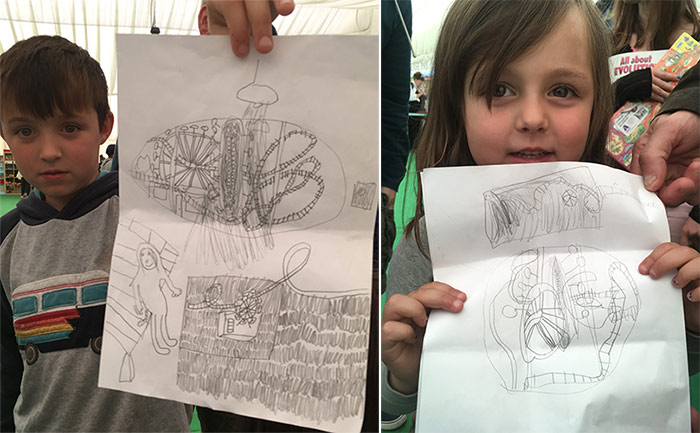 Thanks so much to everyone who came along to the event and got books signed, it's such a great encouragement when people want to read the books I've spent so much time drawing. After the stage event, I did a couple hours at the Illustrator Hotdesk in the Make & Take Tent. It was a nice chilled-out drawing session; I drew the outlines of these buildings, then sat at a table and kids came up, picked a house, and decided which new neighbours were going to live in it, and how their home might look. Here's illustrator Sarah Dean who was helping in the tent, holding up our finished poster. 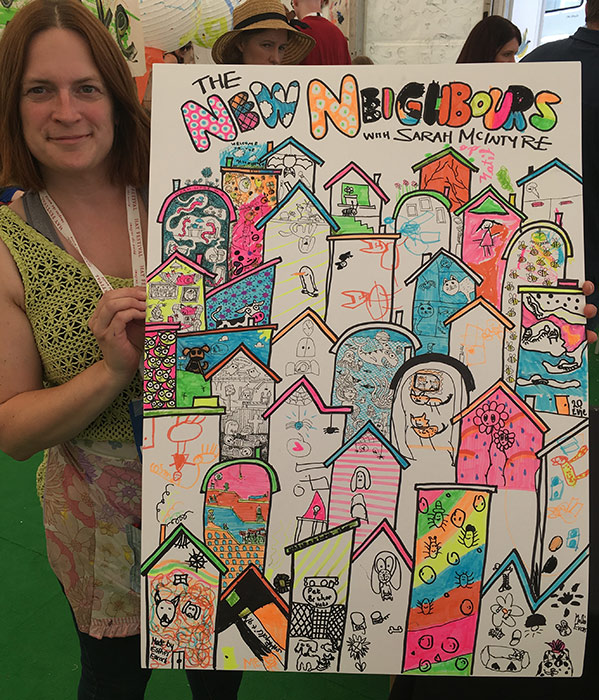