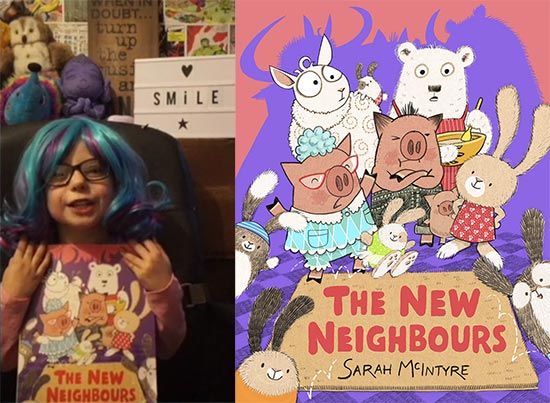 Love this review of The New Neighbours picture book by six-year-old Squish! Thanks, Squish!

(Tweeted by @BB_Taylor_.) Visit my website for free activities based on The New Neighbours!

Lovely card from a satisfied reader of The Legend of Kevin, named Freya, and tweeted by Philip. Features Kevin, a pug, a killer cake, & an Aquacorn (half Unicorn, half mermaid). Thanks, Freya! 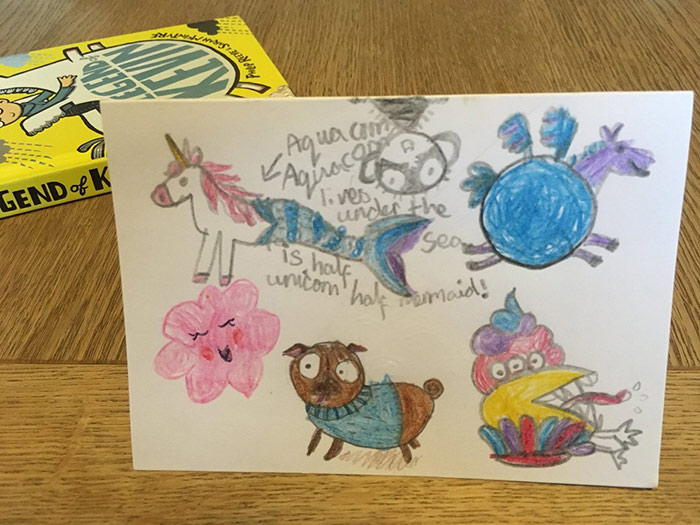 Kevin took his first big trip this week, up to the Manchester area. If you've ever wondered what an author book tour might look like, here's one of them! As you can see, our star of The Legend of Kevin is a bit of a show-off and very much wanted to make his first-ever television appearance. So we humoured him and took him to the the CBBC headquarters in Media City. 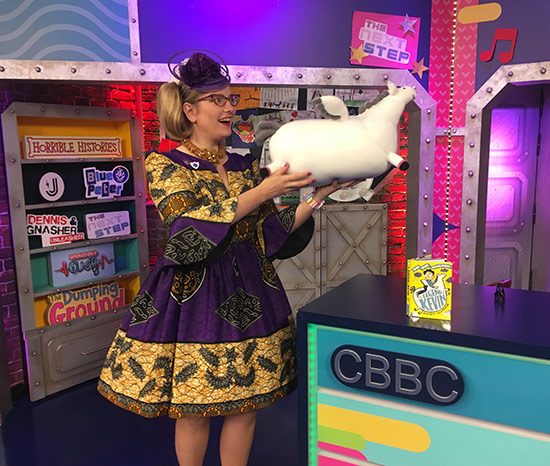 His flying pony wranglers, Philip Reeve and Sarah McIntyre (that's us), were super-chuffed to get our own Blue Peter badges. I already had the white one from being a Blue Peter Book Award judge, so they gave me a second blue one. And even though Philip had won a Blue Peter Book Award for Mortal Engines, he'd forgotten to ask for a badge (you have to ask, apparently), so this was his first. 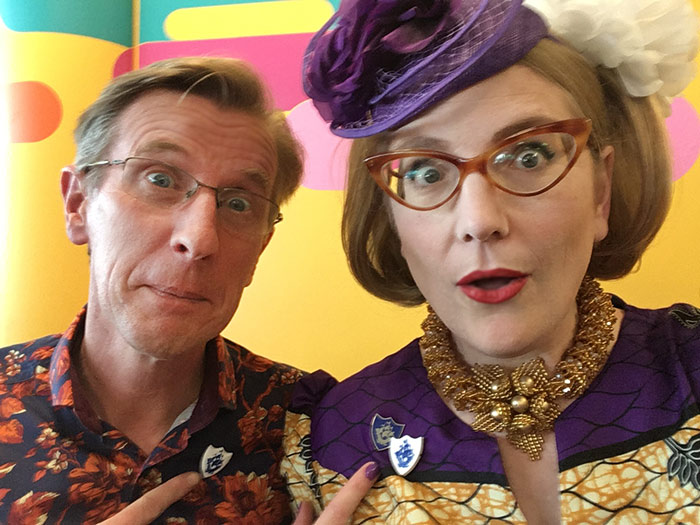 Kevin got to go on Newsround with Glaswegian presenter Martin Dougan. There was a lot packed into the two-minute slot, but Kevin managed not to panic or make any accidental poos on the upholstery. 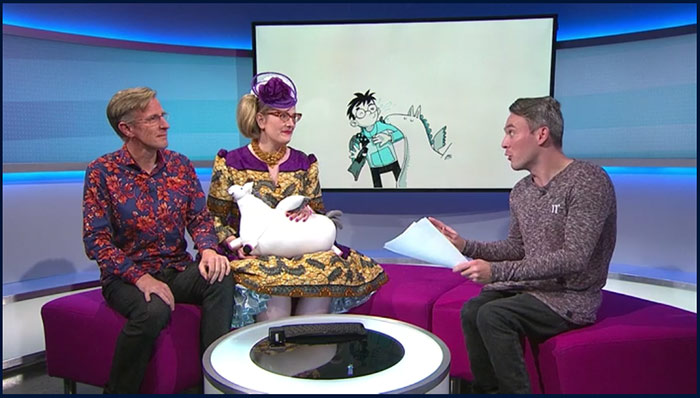 As soon as the Newsround bulletin was over, presenters Katie Thistleton and Karim Zeroual raced onto the stage set on the other side of the room, chatting away merrily, then the cameras were on, and they immediately snapped into even more energetic presenter mode. It was pretty amazing, Kevin couldn't stop staring. 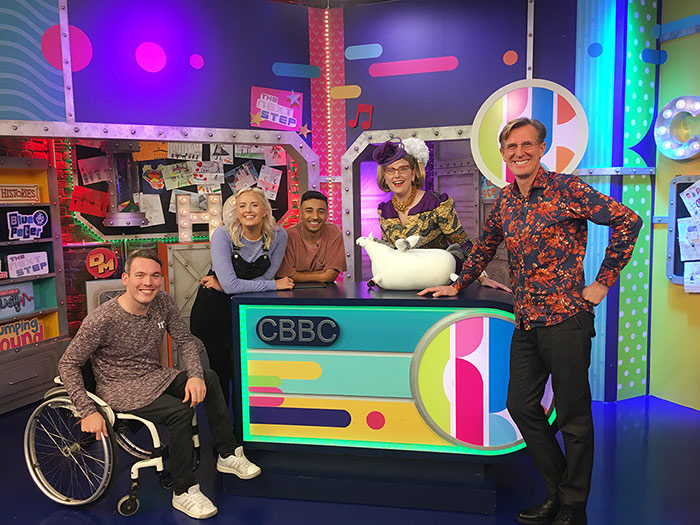