A shout-out to two people I love drawing pictures with! The first is nine-year-old Alec Anderson, who had his first-ever comics stall at this year's Lakes International Comic Art Festival in Kendal! Alec is one of our most active members of the Twitter-based @StudioTeaBreak, regularly taking part in its drawing challenges, as @CFcomiX. Here's his dad's photo: 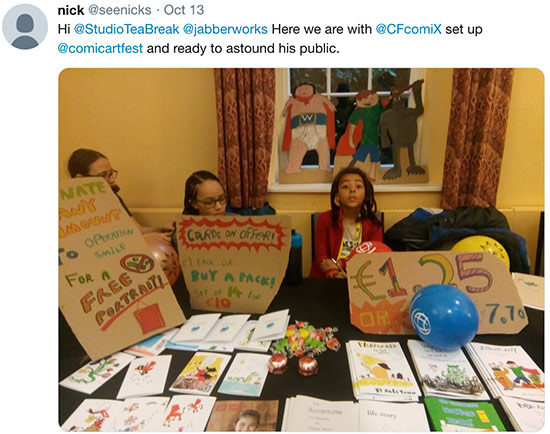 And his mum's. (His baby sister was born the morning after he and his dad came back from our London launch for The Legend of Kevin.) 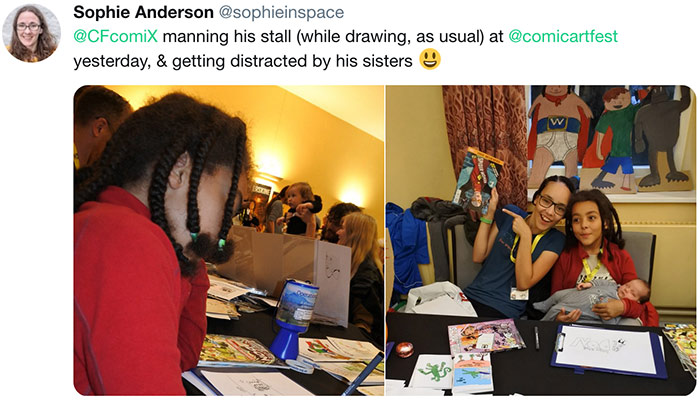 They even decorated a local shopfront! 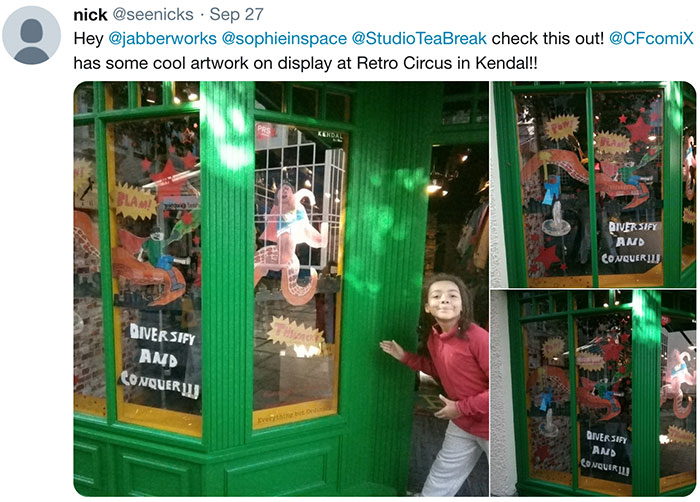 And the BBC did a big feature piece on four kids who brought their comics to the festival! It includes another comics creator I've known for awhile, Zoom Rockman, but I've pulled out the bit about Alec. You can read the whole article here. 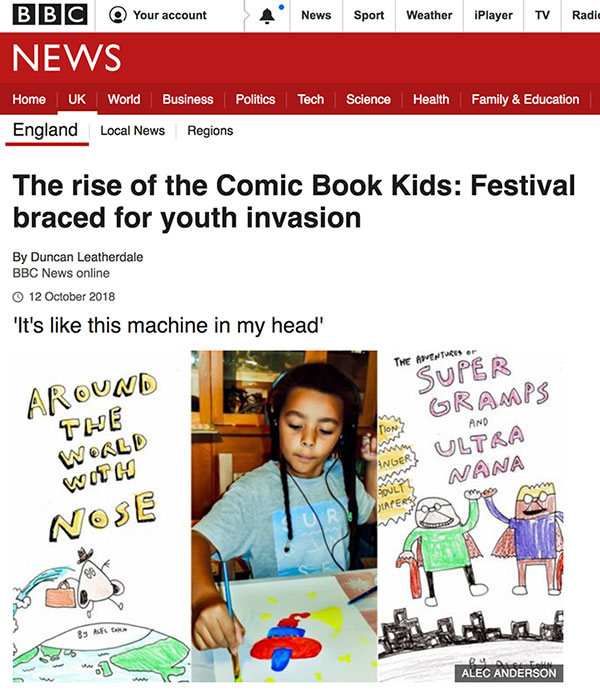 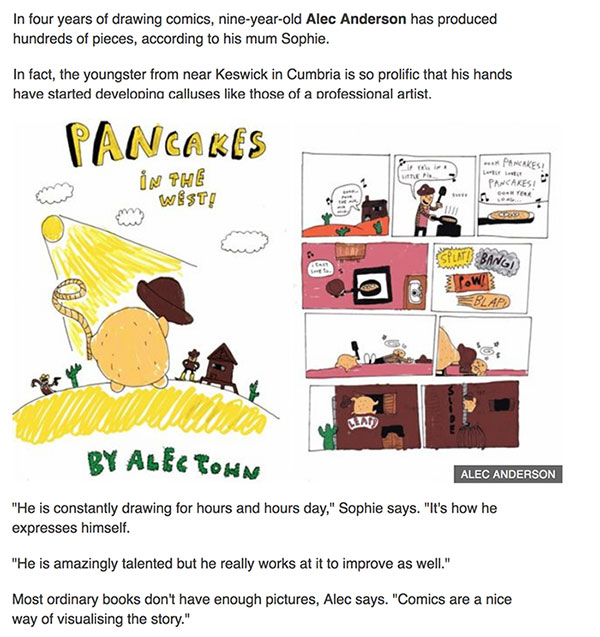 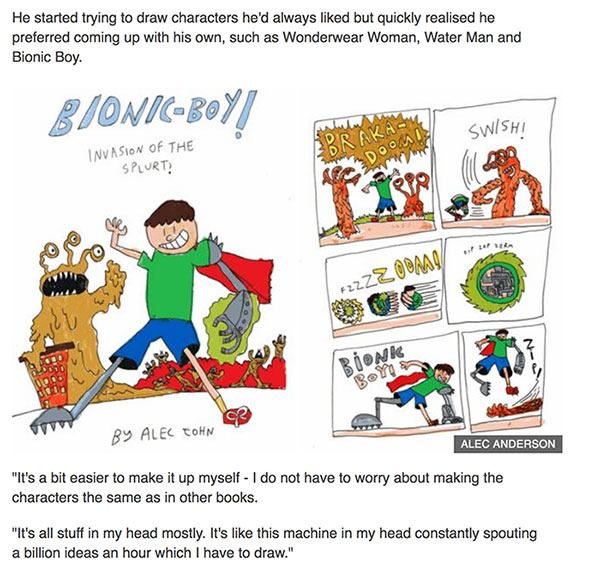 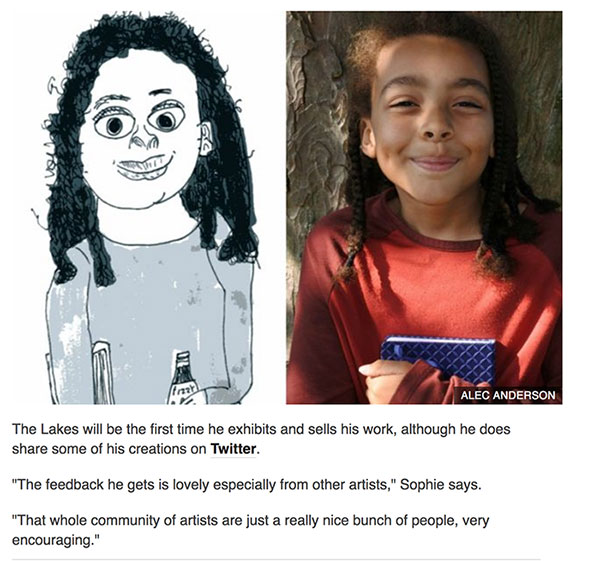 And the other person I'm very proud of is my co-author Philip Reeve. The latest trailer for the upcoming Mortal Engines film came out to coincide with New York Comic Con:

These reviewers include footage, from the 7-minute mark, from the NYCC panel dicussion with producer Peter Jackson, director Christian Rivers, writer Philippa Boyen, and actors Rob Sheehan (Tom Natsworthy), Hera Hilmar (Hester Shaw), Jihae (Anna Fang), Leila George (Katherine Valentine), Stephen Lang (Shrike), presented by Andy Serkis. It was great to see them refer to Philip's books and spend so much time talking about the world he'd created. And it was strange to think all this was going on in New York - including a preview of the first 25 minutes of the film - while Philip and I talked with school children in Sardinia. Anyway, I'm excited to see how the Mortal Engines film team will interpret Philip's book - the film comes out in cinemas this December. Here's an article about the panel discussion on Comic Book Resources if you'd rather read that.

If you want to catch up with the books before the film comes out, here are the four original Mortal Engines books (covers by Ian McQue), Night Flights (the new collection of three Anna Fang stories, covers and interior illustrations by Ian McQue), and the three Fever Crumb prequels (covers by David Wyatt). 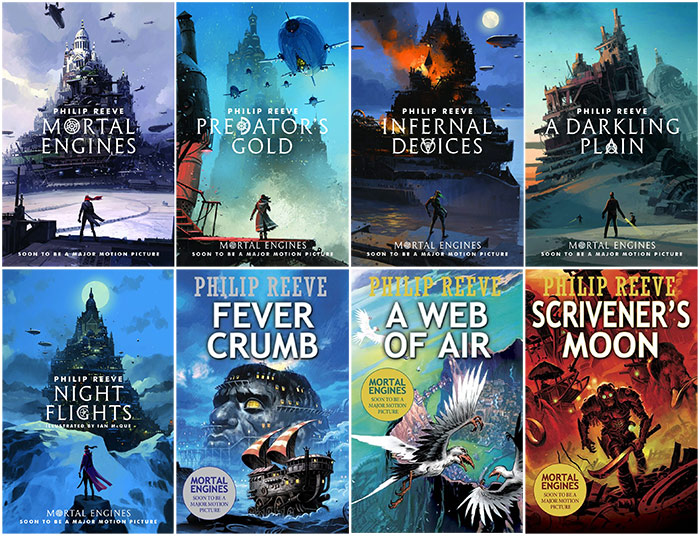