This month has been a real whirlwind! Reeve & McIntyre went from Tuttestorie Festival in Sardinia to County Donegal in Ireland for a Wainfest library tour. Fortunately, just like the new TARDIS, Philip Reeve is built with an automatic custard cream biscuit dispenser, so Kevin and I were sustained on the journey. 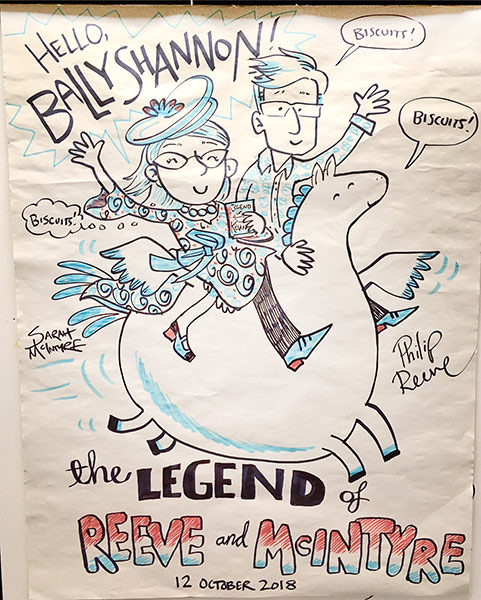 And we needed it, for just as our roly-poly flying pony in The Legend of Kevin was blown into the town of Bumbleford on a magical storm, Reeve & McIntyre were blown across magical Donegal on the winds of Storm Callum. 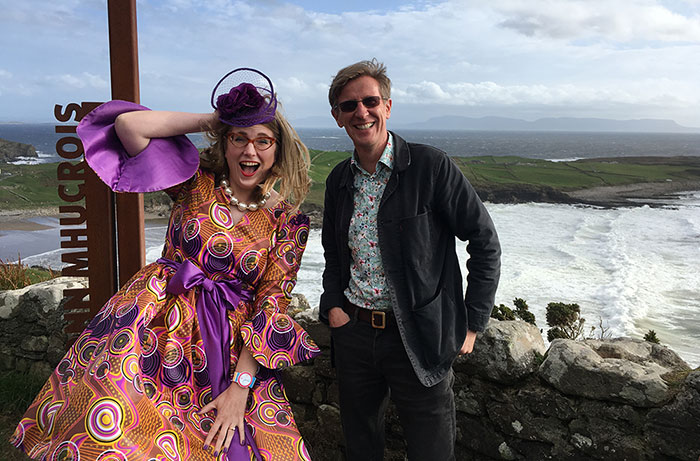