While Reeve & McIntyre have been on our book tour, we've had the joy of being accompanied by a big plump flying pony, created by the excellent Chloe Applin! I know a lot of people who read my blog love to make things themselves, and I thought they'd be interested in hearing a little bit more about Chloe and her toy-making experiences. Thanks for answering some questions, Chloe! 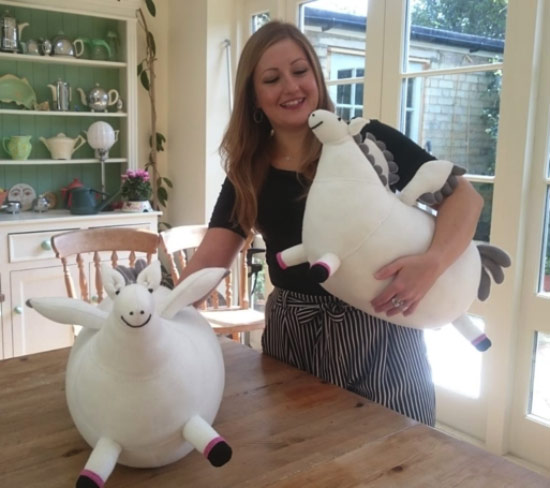 Chloe, I'm so grateful to you for making the gorgeous Kevin plushie - three of them, in fact! They're such a great talking point when Philip Reeve and I do events, and everyone wants to give Kevin a cuddle. How did you first get into toy making?

Hi Sarah! I have to say making the Kevin toys was an absolute dream commission. He’s the most fantastic character and it was a pleasure to get to know him so well! While I was making them I had to pinch myself- seven year old me would have been seriously impressed. 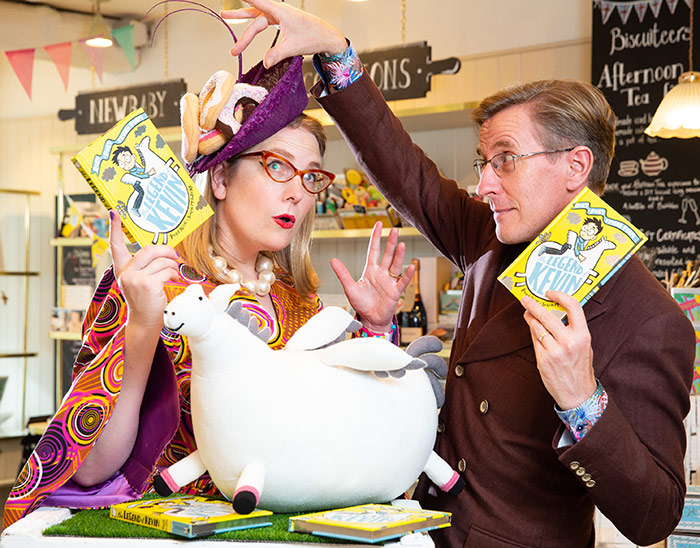 When I was younger I used to make clothes for my toys from old socks, J-cloths and bits and pieces of fabric I found around the house (don’t worry I didn’t cut chunks out of anyone’s trousers). One of my Cabbage Patch kids ‘Muriel Caprice’ was a favourite model and was furnished in all sorts of occasional hats and matinee jackets. I’ve always loved my toys and became hysterical when my beloved troll Bob was left in the car one hot summer in the 1990’s and was convinced he must have cooked to death…
I suppose it started around then! 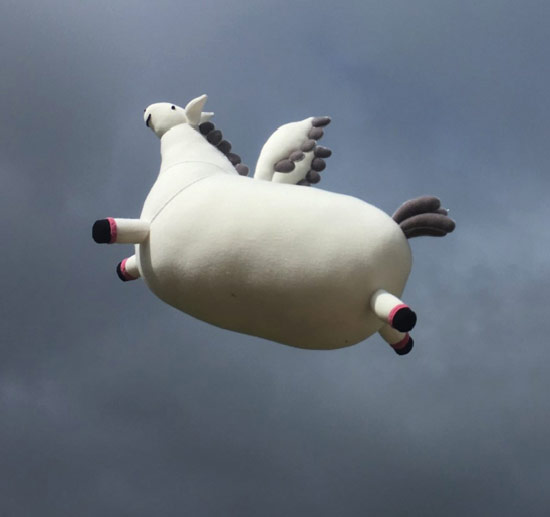 Later on when I was doing my A-levels I made a toy called ‘Dog Vein of Mein’ from an old sock I found in the airing cupboard. It might have been a weird thing to do, but I was just compelled to do it. During my Art Foundation course in fashion and textiles I carried on making these animal toys, puppets and sculptures from other old clothes while most of my course mates were experimenting with making garments from scratch. A plain white shirt was entirely reconstructed to become a unicorn; an old faux fur coat became a bear puppet you could walk along with your hands in its pockets. The key was taking inspiration from the redundant clothing to both inspire and create a character. I enjoyed making them and the reaction from friends was always fun. As well as loving illustration and stories I am drawn to the tactile qualities of physical objects and the crafter in me thrives on technical problem solving. 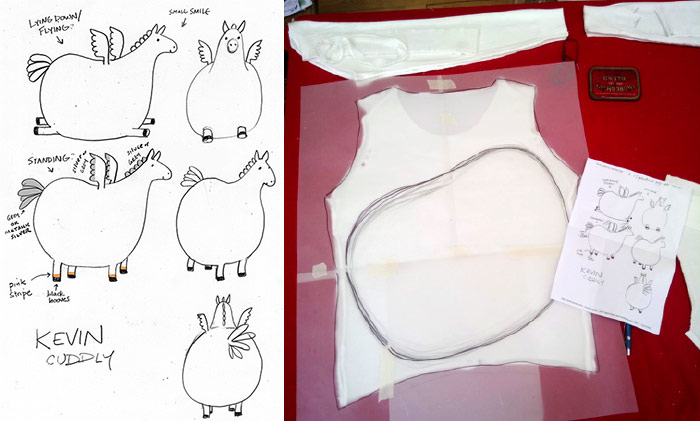