Once again my excellent Legend of Kevin co-author and his family adopted Stuart and me for Christmas! We were a-flutter with excitement for weeks before heading off to Dartmoor. 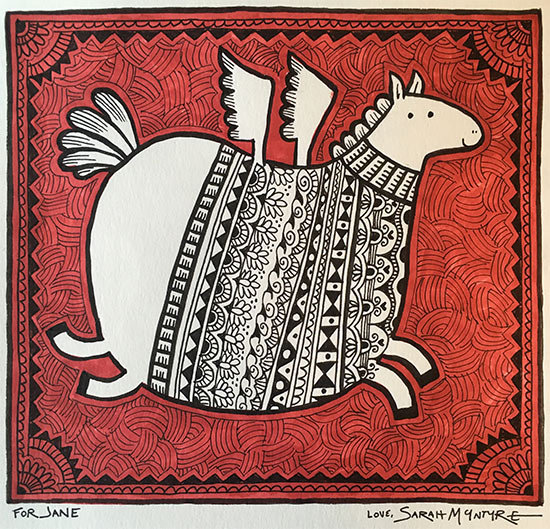 Christmas is the best time; all the office people in the book industry stop sending e-mails and it all goes quiet. And I get some time to draw things for fun near a crackling fire (and poodle, who is rather miffed at me for sitting in his place on the sofa). Photo by Sarah Reeve (@moorland on Instagram): 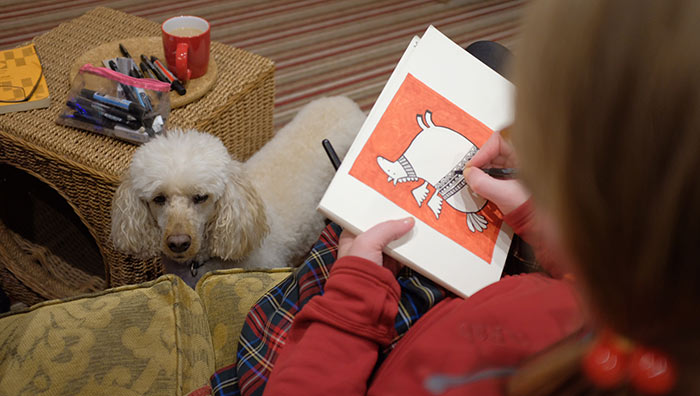 Lots of lovely jumpers, all about: 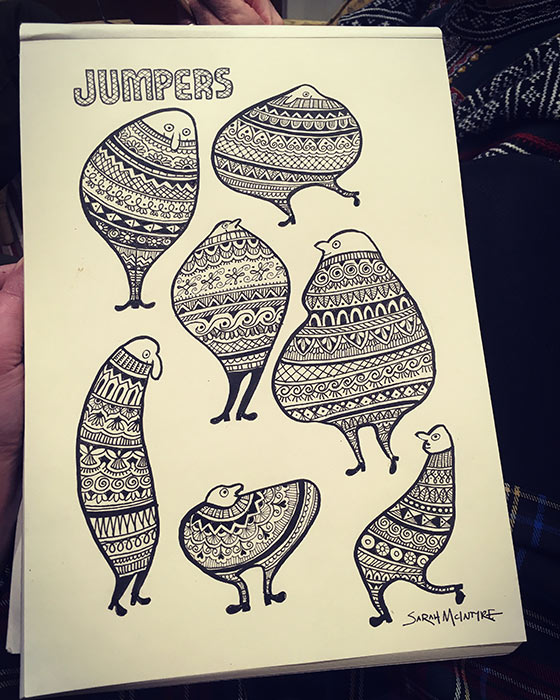 And landscape that looks like stepping into a Tolkien book... 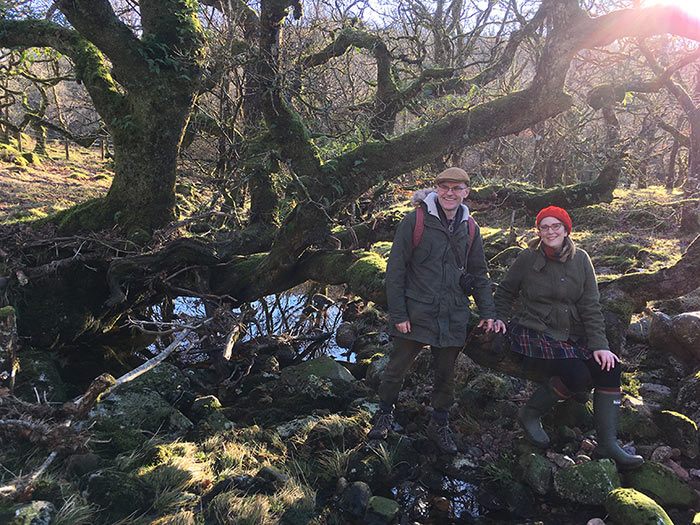 ...or that Rien Poortvliet and Wil Huygen book on gnomes (who make freshly brewed coffee under ledges of the tors, if only you look very carefully for the puffs of steam). 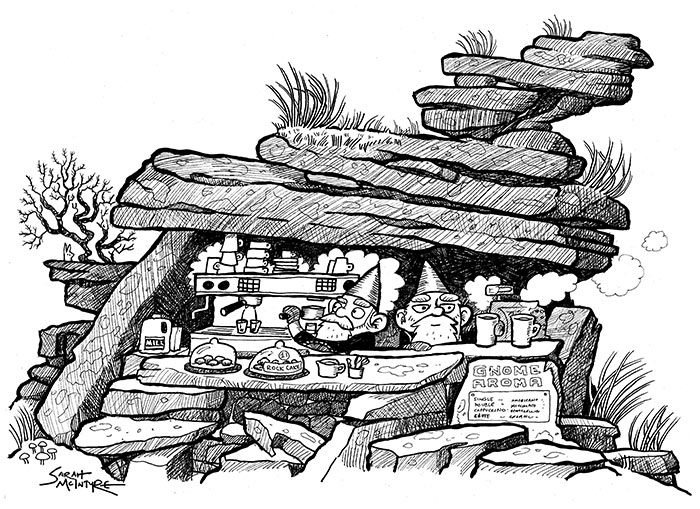 Of course, you always have to beware the sharks of the open moor: 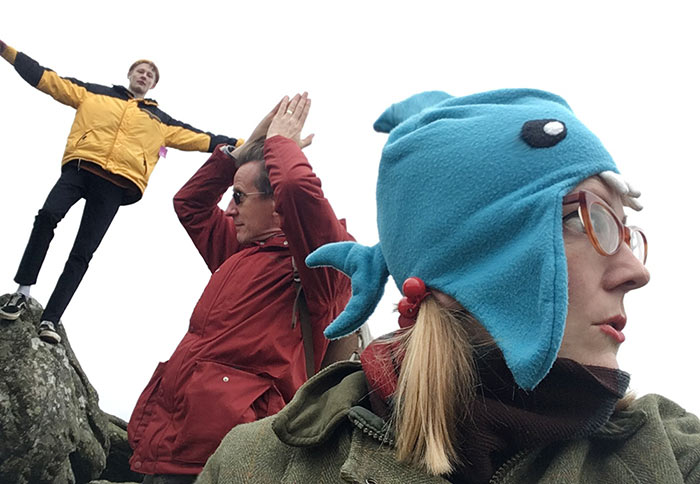 Speaking of Tolkien, I was thrilled to get a chance to meet the illustrator Alan Lee, whose work I'd admired for decades and whom I'd seen featured in lots of featurettes when I was geeking out about the production of the Lord of the Ring films. Philip and Sarah Reeve invited him over with Larklight illustrator David Wyatt, whom I'd met before, and we had a good natter about drawing, studio spaces, what kind of paper we use, and living on Dartmoor. 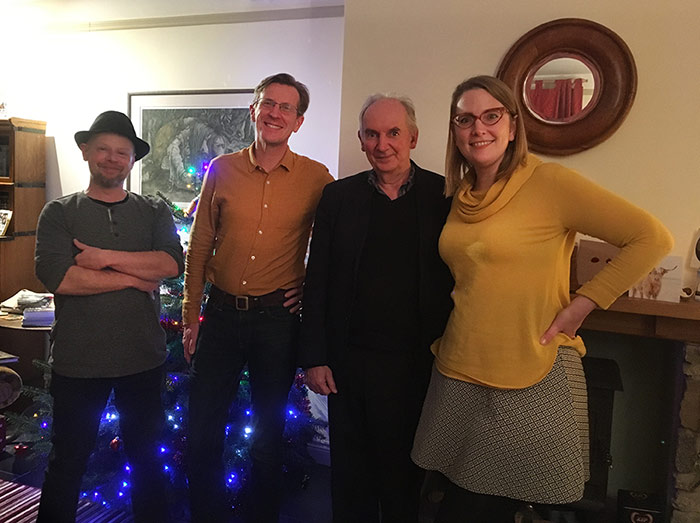 Here's some video footage about Alan's role in the LOTR films, and he was also involved in the Hobbit films, spending six years working on the films in New Zealand. Edit: That film's been taken down from YouTube; here's another simply showing some of his artwork.