Today was Comics Day! Or at least, it was in southeast London, where a bunch of us whose comics are published by Bog Eyed Books gathered. One of the coolest things about comics festivals is seeing the comics kids make! Here's Jack, who was printing up so many of his own comics at the library that he got an A3 photocopier for his birthday, which is what he really, really wanted. 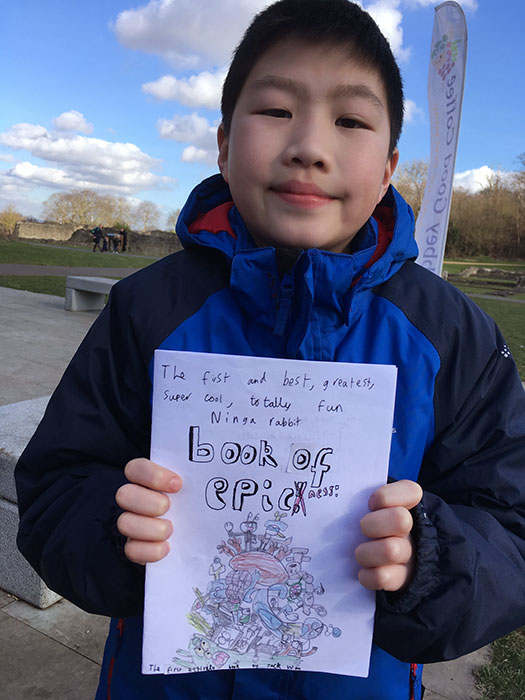 The park centre at Lesnes Abbey (in Abbey Wood) is perfect for the festival. Here's a Comic Jam going on in the foyer: 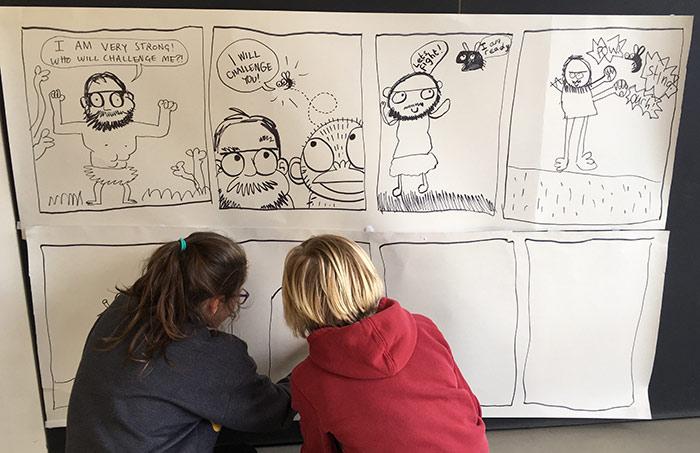