Do you recognise this picture book? The Gruffalo by Julia Donaldson and Axel Scheffler has sold millions and millions of copies and is a national treasure. So much so, that the Royal Mint has worked with its artist, Scheffler, to create a coin with his picture of the Gruffalo on it. It's wonderful to see a book, its central character and its creators being celebrated this way! 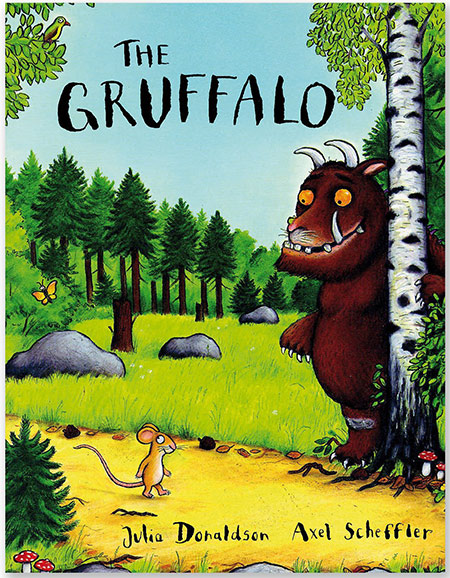 But when I heard about this a month or so ago, I worried that only Julia Donaldson was going to be credited for The Gruffalo. This morning, I saw a tweet from writer/author Philip Ardagh with these two images attached, of an article from the i Newspaper and his response letter: 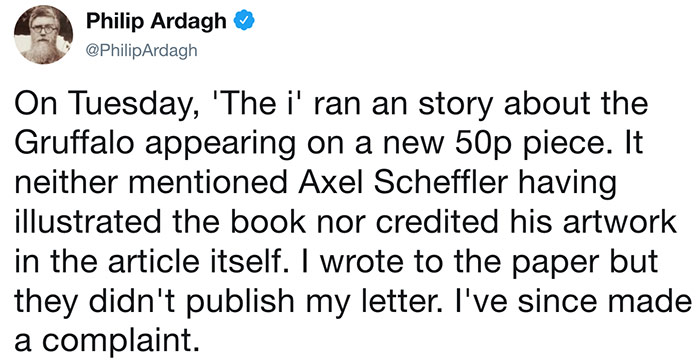 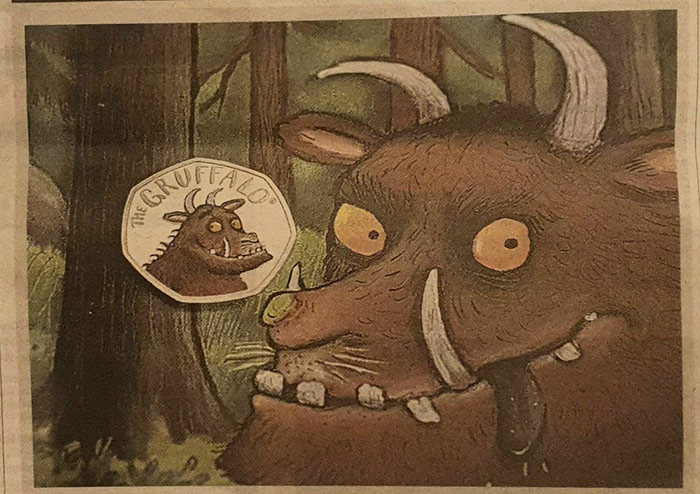 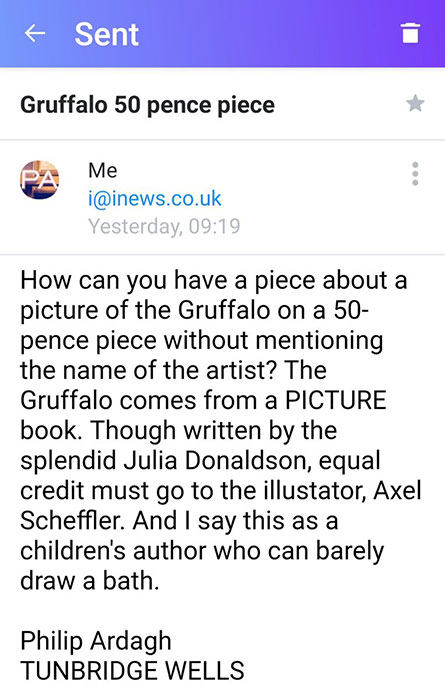 My immediate thought was that this anonymous journalist may have been working at great speed and took the information straight off a Royal Mint press release that didn't credit Scheffler.