Last Thursday we drew DINOSAURS! I spent the day at St Olave's Prep School in New Eltham and, as always, I was impressed with how well even young kids can draw, and inspired by all the interesting variations they manage to put into their drawings. 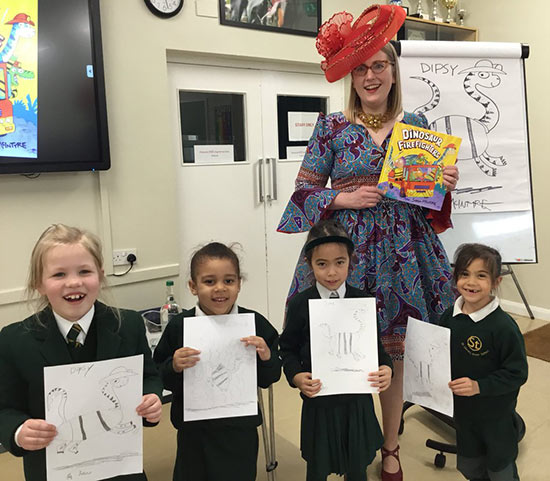 Even though we all drew Dipsy the Diplodocus together, step by step, I loved the ideas the kids came up with, adding extra strips and patterns, and giving their Diplodocuses different expressions just by having the lines in slightly different places.

When the three films of The Lord of the Rings came out, I watched the featurettes obsessively after each one, to see how the enormous teams had crafted the films. Most illustrators work alone in their homes or studios, and the idea of using illustration skills to work together on a massive project like that fascinated me. So of course I came across the work of Alan Lee, who together with John Howe, created the look of the LOTR and The Hobbit films. And then I started working with Philip Reeve, whose own artistic inspiration comes from artists based around where he now lives, on Dartmoor: Alan and Brian Froud (The Dark Crystal, Labyrinth) in particular. So I was thrilled to meet up with Alan for the first time last Christmas, along with remarkable artist David Wyatt (who has illustrated several of Philip's books). I never thought I'd actually get to visit Alan's studio and see where he worked, but last week I did! 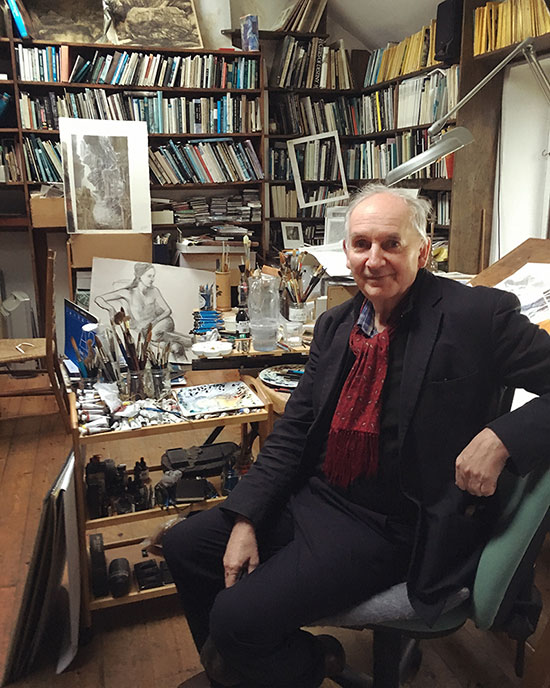 Philip and I were in Chagford to do a couple events for Chagword Lit Fest, along with Sarah Reeve and my husband Stuart. 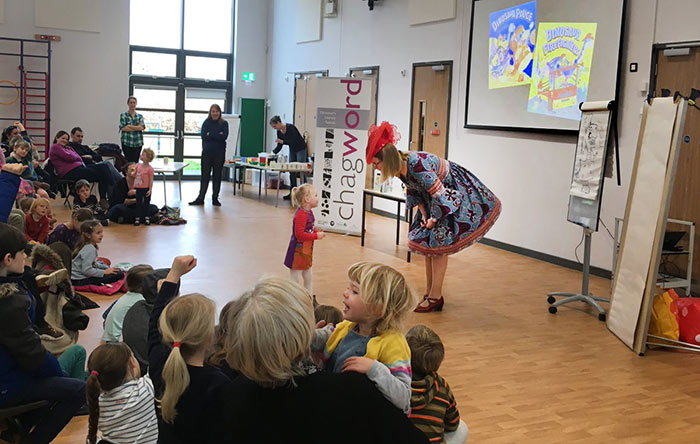 Afterward we met up for a pub lunch with Alan and David, and then I didn't know if it would be too cheeky to ask to pop in for a peek at Alan's place (but I really, really wanted to see it). And he kindly let us visit. 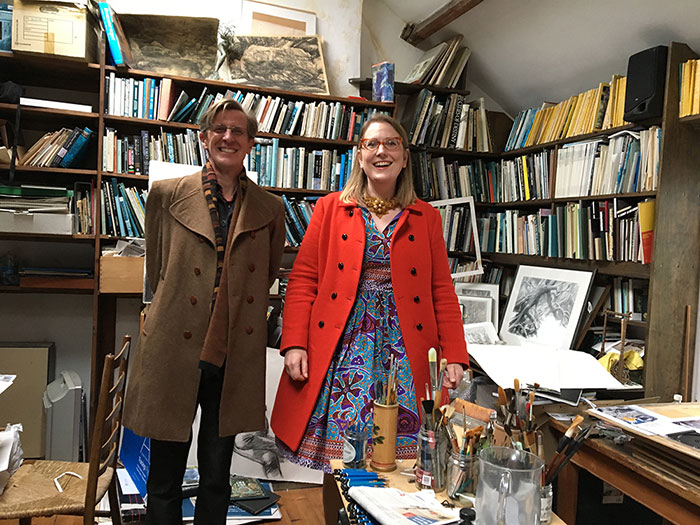 A lot of the drawings we looked at were ones he's been working on for The Hobbit Sketchbook, which comes out in September this year, and looks amazing. 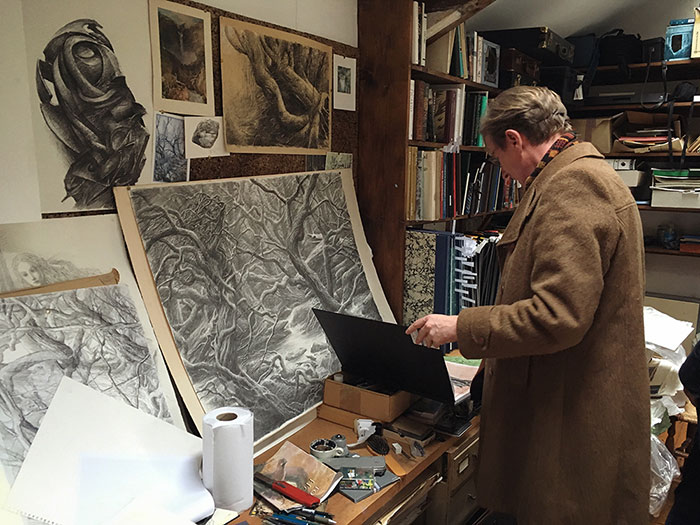 Here's Gandalf's staff from the films, with the little pipe that slides out of the knot at the top. 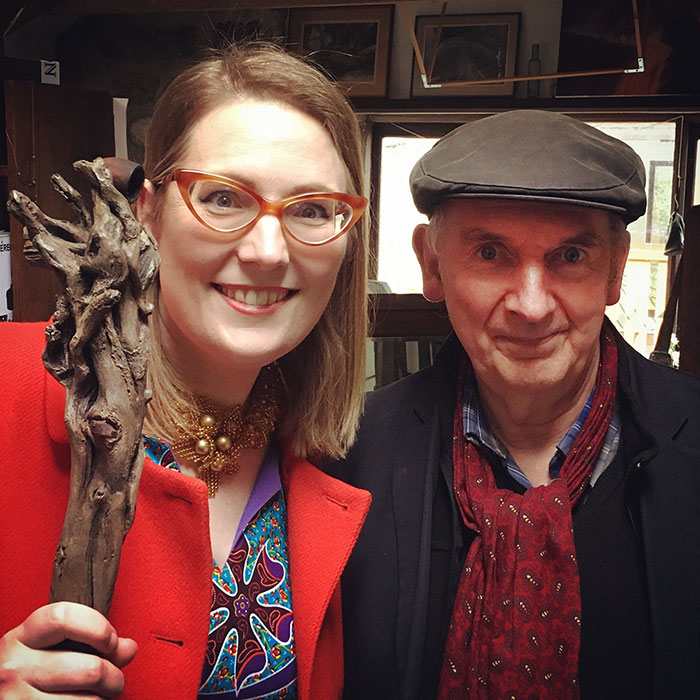 Alan mostly works in pencil - sometimes in charcoal - and keeps a big selection of pencils to hand. 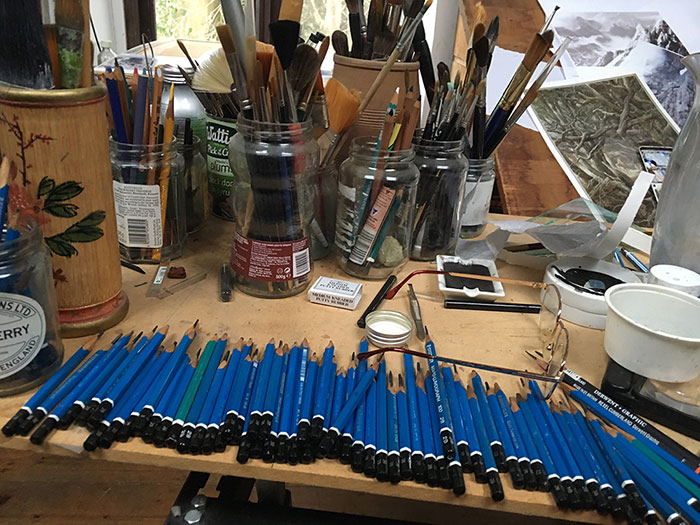