Reeve & McIntyre LOVE Mountains to Sea festival, where everyone's excited about books and we get so well looked after! Kevin loved making the trip to Ireland for the first time. 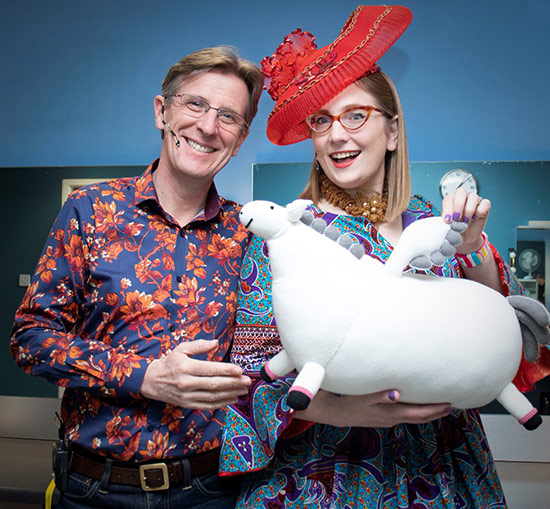 Our Roly-Poly Flying Pony even had a brief stint on Irish telly, on RTÉ2's news2day programme!

In the month leading up to the festival, we'd been working with journalist Sara Keating, who liased with several schools for the festival's Adopt an Author scheme. Philip and I set tasks for the children and when we arrived at the DLR Lexicon library in Dun Laoghaire, we got to see their work! 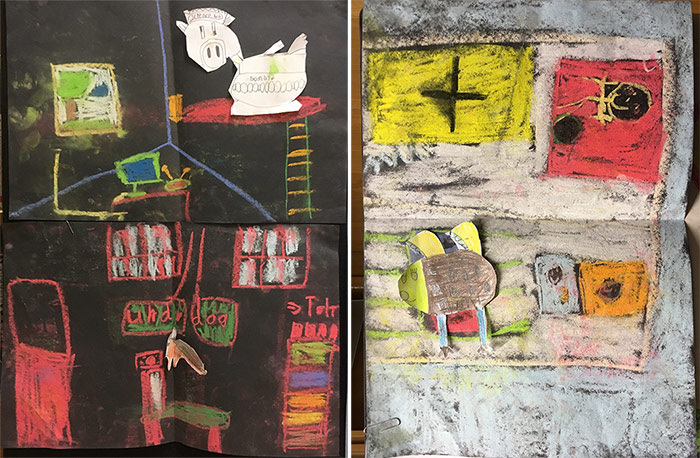 The first task was to come up with a pet they had, or really wanted, name it, and make it extra special by giving it wings, just like our Roly-Poly Flying Pony. Many of them designed houses for their pets. 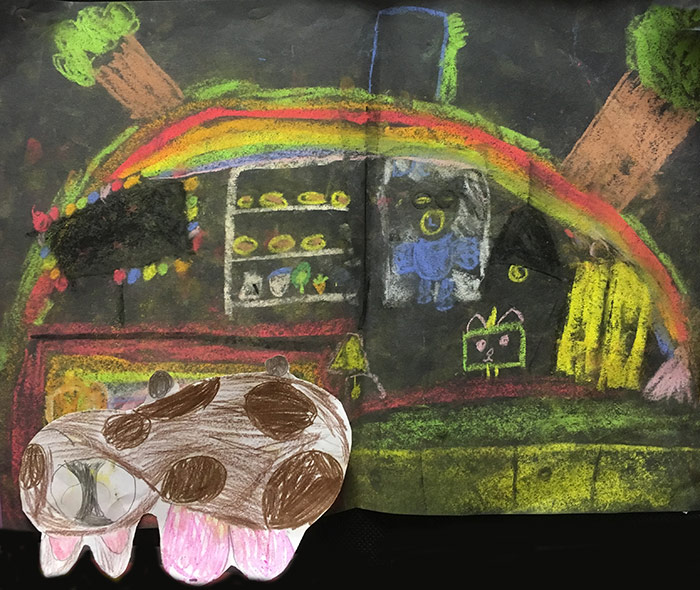