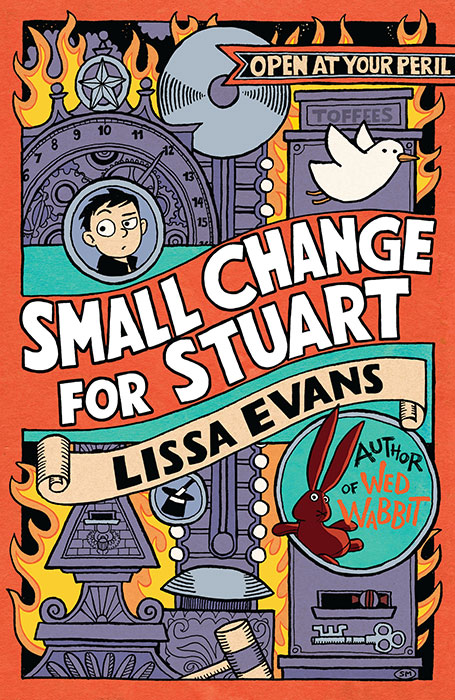 Back cover and spine: 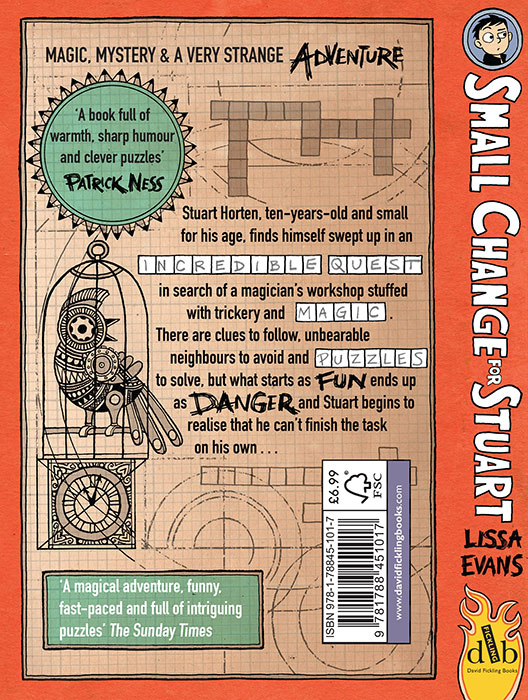 Here's the pencil rough and the inked version, before I added colour digitally: 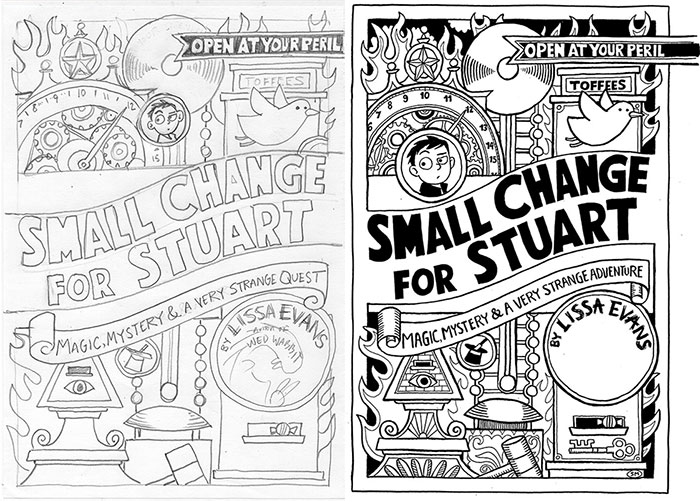 Edit: And here's the cover for the second book, Big Change for Stuart! Here are all the bits I did, before Alison added the font-based text in InDesign: 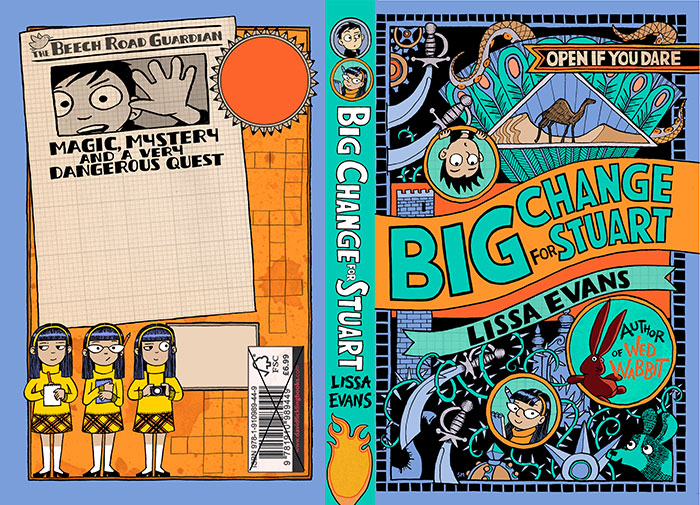 Here's the pencil rough, and the next stage where I inked it with a dip-pen and India ink: 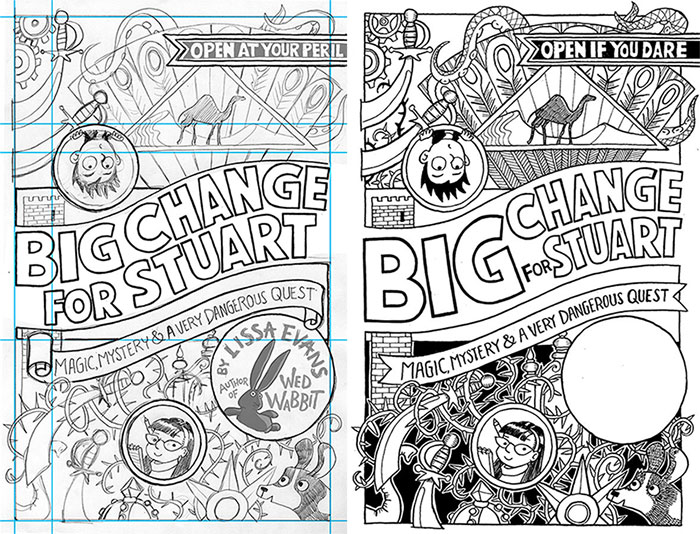 I think the triplets on the back cover are my favourite part. Inked and in colour: 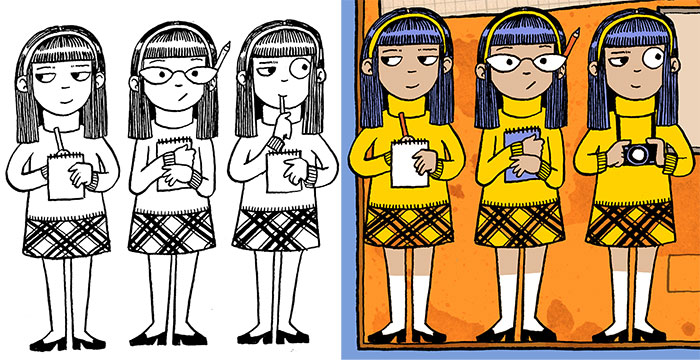 Inside the books, you'll find lovely little chapter head illustrations by Temujin Doran. And just for cover contrast, here's a gorgeous new version of the Dutch edition of the same first book, by Emanuel Wiemans: 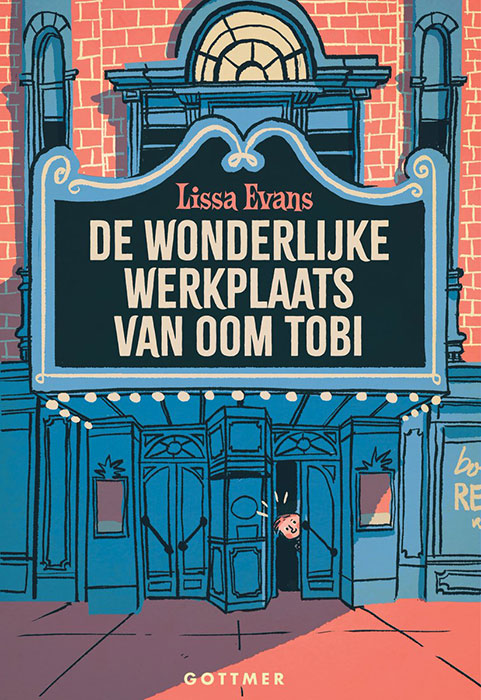 Last weekend I was in Shrewsbury for the first year of Comics Salopia, a comics festival spread all over the town! I got to hang out with some awesome kids, including one named Florence who drew my portrait: 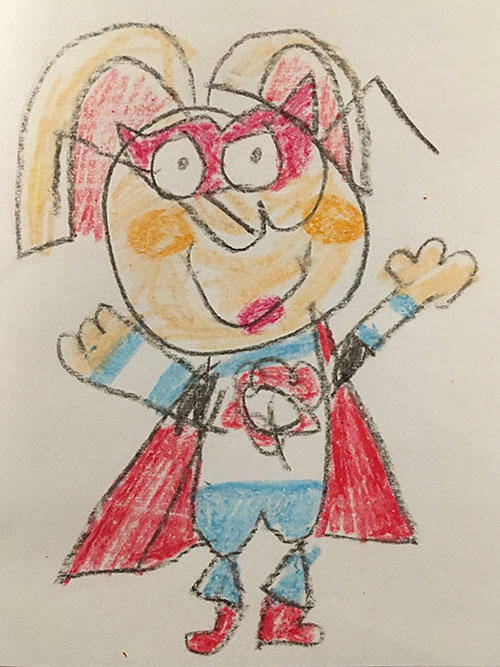 My home base both days was Button & Bear Bookshop, a terrific independent children's bookshop run by the Chadwick family, most of whom you can see here. I heard the festival had some first-year glitches, but because I was being looked after so well by Louise, John and Becky Chadwick, everything for me went great. 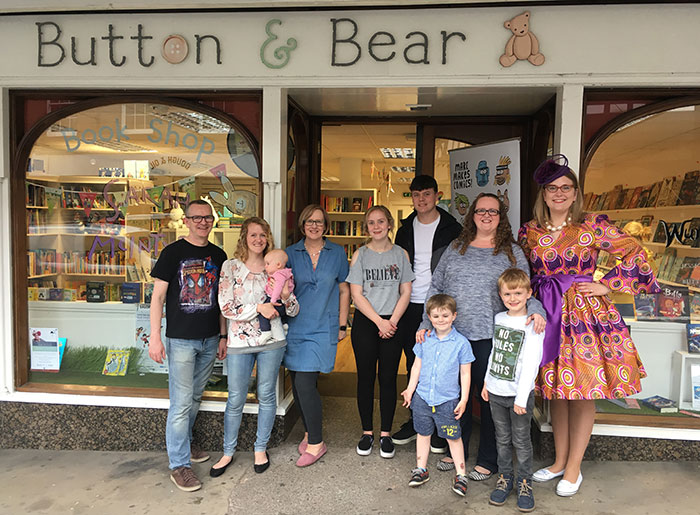 One think I really appreciated about the setup was pairing me with comics creator Marc Jackson (and his lovely, lively family). That meant I could show children Marc's table and talk them through the process, from idea, to drawing, to printing, to hand-selling. 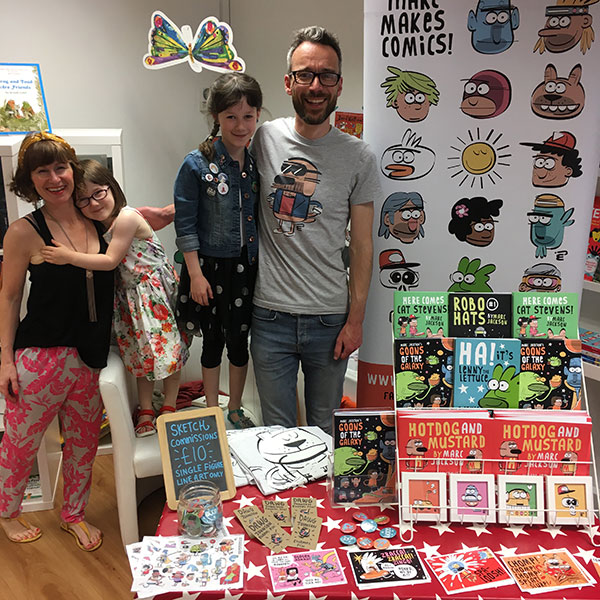 There aren't any invisible parts of that comic-making process (except maybe in the printing) - Marc does them all himself - so it's much easier for children to imagine how they could set up their own comic table in years to come, selling books and merchandise that they've made from scratch.