If you've read my latest picture book, Grumpycorn, you may have noticed it's dedicated to people in Seldovia, Alaska. A few weeks ago I went back there with Stuart and my parents to stay with my aunt and uncle. In Seldovia, there's a part of the dump where people leave things they think other people might want, so it's actually a lot of fun going there, like a swap meet. Once in 2009, I even found perfectly fitting roller blades, skated, and then brought them back just before I left. (Here's some art I made back then, inspired by that.) This time my Aunt Joy had found a wooden bowl at the dump, which was pretty scruffy, with half the varnish worn off, and she thought perhaps I'd be able to do something with it. And with some help from my dad, I did!

Here's Dad sanding down bowl for me to draw on: 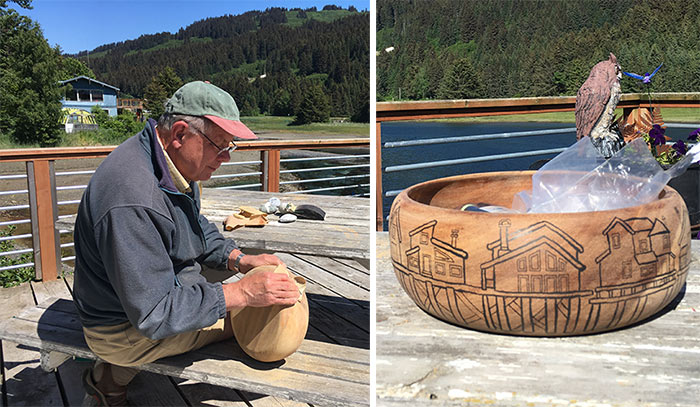 And the finished bowl! I was pleased how it came out. Seldovia always gives me a bit of space to breathe and make things where there isn't the same deadline pressure.

Two years ago when I was in Seldovia, I drew on a lot of rocks for their festival 'Higgy's En Plein Air' art challenge, so this time I drew some more. 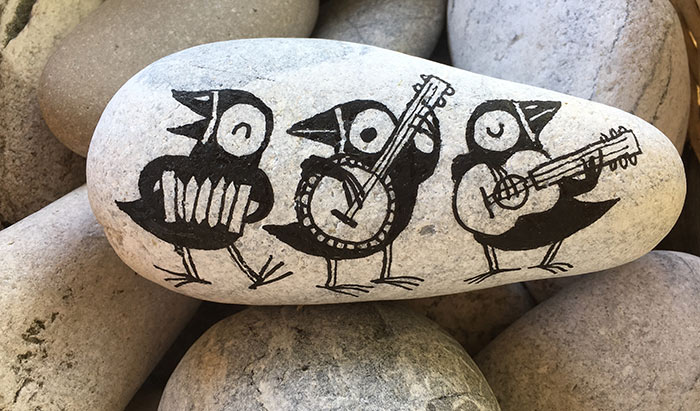 We saw loads of bald eagles in Seldovia, once even nine at the same time (fighting over a fish carcass) from my aunt and uncle's deck on the Slough. But the crows are ever-present, and often they give as good as they get with the enormous eagles, squawking and flying at them and making the eagles turn tail. They're kind of funny, and they sit on the deck a lot and stare at us.

Here are a few little paintings I made in advance for the festival Sunday art fair. 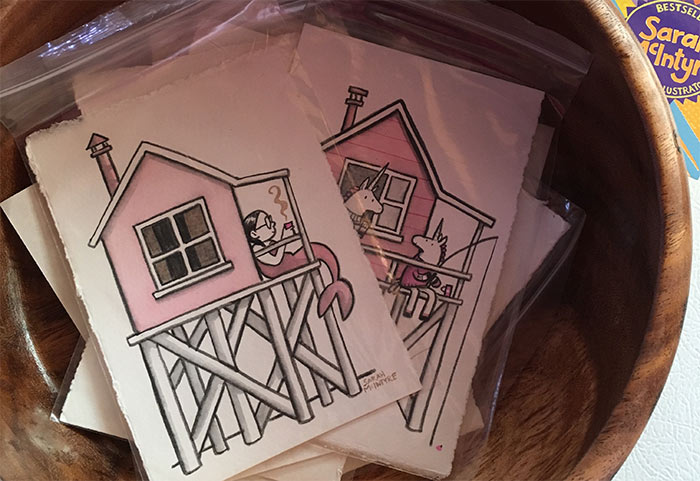 Here are a couple Alaskan mermaids, with the seagulls, which aren't quite as funny as the crows, they're silly and obnoxious. 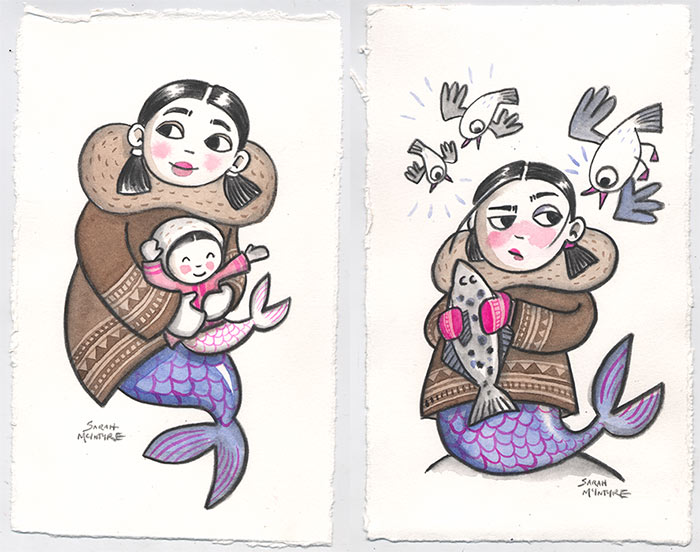 If you've read my Pugs of the Frozen North with Philip Reeve, you might recognise these stilt houses from one of the scenes in the book, where the Race to the North Pole begins. I drew this sitting on the other side of them, imagining mermaids under the pilings. 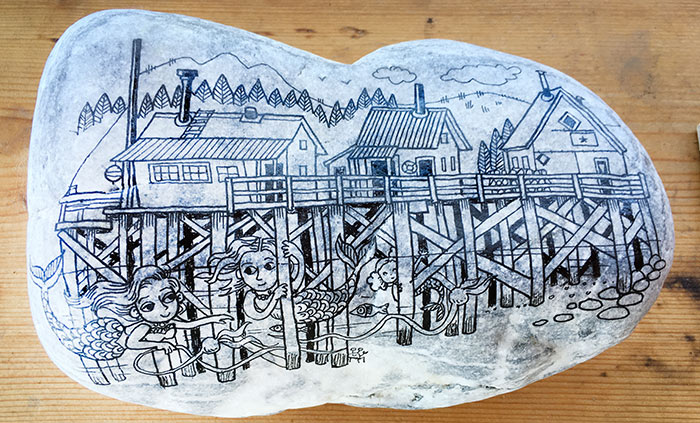