On Monday, Reeve & McIntyre showed up in Flanders to join our Dutch-language publishers at Boekenbeurs, Antwerp's Book Fair. We were thrilled how excited the team at Ballon Media were about our Roly-Poly Flying Pony! Check out that big wooden Kevin! 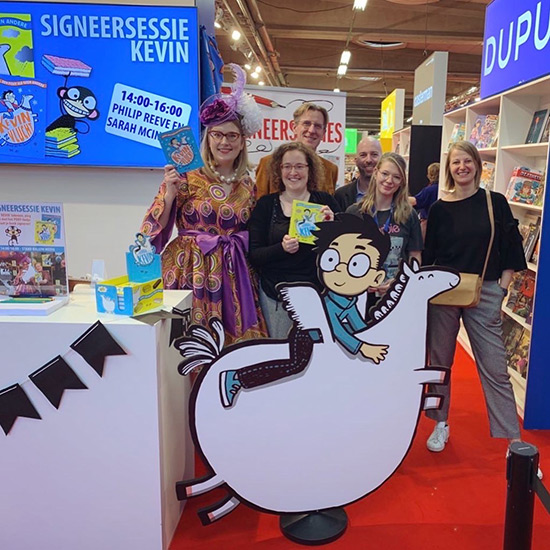 In that photo you can spot me, Philip, translator of the Kevin books Saskia Martens, publisher Philippe Nuyts, publicity's Jente Lambrechts and our editor Gaëlle Cooreman. And below, you can see the lovely shiny books - Het Verhaal van Kevin and Kevin op de Vlucht - and one of the team modelling the Kevin shirt! 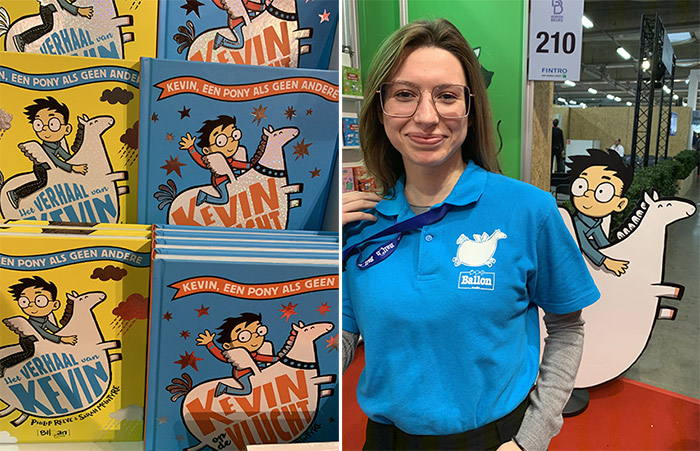 They even had these cool little biscuit boxes for display, Philip and I were well chuffed. Interestingly, several people came up and mentioned how glad they were to come across the book's message of body positivity - Kevin's a very roly-poly pony, but he's happy and great at flying - so that was good to hear. 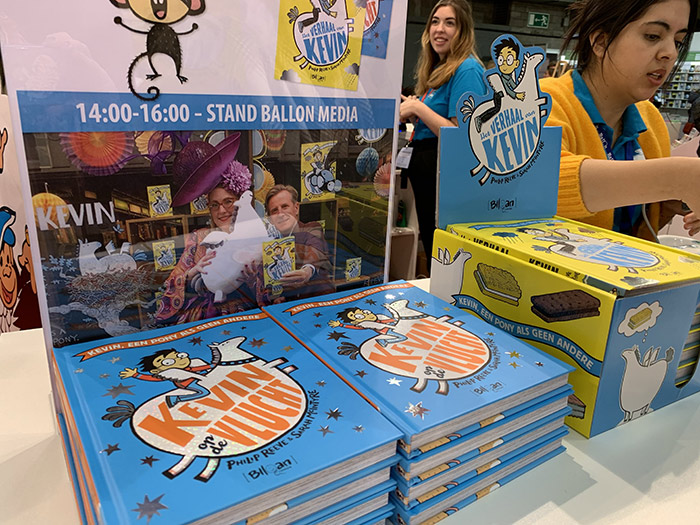 Here's the books' translator Saskia Martens, who came along to the fair with her family. It was great to meet her; so much of the success of the book depends on her writing skills!