Today my co-author Philip Reeve and I hosted the 2020 Children's Book Award ceremony! 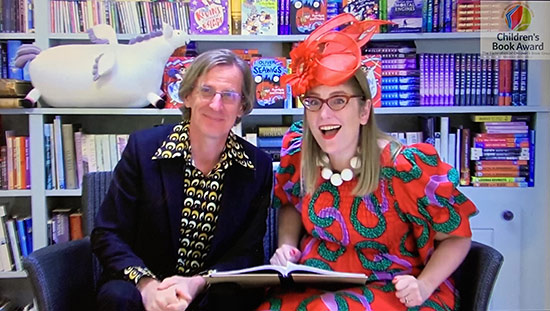 The children in the book groups of the Federation of Children's Book Groups voted for their favourites, and you can watch the full video here! Congratulations to all the shortlisted authors, and don't scroll down if you don't want any SPOILERS...

And here are the winners! Congratulations, Kjartan, Alex, Matt, Paco, Angie and the Overall Winner, Tom! 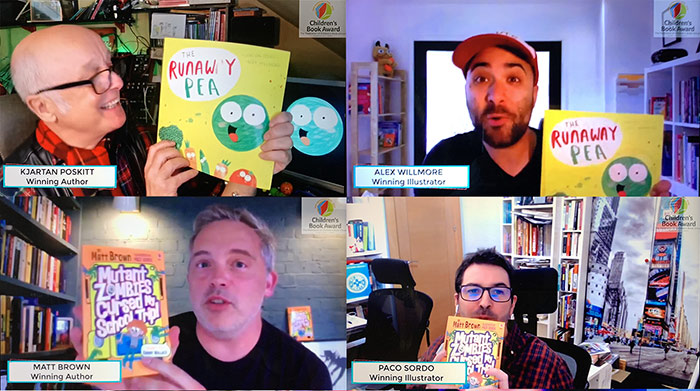 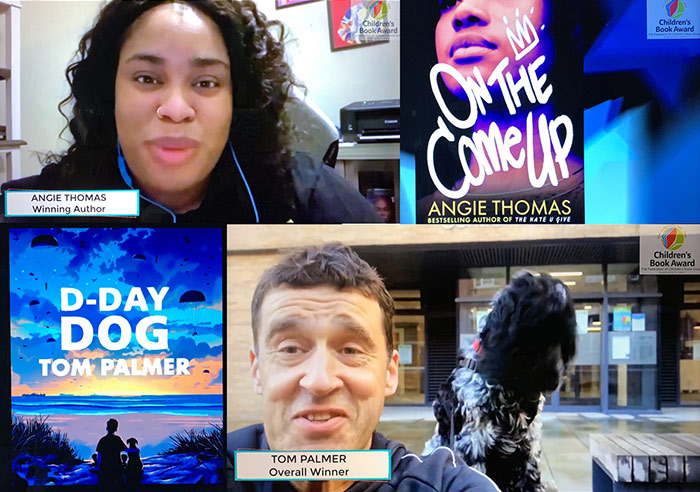 If you watch the video, you'll also get to see our new Reeve & McIntyre short story we wrote just for the occasion... Kevin and the Book Awards! (I'll include the whole story below, in case you'd also like to read it.) 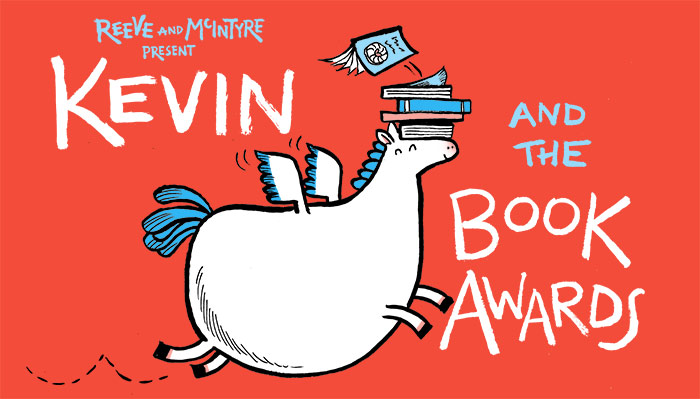 If you've read any of our Kevin books, you'll catch a glimpse of two familiar little rascals... 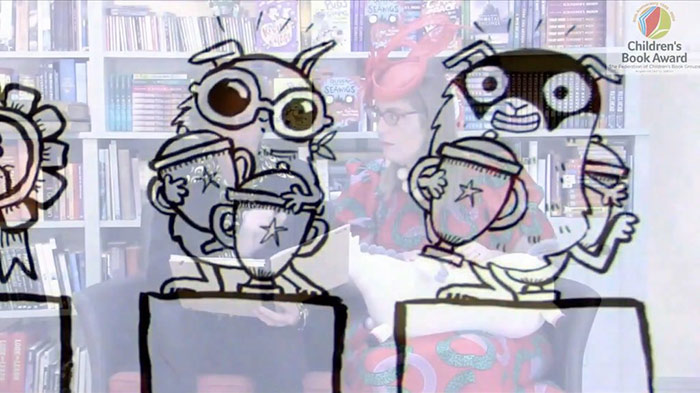 And stick around for my drawing tutorial at the end, featuring Neville & Beyoncé in their getaway car! 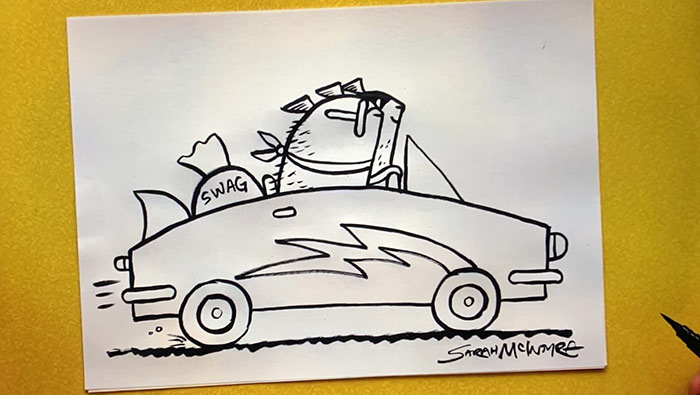 Huge thanks to all the children who voted and those from the North Somerset book group who presented, the group coordinators, all the authors who sent in videos, Sarah Stuffins for coordinating the ceremony, FCBG Chair Diane Gaunt, Steph Weller and Liam O'Brien who came out to Dartmoor to film us and did such a great job, all the sponsors, and everyone involved! 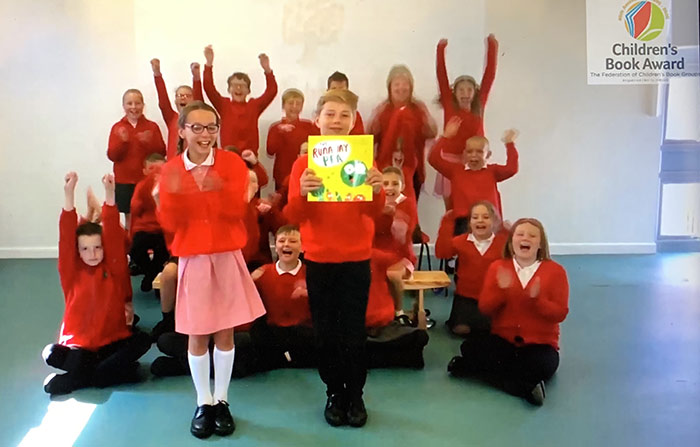 And now...
KEVIN AND THE BOOK AWARDS
by Philip Reeve & Sarah McIntyre 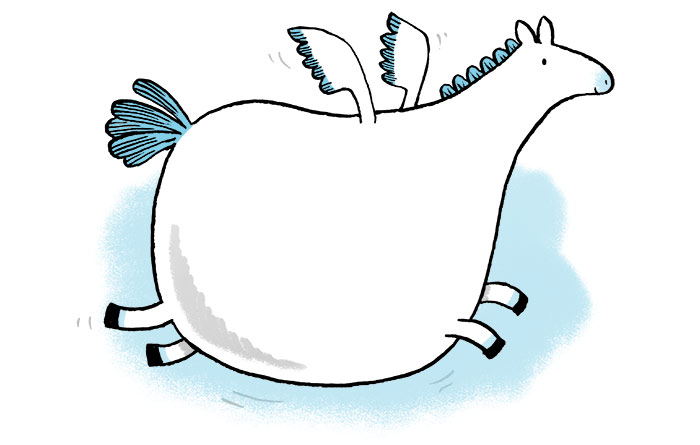 Kevin is a Roly-Poly Flying Pony. He comes from the wild, wet hills of the Outermost West, and his favourite things are:

1. Biscuits
2. Having adventures with his friends Max and Daisy
3. More biscuits

One day, Max told Kevin about the Children's Book Awards. They were Very Important Awards, and Kevin felt a flutter of excitement in his tummy.

I am in a book, he thought. And I am a Roly-Poly Flying Pony, which everyone knows is the BEST kind of flying pony. Surely I will win all the awards!

And he thought dreamily all the biscuits which he was sure must accompany such fine awards.

But on the other side of Bumbleford, two guinea pigs named Neville and Beyoncé had also heard about the awards. They were always seeking inspiration for new daring exploits, and the thought of stealing the trophies presented a great challenge to them. Slipping out of a trapdoor they had cunningly built into the floor of their hutch and rappelling down to the ground, they scurried off toward Bumbleford Green, where the ceremony was about to take place.

Max and Daisy flew down to the ceremony riding on Kevin. A big crowd had gathered in the marquee where two visiting authors were about to present the awards. The authors looked pleased to be there, but slightly apprehensive. Kevin wondered if that was because they were worried they might start tucking into the big jar of biscuits on the award table. He couldn't imagine sitting next to a big jar of biscuits and, well, just sitting there; he was a pony of action. Next to the jar were five golden cloths with little tassles on the corners, covering the five awards.

As the authors stood up to present, the children in the audience wriggled with anticipation. WHO would win the award for Best Picture Book? Would it be Gaz Crust, for Buster Mustard and the Flustered Custard, or The Refugee's Battered Shoe, by Penelope Hessian-Kale?

The authors lifted the cloth to reveal the first award but... GASP... it wasn't a trophy, but a guinea pig exercise wheel, still slowly revolving.

Quickly the authors whipped off the cloths from the next two awards. Those, too, had been stolen and replaced with everyday guinea-pig related objects: a pile of dirty bedding sawdust and a consolation third-place rosette from the Bumbleford Guinea Pig Show.

Under the last two cloths, were not guinea-pig related objects, but actual guinea pigs, looking shifty and clutching the awards they had stolen.

Before anyone could grab them, they scurried off, leapt into their getaway car, and made their escape. Zig-zagging between the legs of the startled crowd, the tiny car zoomed off down Bumbleford High Street. 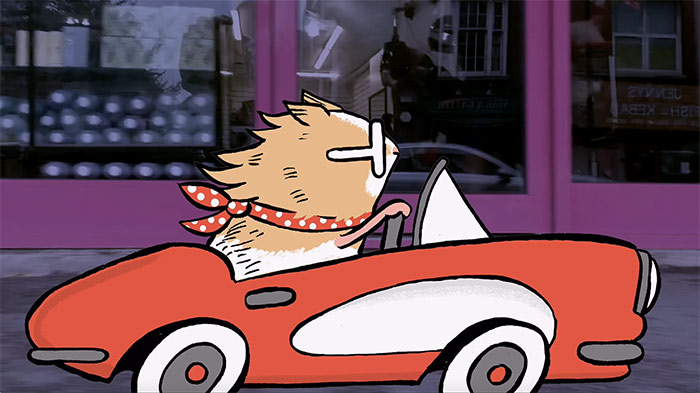 But Kevin, thinking unusually quickly, flapped up into the air, flew over the speeding car and sat down on the road in front of it. There was a loud BA-DOING, which is the noise a miniature getaway car makes when it bounces off the tummy of a Roly-Poly Flying Pony. Neville and Beyoncé tumbled out.

"If it hadn't been for that Roly-Poly Flying Pony, we'd have gotten clean away with it!" they grumbled, as Max and Daisy ran up to gather the stolen awards.

Kevin said 'I hope I'M going to win, because I'm in books!"

"Are you?" said Max and Daisy, looking confused.

They went back to the marquee and Kevin sat eagerly in the front row, while the authors announced the award winners. Would he feature in the Best Picture Book section? His stories have pictures. Would he win the Most Hardhitting Social Realism award? His books dealt with heavy and complicated issues. Would he win the award for most Roly-Poly book? Of course...

Kevin's wings flapped eagerly as the authors read out the winners, and the writers and illustrators who had won, came up, blushing, to receive their awards. Kevin's wings began to sag. Had he won nothing at all??

But then, when all the awards had been given out, the authors made a special announcement. "None of this would have been possible," they said, "without the bravery and quick thinking of a certain Roly-Poly Flying Pony."

Kevin looked around, wondering to whom they might be referring.

"Kevin," they said. "For you, we have a special Bravest Pony Award." And they handed him the huge golden-topped jar of biscuits.

And if you're a Roly-Poly Flying Pony, that's the BEST sort of award. 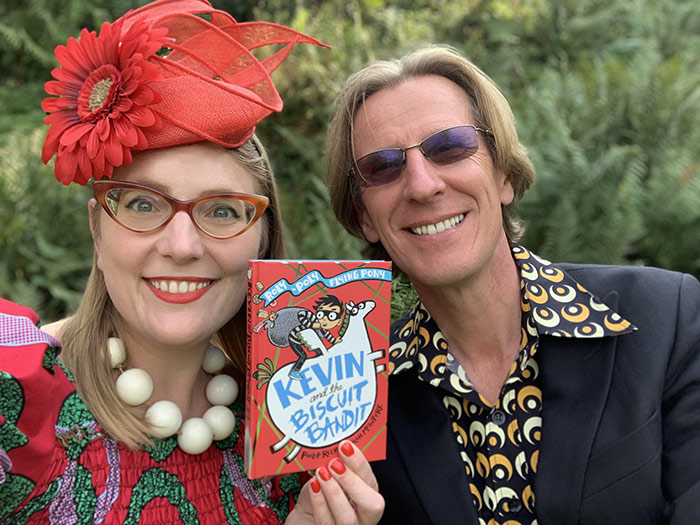