In my last blog post, I showed photos of the painted merchant chest and table, but I have quite a lot of paint left over. I'd put a box of old cork-backed placemats into a bag to take to the charity shop, but I had a thought that I could refurbish them to brighten up our table and found this useful blog post about stripping old mats. Here are the first four, and I'm going to try to do at least four more.

I think I'll scan them before I varnish them... I'm slightly nervous about eating off them instead of hanging them up, but we really do need placemats and it's why I made them. 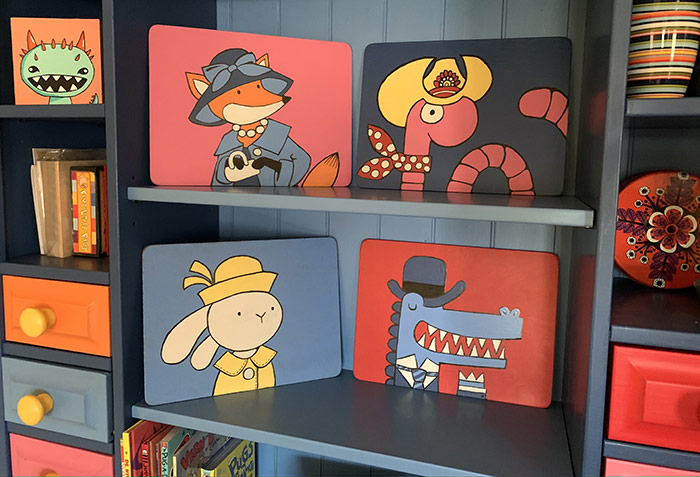 Here's what the mat looked like when I was stripping it. The blog post tutorial had me sand off the veneer, then quickly run water over the picture surface and let it sit for ten minutes before scraping. I had to run the water several times while I scraped, but the mats I'd sanded down more were easier to soak because the water could get down to the picture paper. 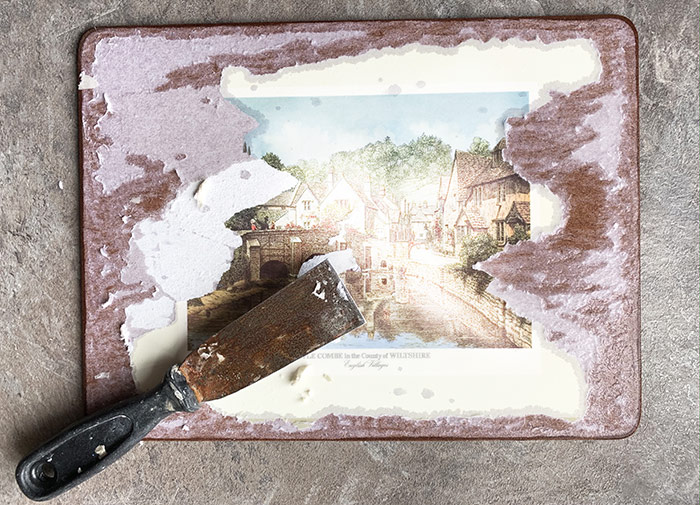 After they dried, I gave the surface another light sanding to give the surface a bit of tooth. I sketched out the picture in white pencil, and then started blocking in the colours with house paint. (It's kind of odd - and fun - painting out of big buckets of paint, I'm used to more expensive little artist tubes.) 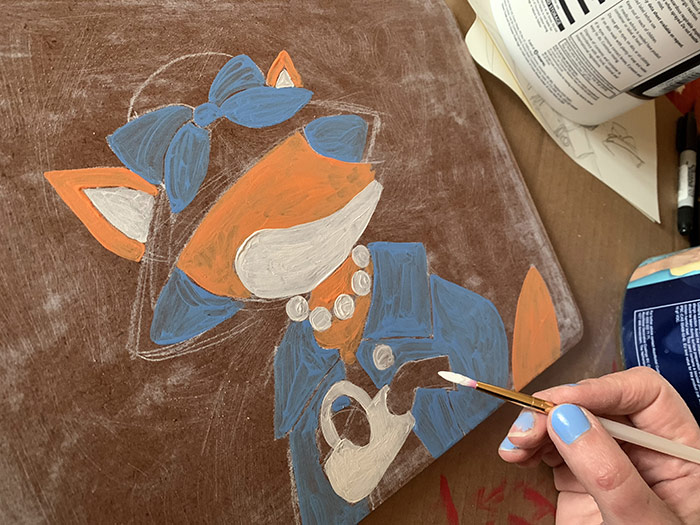 One thing I discovered while I was doing the alligator picture: my Pentel brush pen would only draw on some paint surfaces and not on others. It handled the Dulux Nutmeg White beautifully, but won't sit at all on the Pepper Red or Berry Smoothie pink, and I get mixed results with the other colours. (I think the 'easycare washable' kitchen and bathroom paints repel the ink more than the standard wall paints.) I could get around this by using black paint instead of ink, but I like the control the brush pen gives me. So for the fox picture, I left intentional gaps between the colours to let the ink go straight to the wood. 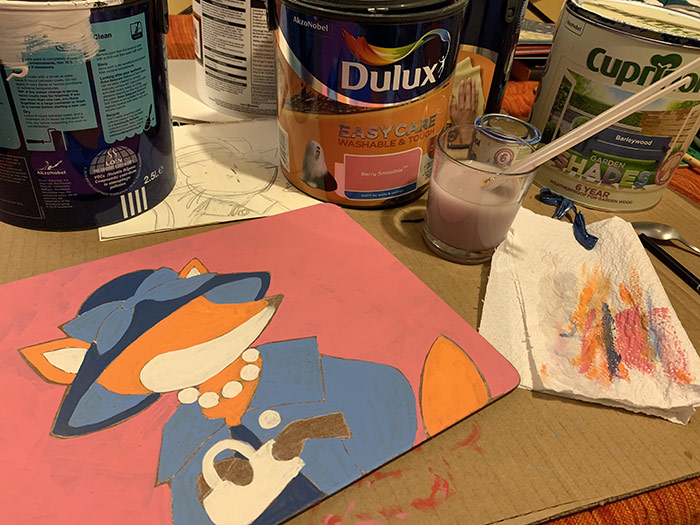