I remember, somewhere in my schooling, studying about the village of Bournville, on the outskirts of Birmingham, founded by the Quaker Cadbury family for employees of their chocolate factory and intended to be a model for how factory workers could live well. So I'd always wanted to see it, and at last, I had a good excuse - Bournville BookFest! 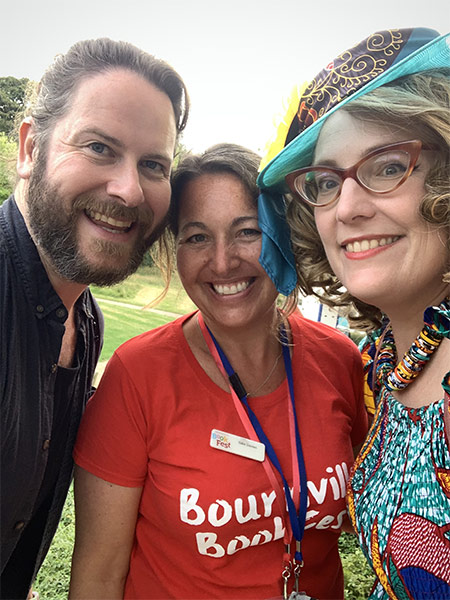 First, the festival itself: here I am (with curly hair) with writer-illustrator Steven Lenton and Sala Davies, Marketing manager from the local Bookshop on the Green. This year the festival was hosted by Woodbrooke Centre, formerly George Cadbury's family home. And it was lovely! 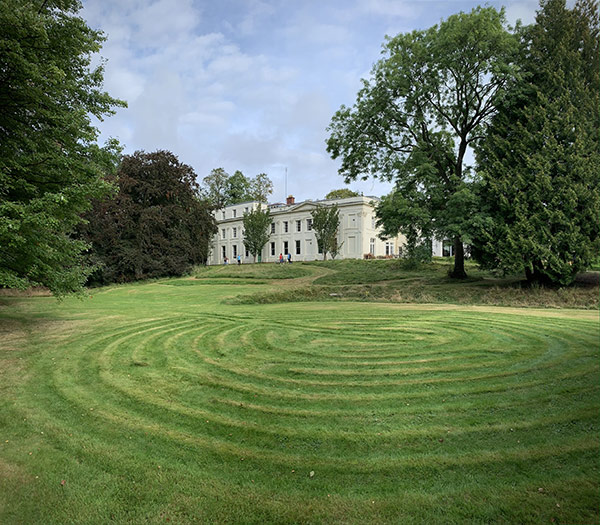 The centre had been closed all through the pandemic, and we were the first group they opened for, so we felt very honoured to be their guests. Here are a few pictures in the early morning, before all the festival visitors arrived. 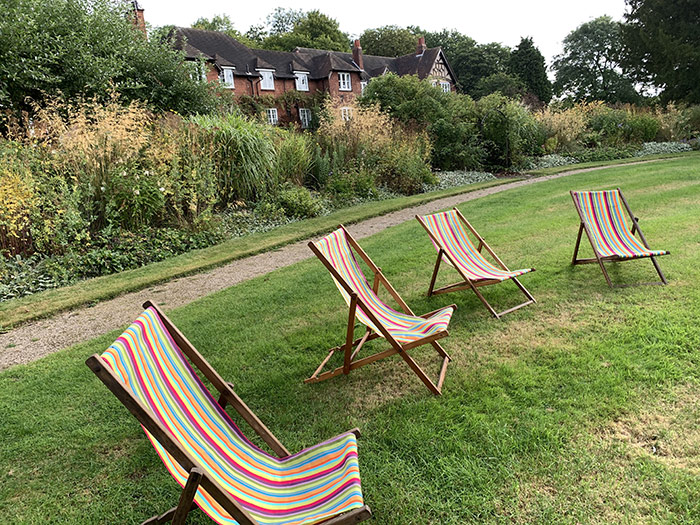 My second Grumpycorn picture book, Don't Call Me Grumpycorn, launched right at the beginning of the pandemic, and didn't get much of an outing, so it was great to give it some spotlight attention. (My husband, Stuart, took this photo in the walled vegetable garden.) 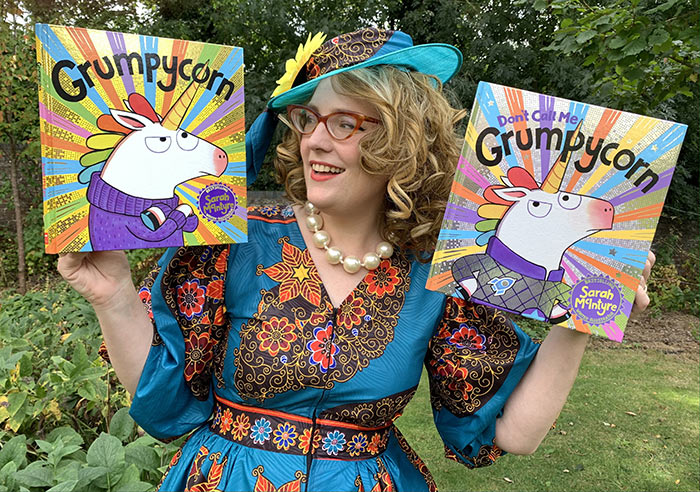 And then people arrived... and were so wonderfully enthusiastic! It really felt like people were making the extra effort to come along, and enjoying themselves all the more because there had been such a lack of this sort of thing. This girl make this Grumpycorn book cover at my event, and then she and her mother went away and wrote a whole story inside and showed it to me after my second event. Nice work!! 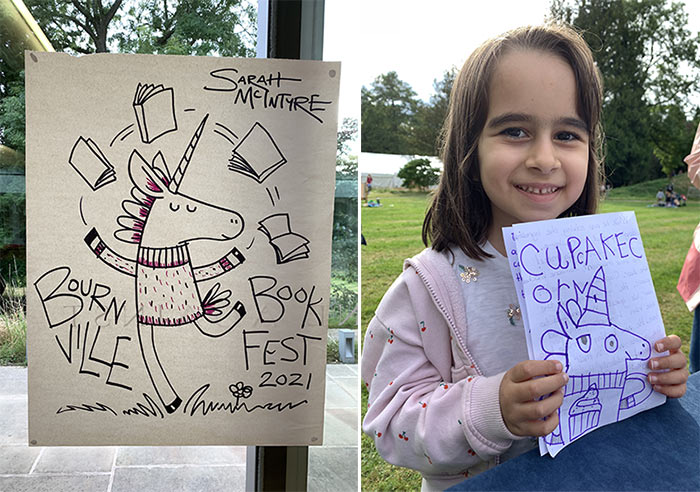 I should add, the Centre for Literacy in Primary Education (CLPE) today published a report called The Power of Pictures, that shows - with good research - how pictures and drawing help children's literacy. And it's something I've seen all along, how when children draw something, the ideas and words then pour out of them. 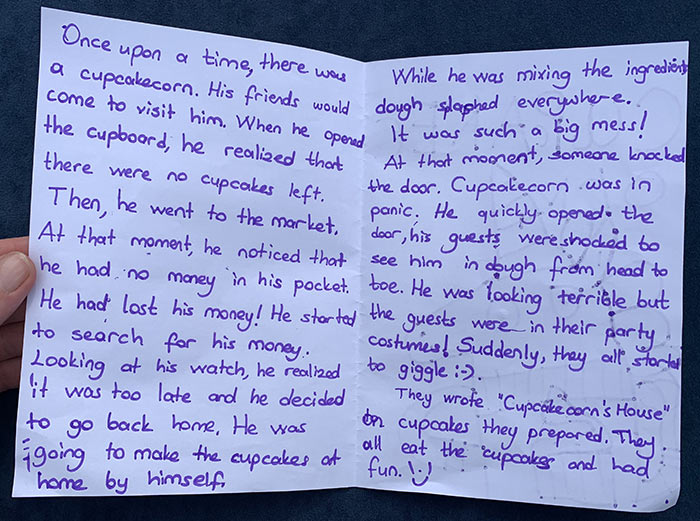