Yesterday I went to the last southern stop on the Northern Line to make an Author Visit to Hillcross Primary School... 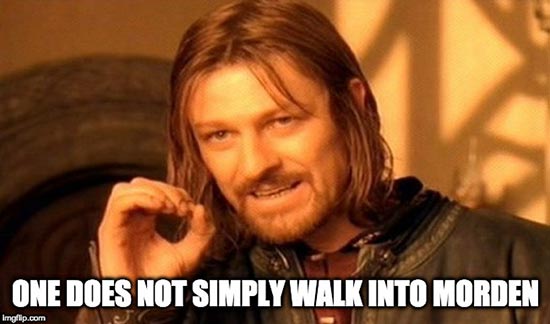 ...No, one simply SASHAYS into Morden, followed by a dramatic twirl! I wasn't going to accept any more school visits for the year, but Assistant Head and teacher Lee Christy (pictured here) got in touch to invite me; the last time I visited Lee's school, it was one of my best visits EVER. (You can read on a previous blog about how they put on a whole Arts Week featuring my books - it was incredible.) So I took it on, knowing this one would be good, and it didn't disappoint!! 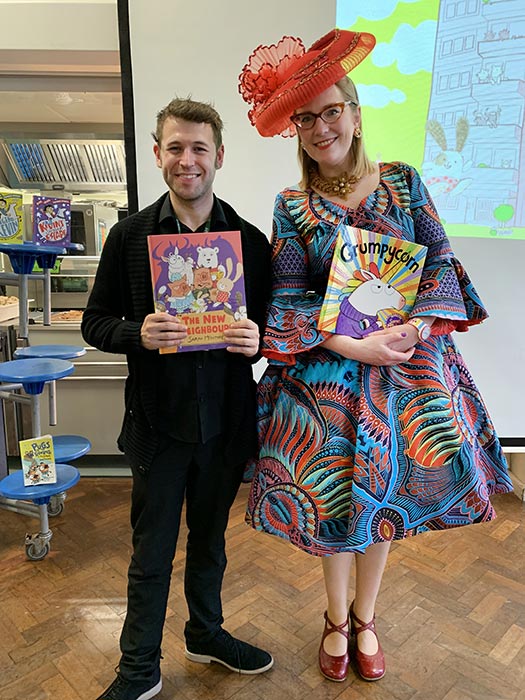 Here I'm doing an assembly about the Roly-Poly Flying Pony books I do with Philip Reeve. 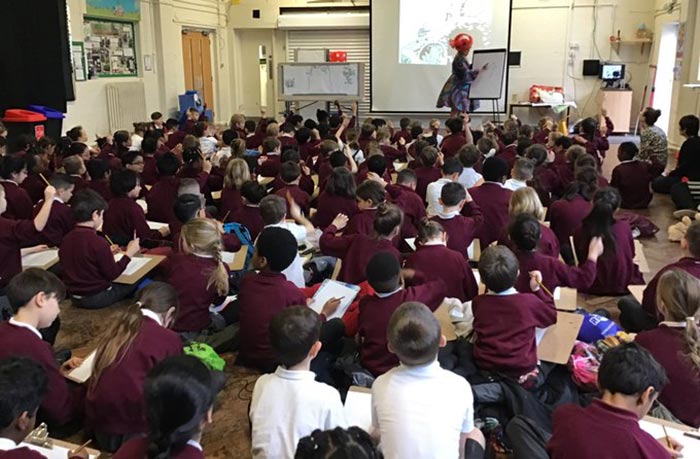 I talked about how we think up ideas for the stories and characters together, and then Philip writes it, but phones me up whenever he wants more ideas. And then I do the artwork, but often when I'm pinched for time, Philip will come to my studio and we'll work through the early-stages pencil roughs togehter. So the books are very much collaborative and co-authored.

I did three assemblies, and it was great to see the children were already familiar with many of my books. These were followed by a special tea party with the children who had won Golden Tickets for taking the most interest in reading and engaging with books. Then Lee and the school's Headteacher Lisa Francis took me to the hall where the whole school had set up an exhibition of work they'd done, inspired by my books. It was very overwhelming, in a good way!!

I'll go around the room and show you some of the work from the youngest children to the oldest. Here's an exhibition of monster art inspired by Morris the Mankiest Monster, the first children's book I illustrated in the UK, written by Giles Andreae: 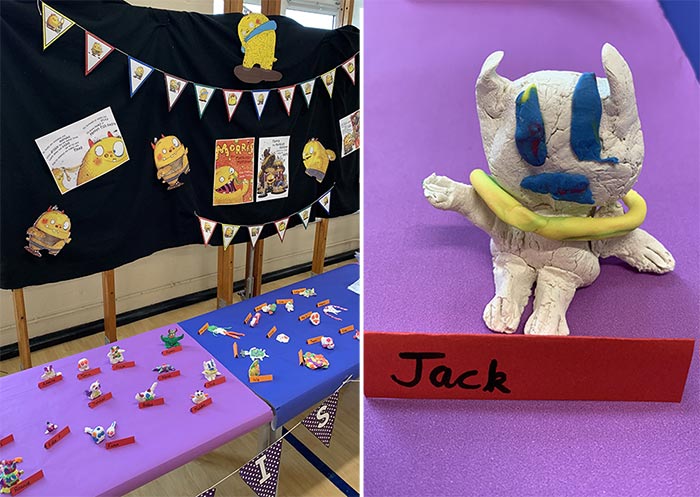 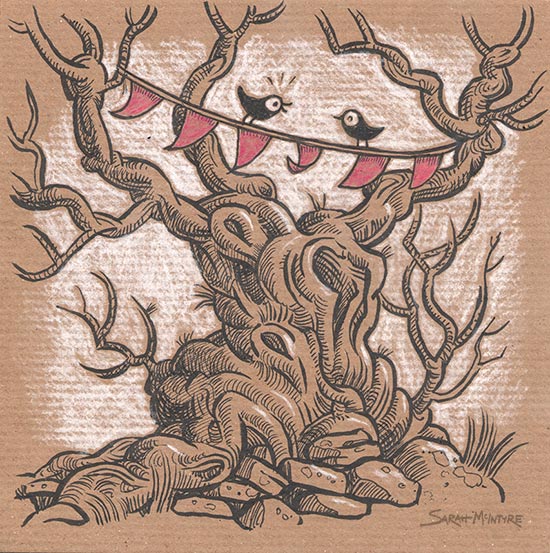 I'd never been to the Isle of Wight, so I was thrilled when my husband Stuart and I got to cross the Solent for their Story Festival! This little chappie was so excited, he got his mum to help him make a matching Grumpycorn jumper for his flying unicorn, Rainbow Flair. How cool is that! 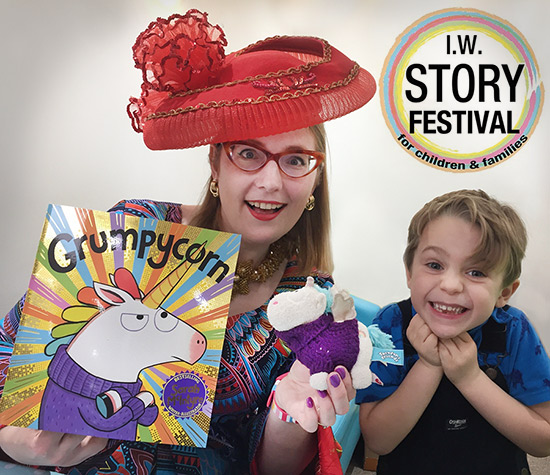 It's surprisingly easy to get to the Isle of Wight from where we live in London, just a train to Southampton... 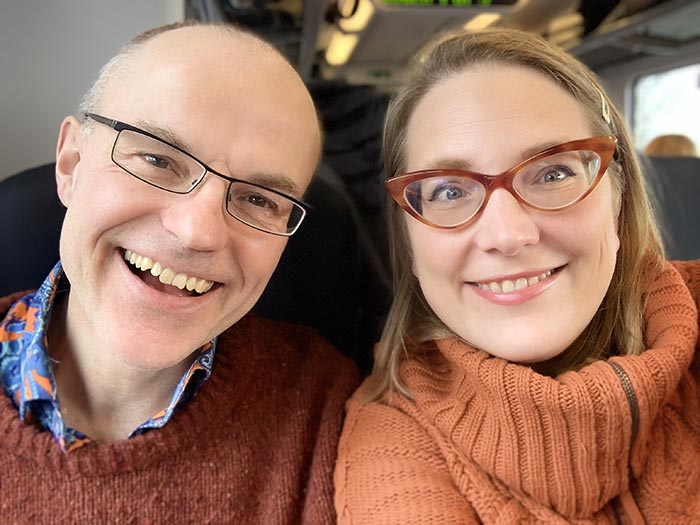 ...and then a hop across on one of these Red Funnel ferries to Cowes.

I love this sequel cover to Oliver and the Seawigs so much! This could legitimately be a cover to pitch to a publisher, with its great use of spacing, lettering and a strong image. What a great project idea! 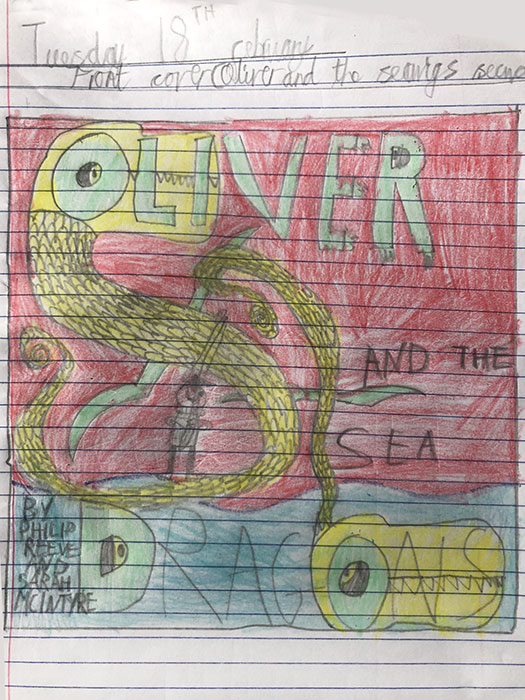 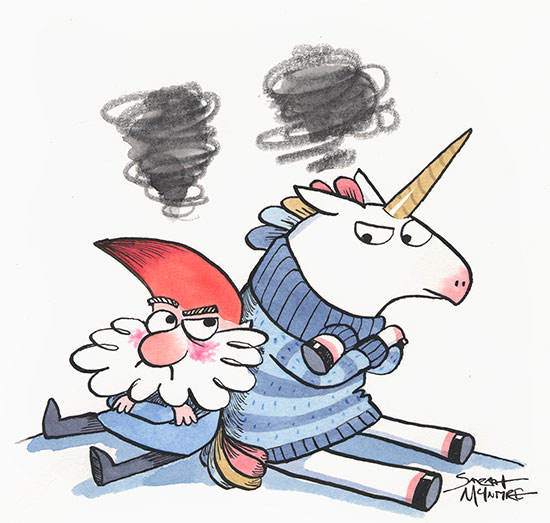 You can read more about Fred and his process over on his agency's blog here!

Today was the big day! Philip Reeve and I got to see the new Pugs of the Frozen North show, based on our book! 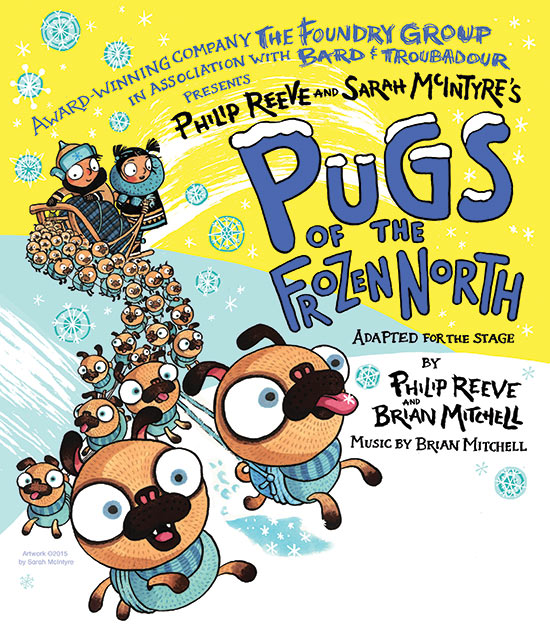 Here we are on the train to Brighton with my husband Stuart, Philip's The Illustrated World of Mortal Engines co-author Jeremy Levett, and artist Valisa Higman, who's from the town of Seldovia, Alaska, the real-life inspiration for Snowdovia in our story. 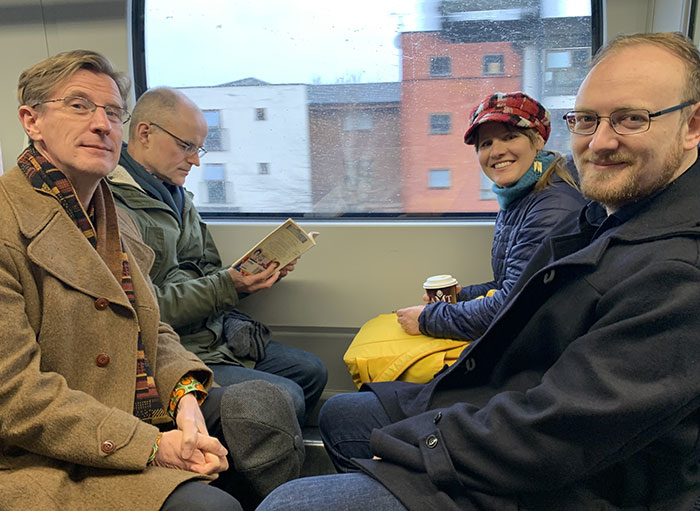 And it was terrific!!! The Pugs of the Frozen North story has a huge cast of characters, but in the show, they're all played by just THREE actors, which works remarkably well and makes the show even funnier. And who plays the necessary SIXTY-SIX PUGS? Why, the audience, of course! Yip yip! 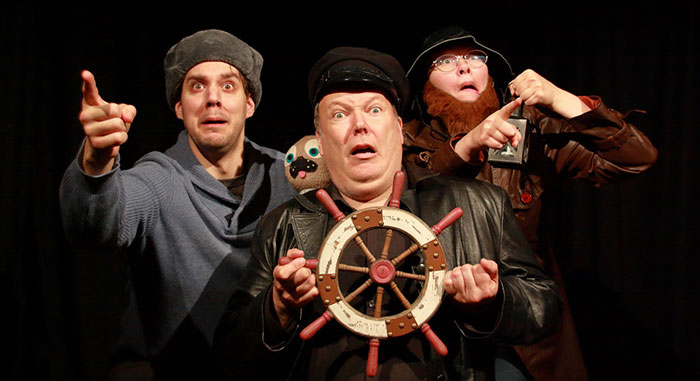 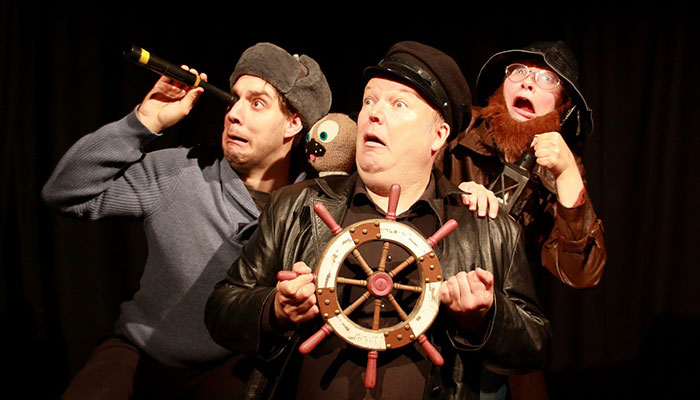 I knew two of the actors, Brian Mitchell and Amy Sutton, from their earlier play with Philip, The Ministry of Biscuits. (Brian co-wrote both plays with Philip and composed the music.) 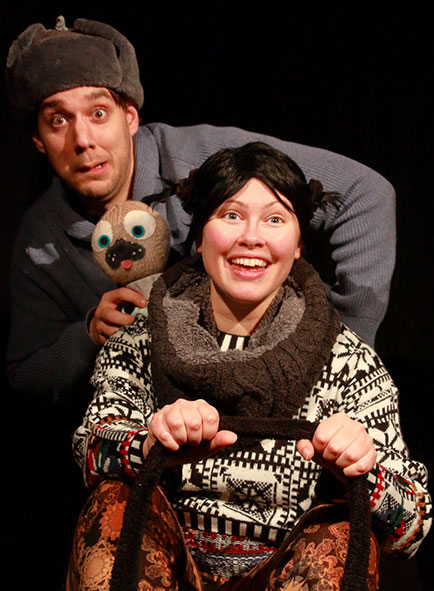 This time they were joined by Joshua Crisp, who played Shen, a yeti, a Snowdovia sports commentator, and possibly quite a few other things. And two solid chairs did a lot of hard work as a sled, a bed, and a shedload of snow. 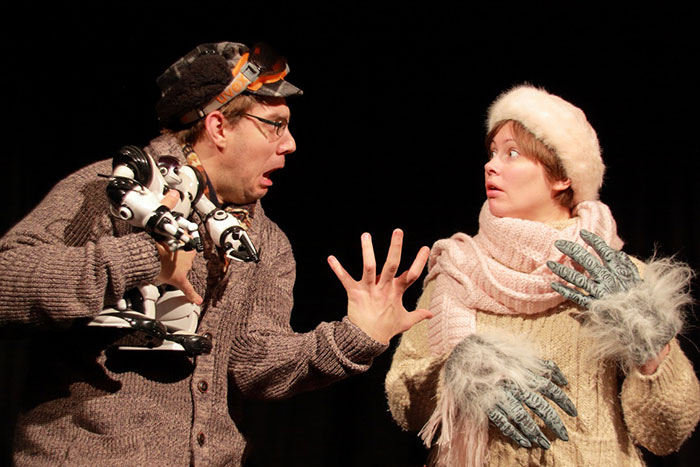 Here are some drawings I made of trees on Dartmoor a few weeks ago, when Valisa and I were staying with the Reeve family. Dartmoor has the most amazing trees. I experimented with a few different things while drawing these: background vs no background, simple vs more complex, anthropomorphised trees, using white on brown to make the trees stand out more, various ways to show the twists and turns of gnarled branches. 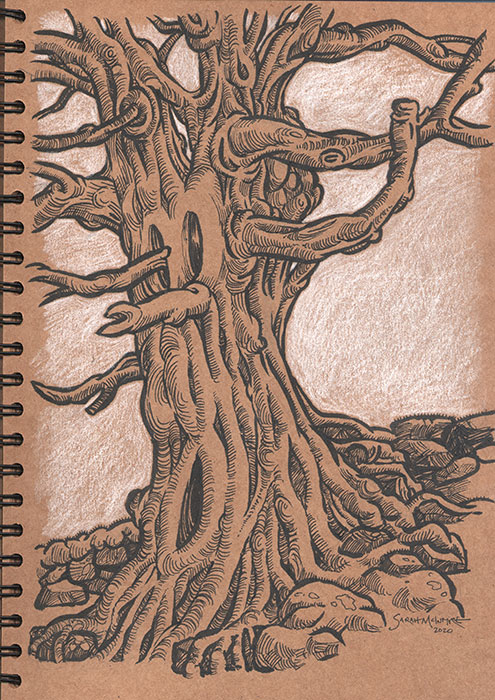 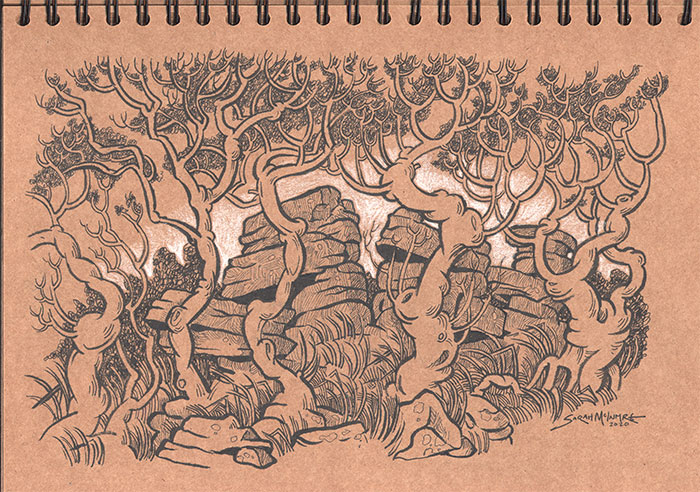 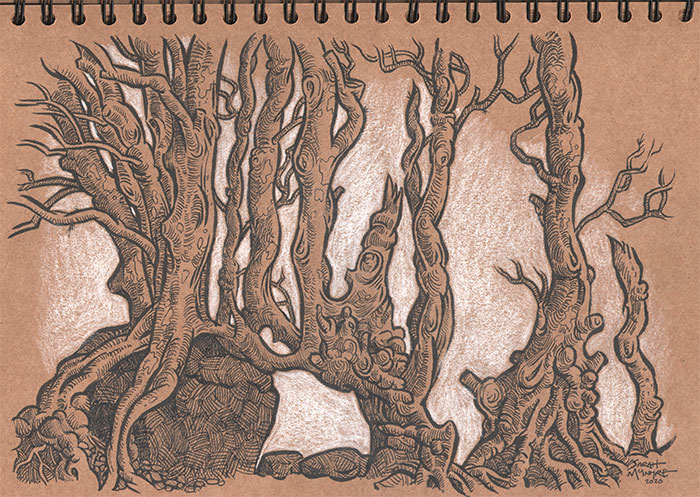 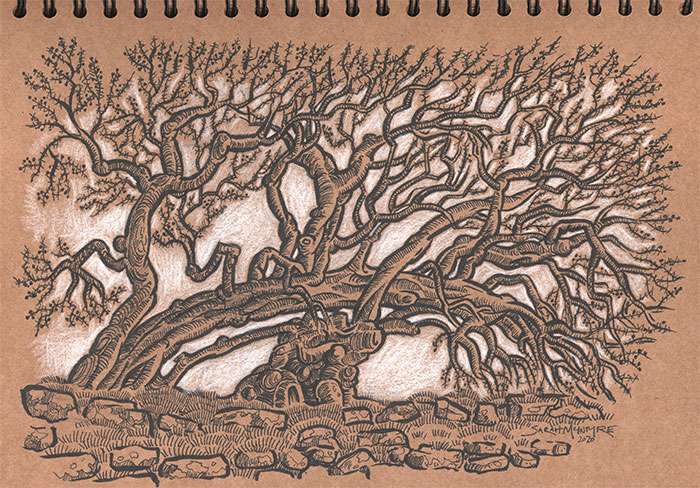 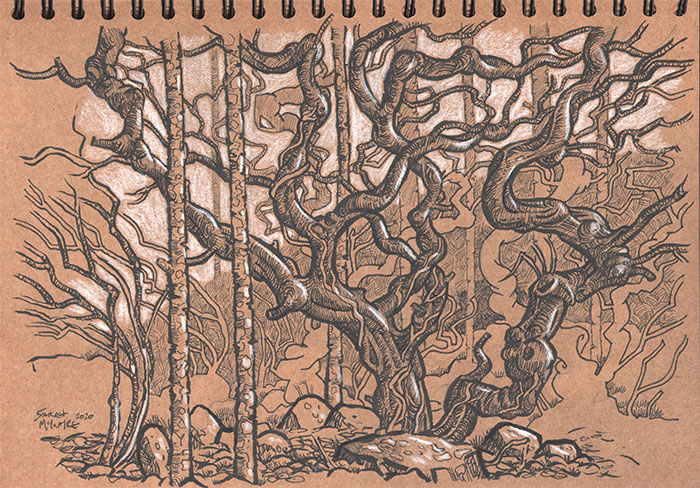 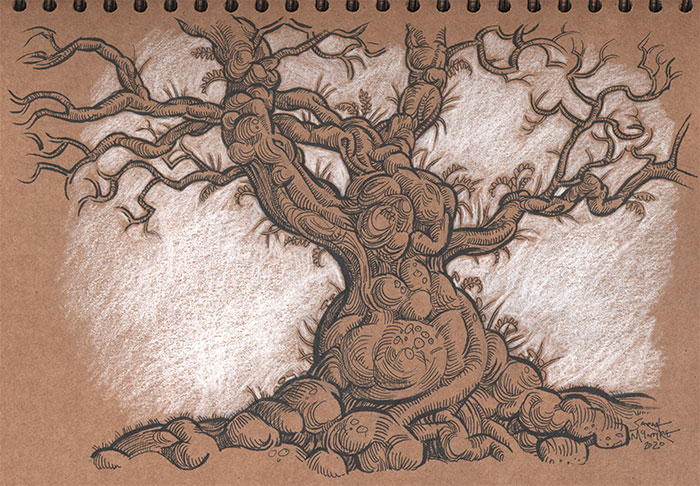 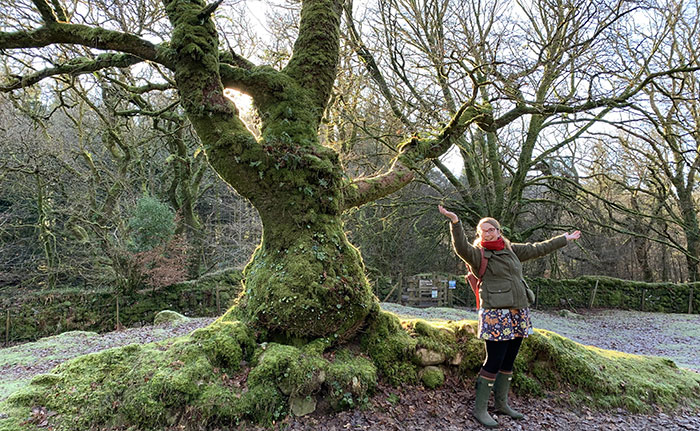 (See previous posts from Dartmoor, including a visit to Alan Lee's studio - he's a master at drawing trees.)

Once again I headed out to Leicester for their brilliantly organised Author Week. This time it was 'Author Week on Tour' because they weren't busing in children to the Tigers Rugby Club but taking us out to the schools. But I was glad to spot a familiar hotel carpet: 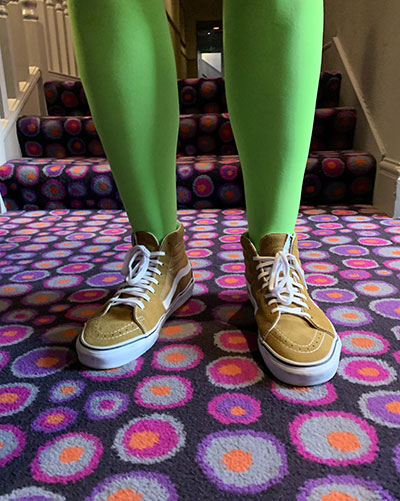 Leicester Author Week is part of the Whatever It Takes programme, when Leicester decided they were going to do 'whatever it takes' to get their children reading. 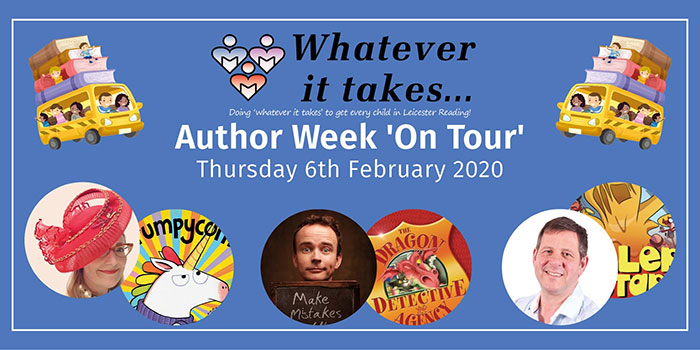 My Author Week events always go well because Dan Routledge comes along with me, whether it's getting the kids to tell him their jokes or introducing me to school staff. Here's our first stop, at King Richard III Infant and Nursery School. 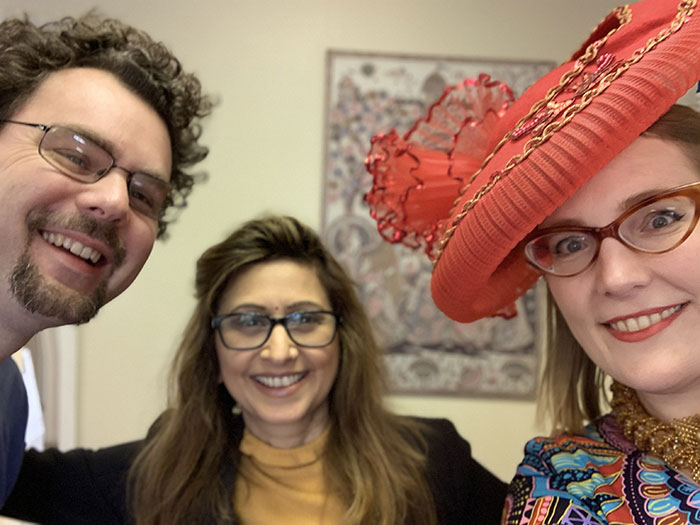 I did a big assembly featuring Grumpycorn and then worked with Years 2 and 3 on creating their own unicorn-themed picture books. Grumpycorn's perfect for this, in that it's all about someone trying to make a book. Here are some of the books we came up with, at King Richard III and at the second stop, Mayflower Primary School

A book's a book even if it's only two pages long! And an author is someone who has finished making a book. So here are several children becoming authors: 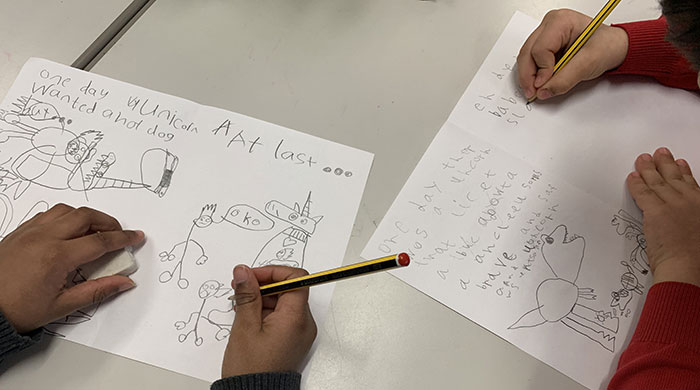 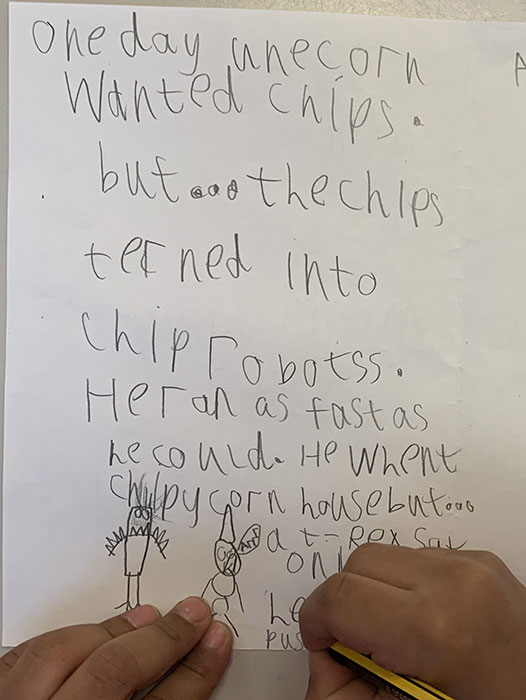 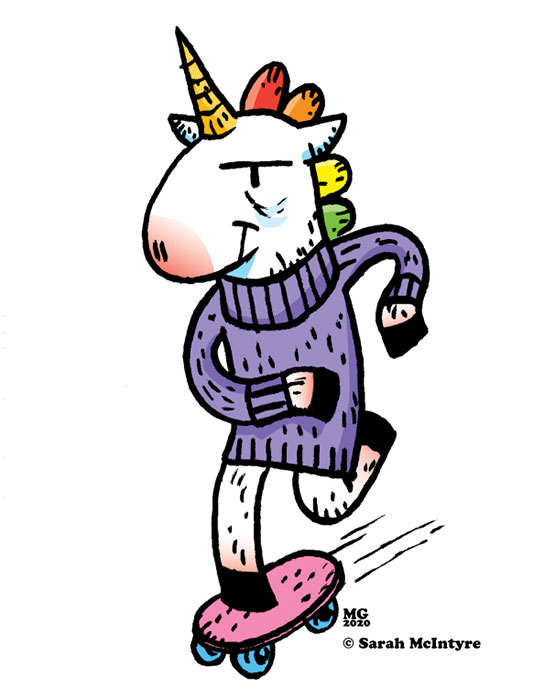 My friend from Alaska Valisa Higman is staying with me for awhile, and the other day we went to the Museum of London. 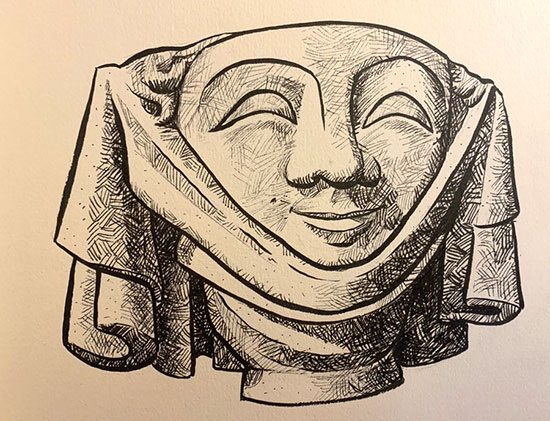 Here are some of my highlights, things that were fun or quirky or sweet: